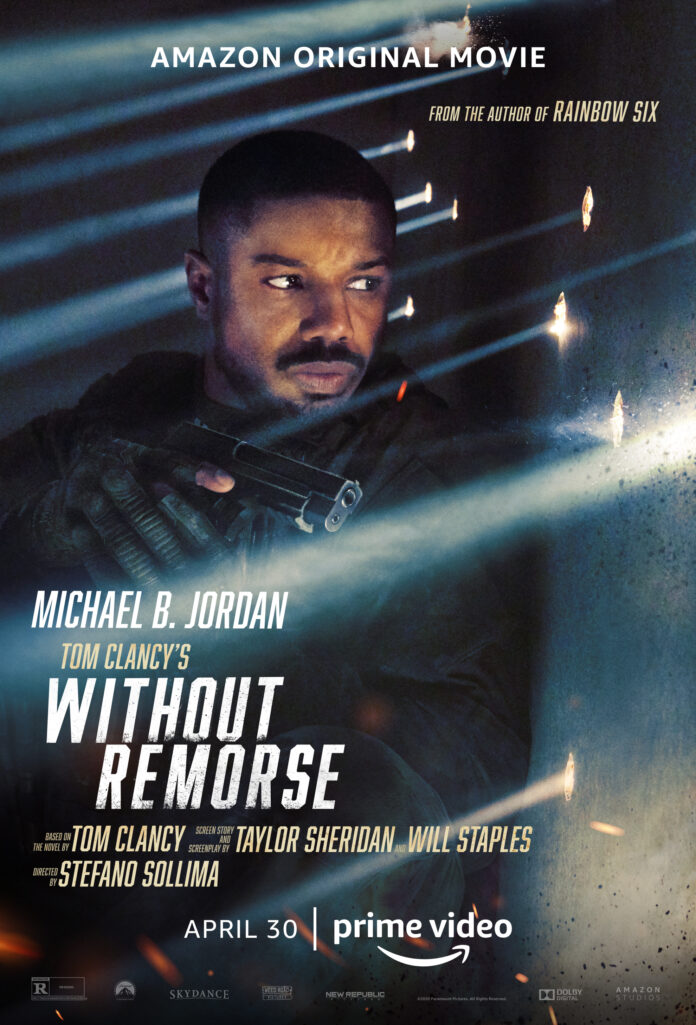 When we saw the Without Remorse trailer marked up as such land in our inbox it was with trepidation that we opened it believing that ITV’s Head of Programming had been sacked but not before he had managed to commission a raft of programmes to be headed up by oxygen thief and full time salad dodger Gemma Collins. Mercifully we found that it’s the run gestating film adaptation of Tom Clancy’s 1993 novel of the same name that’s been in development since the early 90’s. The Without Remorse trailer follows an elite Navy SEAL who uncovers an international conspiracy while seeking justice for the murder of his pregnant wife.

When a squad of Russian soldiers kills his family in retaliation for his role in a top-secret op, Sr. Chief John Kelly (Michael B. Jordan) pursues the assassins at all costs. Joining forces with a fellow SEAL (Jodie Turner-Smith) and a shadowy CIA agent (Jamie Bell), Kelly’s mission unwittingly exposes a covert plot that threatens to engulf the U.S. and Russia in an all-out war. Torn between personal honor and loyalty to his country, Kelly must fight his enemies without remorse if he hopes to avert disaster and reveal the powerful figures behind the conspiracy. 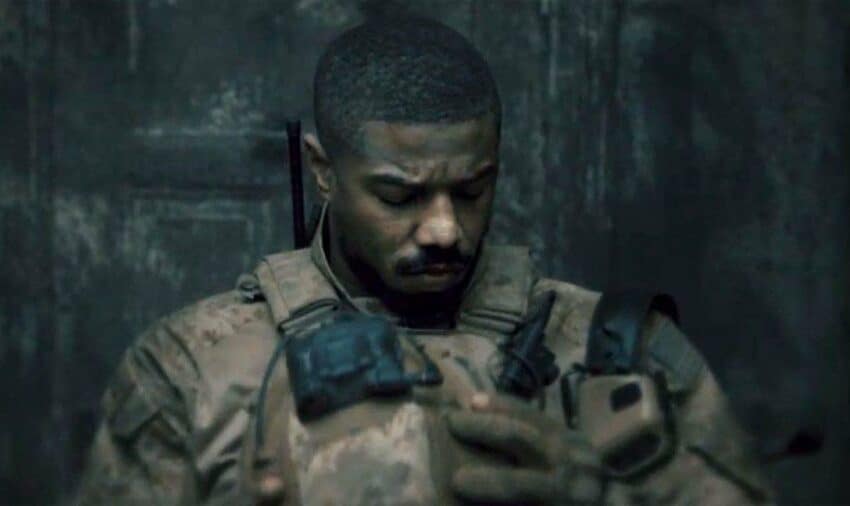 From what we see this looks like an explosive origin story of action hero John Clark – one of the most popular characters in author Tom Clancy’s Jack Ryan universe that was originally intended for Keanu Reeves to play way back in 1994 but he turned it down and Laurence Fishburne was lined up to play the role but the production was shut down before shooting began. 2012 saw the film also made with Tom Hardy in the lead role and directed by Christopher McQuarrie before it was finally announced in 2018 that Michael B Jordan will star. (see him with Jamie Foxx talking to us HERE).

Without Remorse will be on Amazon Prime from April 30th 2021

Here’s the Without Remorse trailer…….