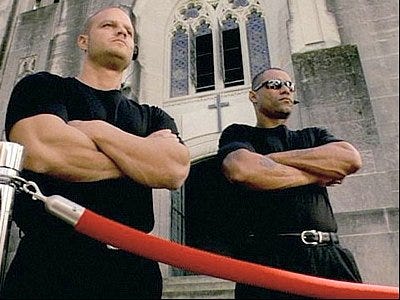 Once again the UK’s leading actor Ross Kempp (that’s what it says on his email anyway) gives us another glimpse in to life of a jobbing actor….. ‘It’s no secret, times are hard for everyone right now as Covid-19 sweeps across the land. I’ve tried to make the best of things, such as having a Zoom conference calls with punters needing a pick me up message at a bargain £10 a go (still available – book now!)but sadly there’s only so many time’s your Nan can ring in to make it feel like your achieving. I took the bold and unprecedented step of deciding to get right to the front line in the fight against Coronavirus, namely by joining the ranks as a security enforcer for premiere shopping store, Home Bargains.

I actually knew the previous muscle, Slippery Sid, from our days doing the doors in Southend. I gave him a bell letting him know I was taking on his legacy and he gave me some very helpful advice, namely where he stashed a few cans of Kestrel for when times got hard but also more importantly which checkout girls were single.

Having had a briefing by Sid I felt I was ready to guard the doors once more. It took some getting used to, particularly with the new social distancing gig. On my first day I made a slight error of judgement turning up in a tuxedo, which hadn’t had an airing since the TV Quick awards, informing would be shoppers it was couples only and no trainers allowed. Apparently this was not the approach to take in retail as it wasn’t to be run like a night club.

Anyway the following day I decided to prowl the shop floor instead, looking for any rule breakers. Sloping around the gardening aisle like a silverback gorilla beating my chest furiously, I spotted my first piss taker of the day. The crime? I believe he got within a metre of another customer, a CLEAR breach of rules. Steaming in, I utilized some swift hand to hand techniques to neutralize the assailant before calmly directing him out of the store…….well that’s what I wrote in my incident log for my manager Sanjay anyway.

A crowd of onlookers had gathered, presumably to either ask for signed photos or get tips on the enforcing masterclass I had just delivered. However I quickly realized they too were within a metre of each other so as a show of force I instant armed myself with a Nerf gun from a special offer display, firing a salvo in the air similar to the scene in ‘Point Break’ to show I meant business.

After finishing my shift on Thursday I timed it to perfection, pulling the Capri onto my drive at 8pm on the nose. Stepping out of the motor I was greeted with a wave of applause and pan banging. I was overcome me with emotion and a sense of pride. I wasn’t expecting news of my back-against-the-wall courage in the gardening aisle to have made it to my neck of the woods this fast but never the less I saluted each and everyone of my neighbours.

In the fight against Covid-19 I’ve recently seen some businesses are running checks on people entering, which makes obvious sense and the following day, having been put back on shop door duties, I decided to do my own checks. As it wasn’t clarified what exactly I had to do, I used my initiative which is a sign of any genius. Apparently, and stay with me on this, tying someone to a chair splashing them with petrol until they confess to having Covid-19 is NOT in line with company values. I know, I know, I found it hard to believe as well. I swore blind to my supervisor I had seen that method in a training video. It was either that or Reservoir dogs – I can’t be sure which.

Anyway, I like to finish my piece as always with something to get the mind going. Today, I leave you with the wise words of my manager Sanjay. “Once you’ve cleaned the curry stains off your jumper, you’re sacked and no, you’re not getting a reference. Now get out!”. 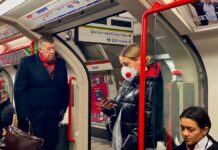 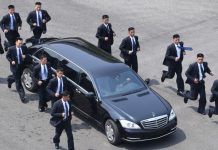 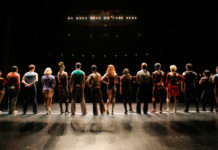