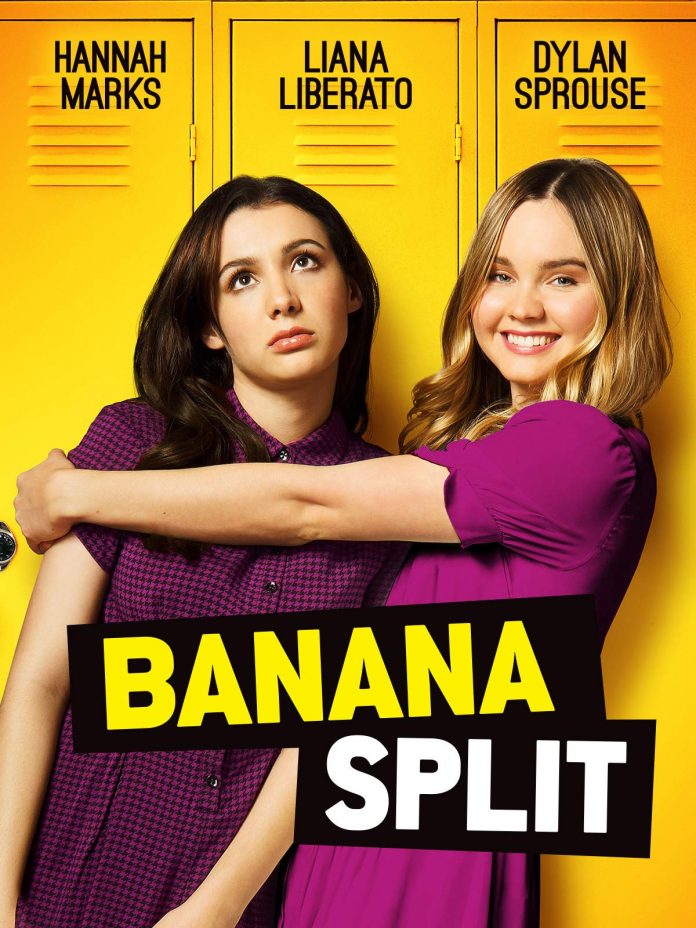 Out and out hedonism alternates with increasing trepidation as the A Level results get closer usually defines that period between high school and University. This year is different insofar as the Covid-19 pandemic , as managed by an albino haystack Prime Minister, has shown it’s probably best suited to make preparations to be bulldozed into a mass grave like an unwanted Christmas pet. Banana Split is set during that school / Uni hiatus where friendships end as do teenage romances which is what happens to April (Hannah Marks) with her boyfriend Nick (Dylan Sprouse with a head of hair befitting of being swished around in a mountain stream for a shampoo commercial) in a swift opening 10 minutes where they fall in love, get jiggy, fall out of love and spilt up. They’re like a married couple going through a divorce without self serving solicitors prompting them to spend thousands of pounds in legal letters arguing over the dinner service they were given as a wedding present.

April, who is going to Boston University is heartbroken at the break up but puts a brave face on it with her divorcee mother and her splendidly lewd 13 year old sister and their home scenes are one of the highlights of the film as the sisters are foul mouthed funny and her mother is a little too much of an over sharer about her own post divorce dating needs. At a house party into the mix comes Clara (Liana Liberato) a pretty new girl from out of town who April finds is now Nick’s new girlfriend and what could be a drunken teenage cat fight never really starts and both form an almost instant friendship seeing kindred spirits. But they decide that their friendship is a secret one and neither are letting Nick know. At the same time the girls & Nick have a mutual friend Ben (Luke Spencer Roberts), a ginger flop haired kid with the sort of pale complexion that would get him skin cancer just by opening a holiday brochure and it’s him who finds himself awkwardly stuck in the middle as he knows exactly what’s going on.

Hannah Marks and Liana Liberto are a great pairing with Marks all tough and sparky yet still hurting and Liberato coolly hip but ultimately lost not knowing what she wants to do with her life. Inevitably their friendship has pitfalls and as ever its boys who get in the way. Nicely scripted and well directed this is a chick flick that will be greatly enjoyed  and proves that both leads have a great future  ahead of them.

BANANA SPLIT IS RELEASED ON DIGITAL DOWNLOAD ON 8TH JUNE 2020 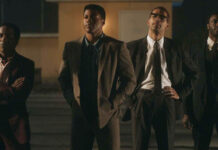 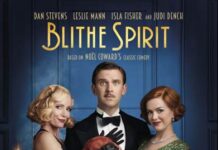 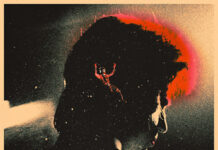