Much was made of the Duke of Edinburgh award which sixth formers were persuaded into taking part.  A series of challenges that if successfully completed would be a significant plus for any university application. Though quite why any self respecting university would deem casual racism, overt xenophobia and organizing fatal car accidents as a plus is anyone’s guess. But ‘ Get Duked ’ is based around the same Duke of Edinburgh awards with three Scottish schoolboys – Dean, Duncan and DJ Beatroot  told they’re doing it whether they want to or not and are joined by Ian (Samuel Bottomley) who is only too keen to complete the tests. So off they all set in the school minibus with their teacher Mr Carlyle who dumps them in the Highlands telling them to find the first meeting point as he drives off.

With only Ian capable of getting them there the other three are more interested in the dodgy exploding stash of hash they’ve bought with them and DJ Beatroot, who sees himself as the future of the UK rap scene, instead plasters the Highlands with his own publicity stickers. He’s also the one least suitably attired in an all white tracksuit and trainers combo. He blends in to the surroundings like Gemma Collins at an anorexia support group and makes them easy targets for The Duke & Duchess (Eddie Izzard & Georgie Glen) a pair of murderous shotgun wielding aristocrats determined to exterminate them in a sort of genocidal cull of the working classes. Thrown into the mix are a pair of coppers believing that there’s a bunch of terrorists on their Highlands patch which, if they can catch them, will save their tin pot office from closure. Predictably it all goes wrong with the lad’s predicament getting ever worse when they lose the minibus, their teacher falls prey to an horrific misunderstanding and the locals introduce them to the hallucinogenic power of rabbit poo! Written and directed (and edited) by Ninan Doff this is indebted to The Inbetweeners with Jay as DJ Beatroot ,  Will as Ian , Neil as Duncan and Simon possibly as Dean and Get Duked nods to horror notably with The Duke & Duchess wearing tatty flesh masks like a West Lothian Leatherface.  Sam Bottomley, Rian Gordon & Lewis Gribben are fine in their roles as Ian, Dean and Duncan respectively but it’s probably Viraj Juneja as DJ Beatroot who has the marginally better role of the four.  Apart from Izzard there’s a reliable supporting cast of faces that includes Kate Dickie, James Cosmo, Georgie Glen and Alice Lowe (in throwaway role that wastes her talent).

Doff is a former music video director and he employs a variety of techniques to great effect perhaps best when the lads are tripping on rabbit poo but he captures some inspired moments in his debut film but Get Duked! is not without its problems. The boys aren’t as defined as perhaps those in The Inbetweeners and the script would have worked better without the class war theme and some gruesome moments sticking instead.  There’s plenty of source material to have drawn on and though it only runs for 85 minutes there is padding.  But as a calling card Doff has made a decent low budget debut

Here’s the  Get Duked trailer……. 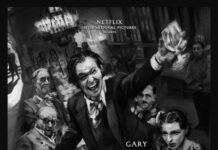 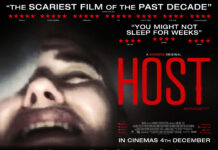 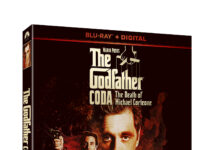