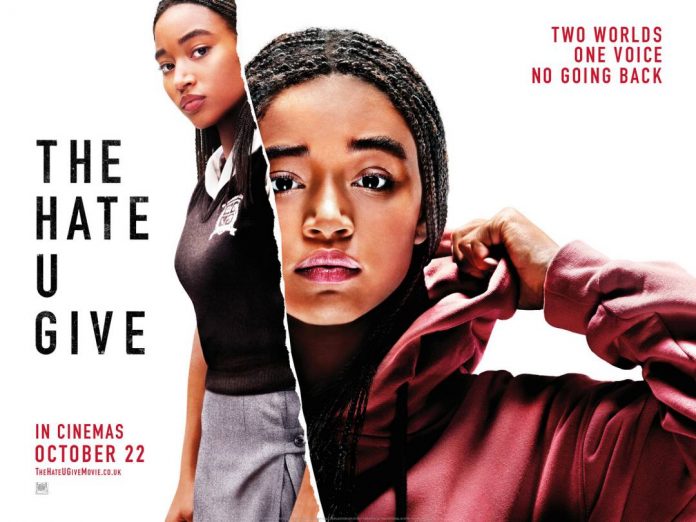 Rappers have always been an entertaining source of half baked platitudes. Many fail to see the irony of the tattoo, ‘Only God can judge me’ when they are standing in the dock at a court shortly before they’re sent down for life. The Hate U Give is a part of an acronym that rapper and failed bullet dodger Tupac Shakur cobbled together as part of his Thug Life acronym (The Hate U Give Little Infants F*** Everybody)  though we prefer Tosspot Halfwits Usually Go Loopy Inside Federal Establishments………but we digress.

Based on the novel of the same name by Angie Thomas who writes the screenplay also the film is centres around Starr Carter (Amandla Stenberg) the middle child of a hard working mother and an ex-convict father. Both instill in their children similar values from a different viewpoint. Her father gets them to remember a 10 point action plan from the Black Panthers and from the opening scene is teaching them how to behave should they get stopped by police without it ending in tragedy and you just know this is going to come up later in the film. Their mother on the other hand works hard to get them all to a decent predominantly white High School knowing that education is the way out from the lowly black neighbourhood where they currently reside and she wants better for them. 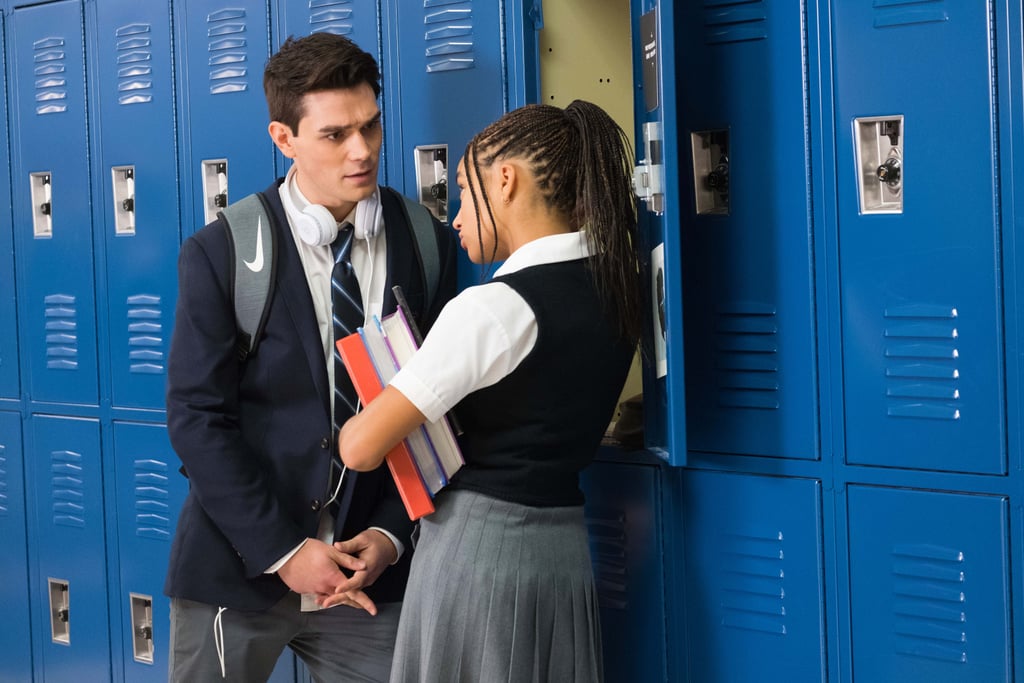 Amandla Stendberg is an absolute revelation in the lead role with a voiceover explaining that as she has white friends who appropriate ghetto talk to be cool whereas she leaves the lingo behind to assimilate with the others.  But this is just the beginning of her inner conflict and the fact that she has a white boyfriend only adds to it. But it’s at a house party where things go off the rails meeting a cousin Khalil (Algee Smith) who’ve not seen each other for some years and who she still has a crush  on and when they leave the party their budding romance is stopped when a white cop pulls them over. Having been told exactly how to behave in such a scenario by her dad she tells Khalil to do the same but either through arrogance, ignorance or just wanting to antagonize the officer he ends up getting shot dead in front of her. It’s as distressing and shocking to watch as it is for Starr and what unfolds is an investigation into whether what the cop did was justified with Starr being the only witness whose keen to remain anonymous.

But with a black community outraged at the incident and community tensions rising it’s Starr who finds herself increasingly conflicted as to what to do with both parents having opposing views. In a way it plays like Tom Wolfe’s classic The Bonfire of the Vanities without the satire as a lawyer politicizes Kahlil’s funeral urging Starr to testify not knowing that there’s a neighbourhood drug dealer King played by Anthony Mackie with a permanent scowl not wanting her to do so as Kahlil was one of his drug runners and the investigation will naturally shine a light on his empire.

The Hate U Give could so easily have fallen into that black empowerment oppressed by white officials but for much of its running time this is mostly well balanced so though the community are immediately critical of the white cop shooting a black kid it’s a black cop and family friend played by Common (Hunter Killer) who sets out what goes through every police officers mind when carrying out a traffic stop. Equally its critical of the appropriation of black culture by dippy white kids keen to be cool with little understanding of the black experience as seen with Starr’s friend Hailey (Sabrina Carpenter) who refers to her and Starr as ‘our people’ yet is only to keen to jump to conclusions when it comes to his drug history. It’s the same with a TV interviewer more interested in wanting to delve into Kahlil’s dalliance with drugs rather than the incident itself. Equally it shows that an indignant and outraged community are not going to solve anything by letting a protest degenerate into a riot.

If at times it does become a little bit of a polemic by the end The Hate U Give is a compelling piece of drama as much for the great central performance by Amandla Stendberg as it is for the, at times, challenging story.

Here’s The Hate U Give trailer……