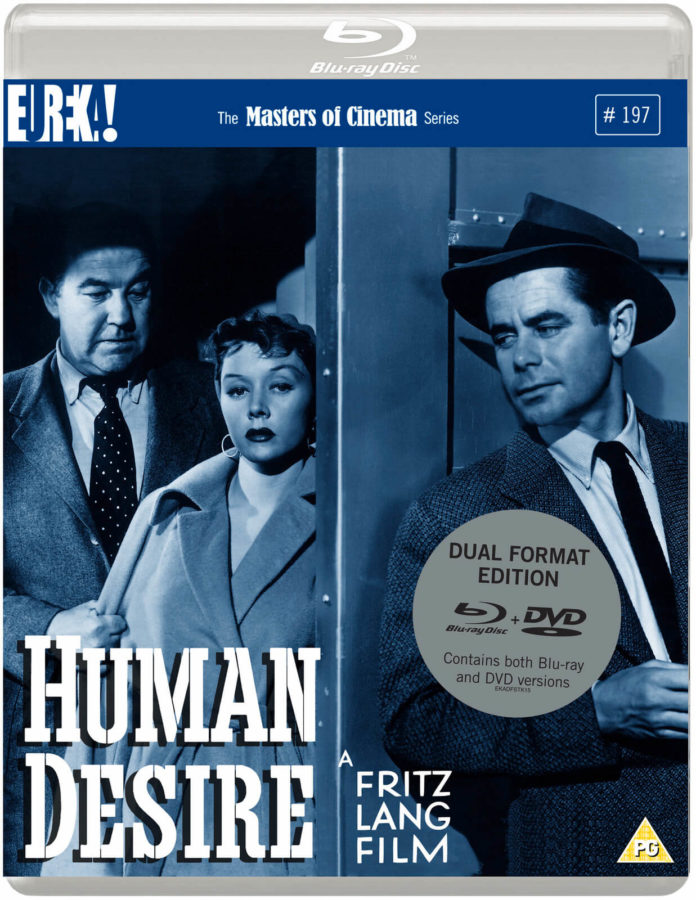 Latest from the Masters of Cinema series is Fritz Lang’s Human Desire which for the first time is released on Blu Ray. Lang had started off in German expressionist cinema and had gone on to make the still influential ‘Metropolis’ in 1927 and the incredible ‘M’ starring Peter Lorre as a child murderer. His American films were not quite as impressive but one of his better films was undoubtedly Human Desire. Based on a book by Emile Zola the film was actually inspired by Jean Renoir’s 1938 ‘La Bête Humaine’ and it was that film was based on Zola’s book. The film had been instigated by the Head of Columbia studios love of the French film and wanting an American version. It would not be easy because the book with its pessimistic and down beat ending and dealt with …well a psychopath who kills passengers on the night sleeper train and writer Alfred Hayes had to tone it down somewhat for American audiences. 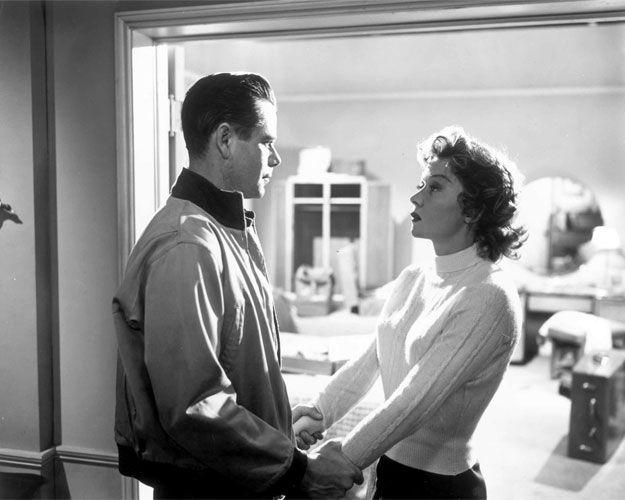 The story followed a Korean war veteran played by Lang favourite Glenn Ford now working as a railroad engineer who becomes embroiled in an affair with a passenger who is a victim of domestic abuse from her older husband who also works for the rail company. It was this rail way setting that would provide the initial problems for shooting the film because when locations were scouted with the various US rail companies who were only to keen to get their trains in a major feature film only to find that the script and its script plot of a psychopath killing the sleeper passengers was not the sort of film they wanted to be involved with. The news of the films story quickly passed around the rail companies who one by one refused the production any co-operation. So the studio turned to Canada but the Head of Columbia studio had intended the film as a vehicle for Rita Hayworth but at the time she was involved with a number of legal wranglings that prevented her from leaving the US. In the end the film was shot in the US with Gloria Grahame as the femme fatale with production helped out by a rail shareholder and executive who let them use a stretch of railway and its workshops & offices. Despite the film being shot in late Autumn the film was set in the summer and the 35 days shoot was an arduous one as the crew did their best to avoid the occasional days of snow. Released on 6th August 1954 the film did especially well in France where the studio feared it would be slated as a poor  imitation of Renoir’s 1938 version.  Human Desire is a great yet now long forgotten film and though its slightly dated it is a superb bit of hard edged film noir running a brisk 91 minutes.

On blu ray for the first time it’s a great transfer though the disc is thin on bonus features with only a trailer and admittedly a decent interview with film historian Tony Rayns an extremely erudite and informative guy who talks uninterrupted and at length about the film in fascinating detail. Also included with the disc is a 40 page collectors booklet with some rare photos.

For fans of film noir Human Desire is a great film and well worth a look.