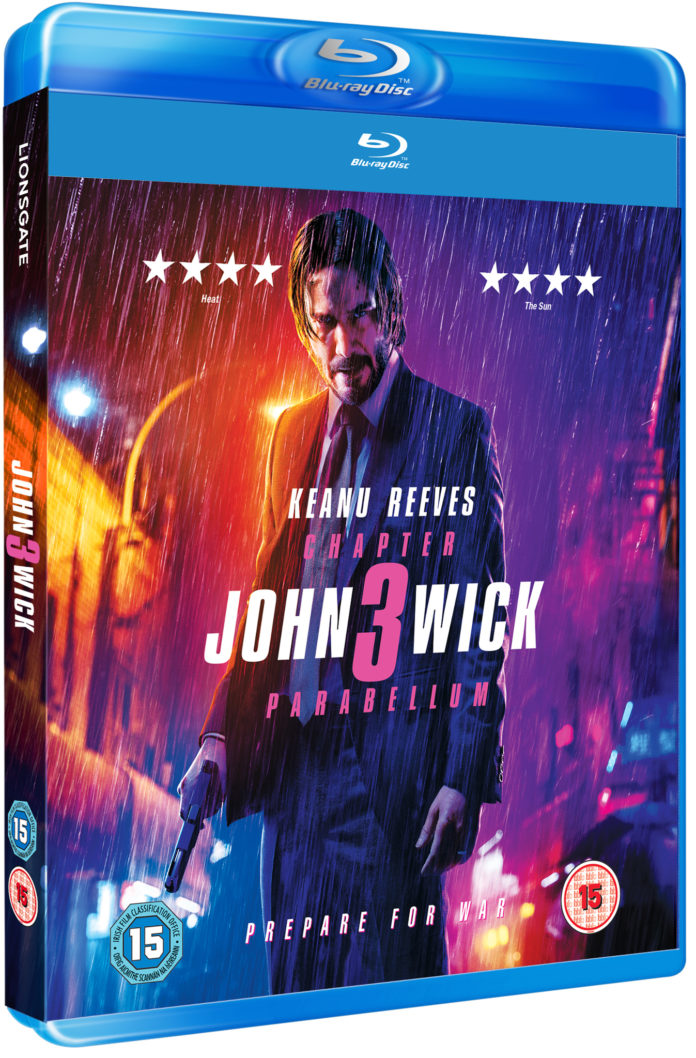 When 2014 came round and John Wick was released Keanu Reeves run of films had been far from impressive. The previous year’s $175m budgeted ‘47 Ronin’ had bombed catastrophically and for several years before nothing had been remotely memorable ….’Henry’s Crime’, ‘Generation Um’, ‘The Private Lives of Pippa Lee’ – anyone remember, let alone see, any of those?

John Wick was to be a game changer. Directed by Chad Stahelski an ex-stuntman who had worked extensively on huge action pics many of them starring Keanu Reeves including The Matrix trilogy, Constantine but also films such as Mr & Mrs Smith, 300, Die Hard 4, Rambo, The Expendables and The Hunger Games. If anyone knew how to put together an action scene then it was him. John Wick’s box office proved it making $88m from a $20m budget and a sequel was quickly greenlit which made more than twice as much so a third film was inevitable and the action has been ramped up even further. John Wick 3 Parabellum picked up directly off the back of Chapter Two with the hitman now with a $14million bounty on his head and seemingly just about every other hitman on his trail.

John Wick 3 Parabellum starts off a blistering pace with an astonishingly brutal knife fight amongst which was one of the many inventive fight scenes in the film – the other being one with Halle Berry and some crazy apeshit alsatians. As well as the regular cast Angelica Huston and bizarrely Jerome Flynn with a vaguely comic Johnny Foreigner accent joined Revs, Ian McShane and Laurence Fishbourne, Stahelski and his fight co-ordinators have come up with some inventive action sequences and the disc has a whole bunch of featurettes about the various sequences within the film with behind the scenes glimpses some of which might surprise as to just how much green screen work there is in the film including that John Wick on a horse vs Madmen on motorbikes.

Like the previous films its beautifully photographed and the transfer of the disc is excellent. The bonus features are extensive on the blu ray , less so on the dvd, but are generally EPK’s about how many of the sequences were made, Reeves and Berry’s practicing with firearms, the training of the dogs, bike stunts and so on as well as the trailers. What it is missing is a directors commentary but perhaps after so many featurettes there was little else the makers had to say and a blooper reel might been a bit of levity for a film that takes its action so seriously. All aside John Wick 3 Parabellum is a barnstorming bullet ballet.