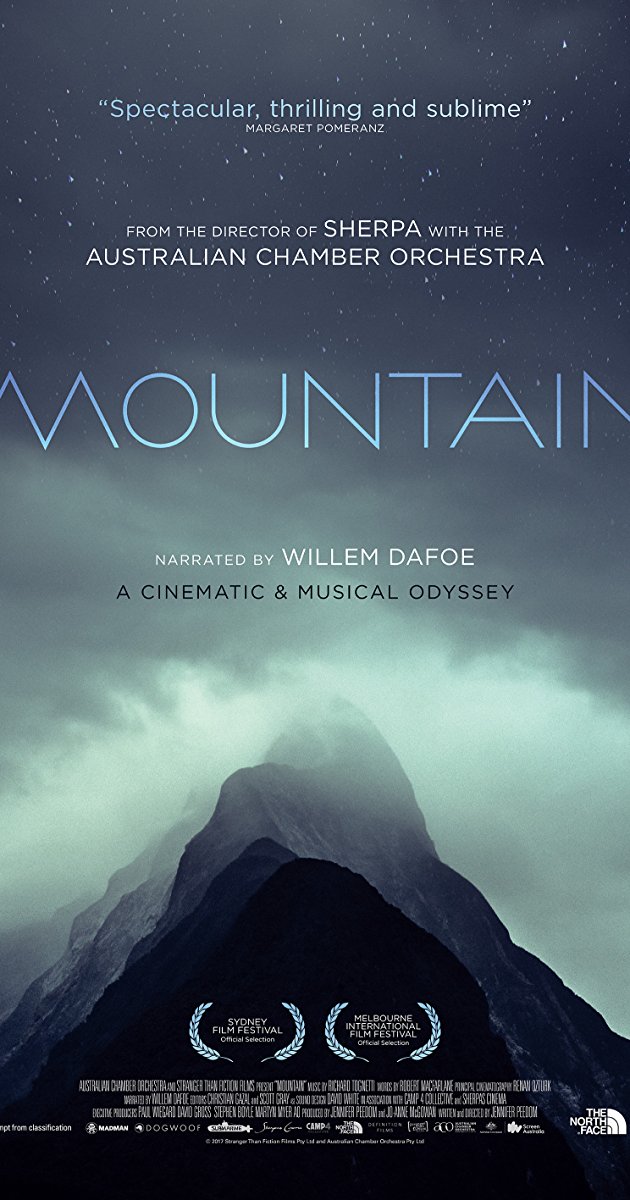 Cue the Nun! And so spinning round like a whirling dervish and shrieking, ‘Climb every Mountain!’ Julie Andrews starts the documentary, ‘Mountain’…..actually she doesn’t what we have instead is a real life re-enactment of the opening scene of, ‘Mission Impossible 2’ with Tom Cruise clinging on for dear life to a cliff face instead played here by a real life mountaineer with no safety ropes in a truly vertigo inducing moment.  With a montage of Mountains beautifully shot its majestic and what follows initially is a peek at  the urge for man to climb them and early black and white footage, which is hilariously dated compared to modern day cliff climbers, shows how far its all come since then.

The documentary, which is lovingly shot, falls a little too much under the spell of the  mountains and ultimately the footage becomes somewhat dull – after a while one mountain begins to look much like another and it’s not until a sequence of extreme sports going awry that things perk up again with some utterly insane footage of skiers being chased by avalanches, fancy dress free base jumping, mountaineers leaping across sheer drops, lunatics cycling off the edge of cliffs and birdmen swooping through holes in cliffs – it’s as much an adrenaline rush watching it as it must be doing it and when some of the climbers have mishaps its heart in mouth your time.  The levity is quickly balanced by the environmental impact of deforestation and the deliberate instigating of avalanches purely to clear a path to create ski runs  which is curiously unsettling as the mountains are pillaged for commercial purposes.

Unfortunately this is all too brief and the film is waylaid with portentous dialogue througout narrated by Willem Defoe.  How he kept a straight face uttering such solemn twaddle as, ‘……mountains made of rock & ice but also danger & desire’…..What? …..or better still, ……‘Our need for mountains run deep and wide’. Does it really Willem? It’s all psychobabble which gives little insight into the mind of a mountaineer.

Beautifully shot with some truly magical mountainous moments but at 78 minutes it feels longer.