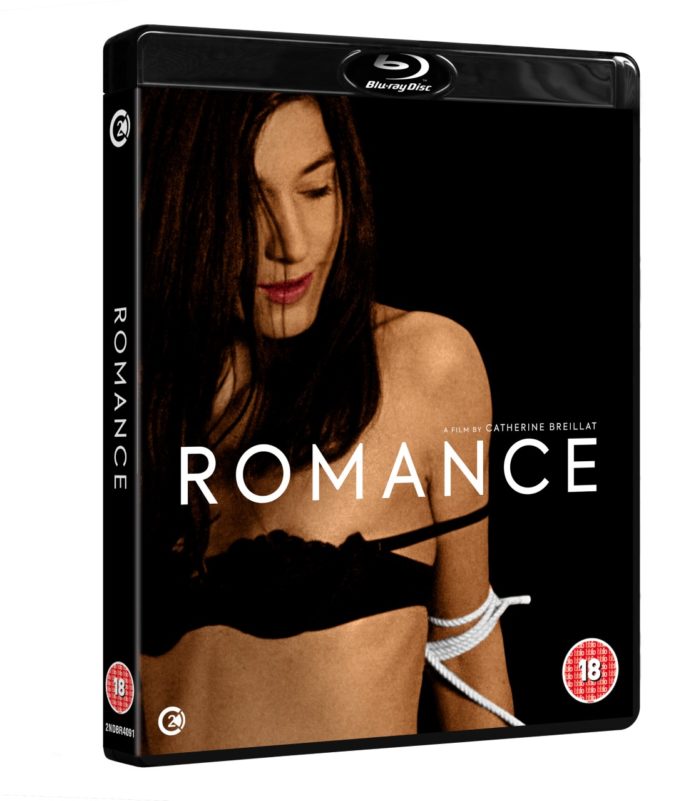 Everyone has a moan about the censors but French film Romance was one that would seem an obvious candidate for being chopped to ribbons. Variously described as controversial, groundbreaking, daring, explicit and shocking, Romance is all of these. Released in 1999 it focused on  Marie (Caroline Ducey) living happily with her boyfriend but their relationship lacks intimacy and desperate for physical affection she sets off it find it elsewhere in a series of ever more extreme encounters with strangers

Romance was not an easy film for any actress to make and Caroline Ducey was a relatively inexperienced actress having had a handful of small roles but Romance was to have her perform a number of actual sexual acts rather than having to ‘act’ them.  It’s for that reason that this may shock some and Ducey fell out with Breillat who ordered her to leave the press junket on its release with the pair having fallen out and only recently having made up. It’s clear from the bonus features where both are featured in standalone interviews how different they are. Breillat comes over as extremely single mind and frankly a little pretentious whereas Ducey is more down to earth and quite open about what she went through on set outlining how one sequence with a another male was a last minute casting with a member of a swingers club who was only too happy to be in the scene. For a young actress this is an incredibly brave film to have made and its little surprise that it caused problems for censors around the world although surprisingly in the UK there was only a one second cut from a scene in a brothel which has been restored for this release on blu ray.

Though  it does have some occasionally pretentious voiceovers, Romance is an interesting film with a its exploration of female sexuality and its pushing of the boundaries in what can be shown on a mainstream opened the doors for films like ‘Baise Moi’ which followed the year after and was even more graphic.