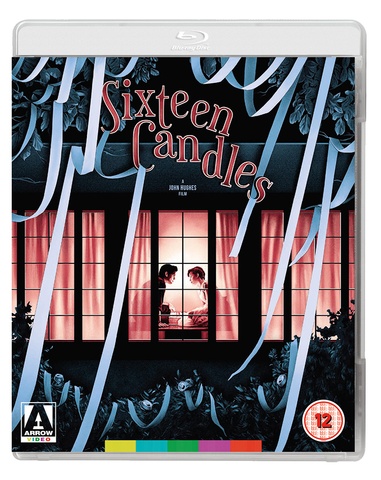 Writer – director John Hughes died from a heart attack in August 2009 but left behind a body of work that left a lasting impression with audiences but especially with teens because, probably for the first time, his best films presented teens as real people with real feelings – everything that, when you’re older mean little, but when you’re a teenager meant everything – but almost always was about teen love. Having honed his comedy writing skills on National Lampoon (Class Reunion & Vacation) he would write and direct his first film Sixteen Candles in 1984. Writers are always told to write about what they know but his debut feature centred on Samantha (Molly Ringwald) whose 16th birthday is forgotten by her entire family in the run up to the wedding of her older sister the following day.  It’s made all the worse when an embarrassing sex quiz  she’s completed outlining how she’s saving herself for the high school hunk Jake yet is hounded by the school nerd who won’t take no for an answer.

At the time crude comedies such as Porky’s and aimed at the teen market had earned well at the box office but Hughes had humanized the comedy and given his films characters everyone could identify with and never humiliating or patronizing and if anything empowering and comforting them that despite all the teen turmoil it’ll all be fine in the end. So Samantha’s crush on the school hunk is relatable for any high school girl and for once that high school jock is not a macho, bone headed misogynist chugging beer with his buddies. It was a winning formula and Hughes cast well. Sixteen Candles introduced a load of relatively new actors some of which would become regulars in his subsequent films – Molly Ringwald, Antony Michael Hall and others would go on to bigger things – John and Joan Cusack. Both cast and crew loved working for Hughes and he and Hall became great friends on a set which at times was uncomfortable to work on – a dance hall set in a gym hit temperatures of over 100 degrees as the budget wouldn’t stretch to AC. Hughes had written the script specifically for Ringwald who he had seen on a TV series. The rest of the cast were found by legendary casting agent Jackie Burch and one of the nerd extras tuned out to be Adam Rifkin who shadowed Hughes long after his scenes had been shot and has gone on to direct a raft of films including Burt Reynolds appropriately titled The Last Movie Star. 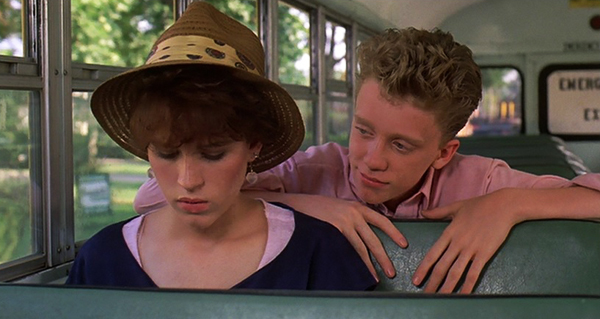 Sixteen Candles featured the early trademarks of Hughes work – the knowing use of famous music riffs (here its Dragnet, Twilight Zone and the Peter Gunn theme), little kids with smart quips, breaking the fourth wall, busy bustling households and  Chicago settings. Though some may feel Sixteen Candles has dated modern sensibilities  (a Chinese exchange student is a stereotype) but the theme of the film, a girl pining for a boy who she thinks hasn’t even noticed her, is universal and for that reason the film has an endless generational appeal aided by an endearing cast with a hugely personable performance by Hall.

The Sixteen Candles disc is another one of the Arrow Video presentation which they’ve invested in heavily with a great array of extras with many of the cast getting their stand alone featurette about their memory of making the film as well as casting director and even the camera operator giving at times a frank and forthright insight into what went on behind the scenes. There’s also the deleted cafeteria scene, an alternate home video soundtrack that had been prepared for the VHS & Laserdisc releases and there are several extras from the 2006 disc version of the film and perhaps least needed is a feature on the film from a feminist perspective. What the disc is missing obviously is any input from Hughes but he was notoriously reticent about doing any interviews during his life time refusing to get sucked into Hollywood. The other person it misses is Molly Ringwald herself with nothing from her either which is a shame but it was well known that by the early Nineties he had severed ties with both Ringwald and Hall after they had declined to appear in some of the scripts he had written and never spoke to them up until his death.

Hughes left behind a wealth of enjoyable films that included Ferris Bueller’s Day Off, Weird Science, Uncle Buck, Planes Trains & Automobiles (one of Steve Martins & John Candy’s best films) and The Breakfast Club, perhaps his most mature work,  all of which he directed and let’s not forget his scripts for National Lampoon’s Christmas  or Home Alone. But Sixteen Candles is where it all began and for audiences who remember the film when it first came out and for those new to it there’s plenty here to identify with.