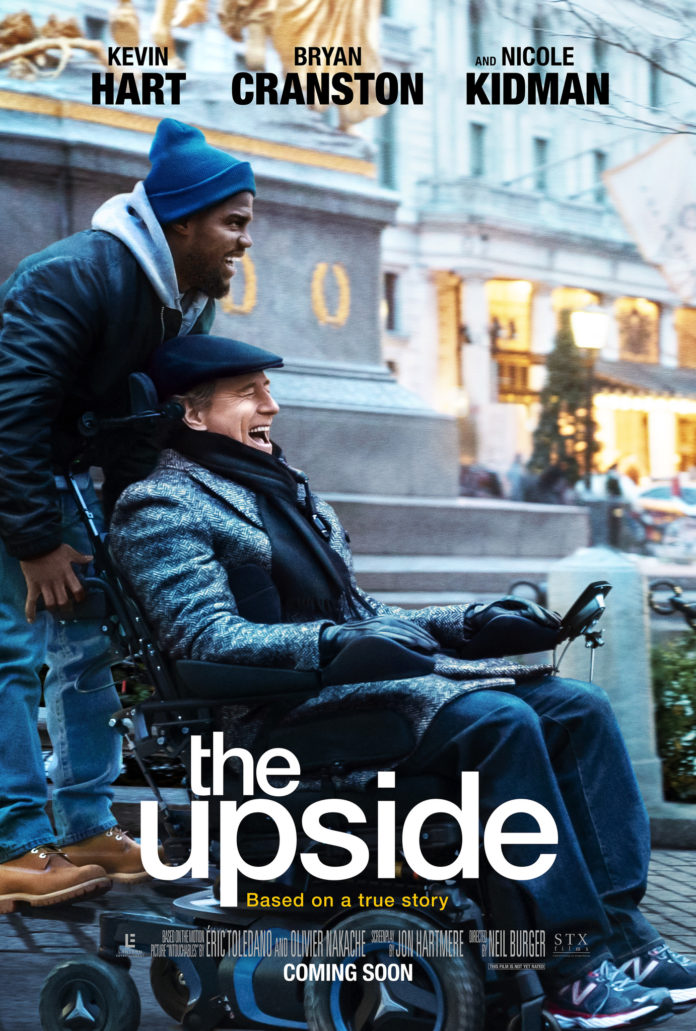 You’re an actor at the top of your game when your agent sends you that script with the upside of a challenging role playing that of a quadriplegic paralyzed from the neck down leaving only the face to move. Perhaps this is Oscar worthy stuff? It gets better as added to the upside of this film will be Nicole Kidman who is to play a supporting role. Wow! What’s more the upside goes ever up when you find the script is based on a well regarded French film ’Les Intouchables’. Fantastic!  ‘I’ll take the role’, you say. In the words of the delusional Labour lie anthem, ‘Things can only get better!’…….and then you arrive for your first day on set, method actored up to be a quadriplegic and there’s Oscar winning Nicole and then your fellow lead co-star arrives and for the first time you realize it was too good to be true. There is a downside. Things could not get better in fact things just got worse as you catch sight of pint sized pillock and laugh free limp dick Mr ‘I’ve just been sacked from hosting the Oscars’ himself. It’s Kevin Hart. 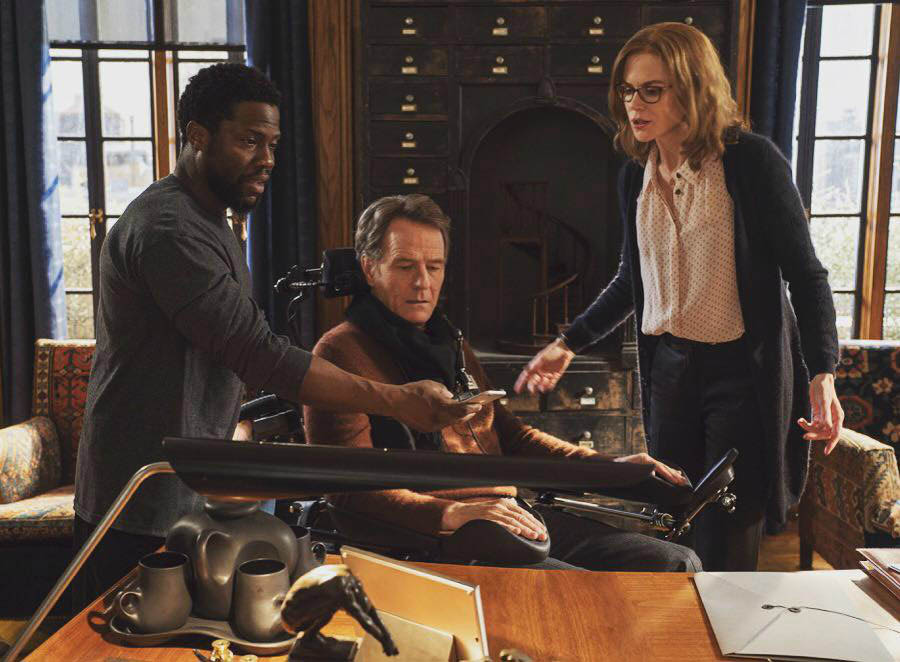 Hart plays Dell, a lazy down on his luck out of work Dad, separated from his child and told by the USA equivalent of the dole office that if he doesn’t take the next job interview he’ll have his benefits stopped. It’s an inverse feeling to that which audiences must feel when they see Hart’s name headlining The Upside poster – If we don’t go, the studios won’t put him in any more films of his that litter up the multiplex. Along for the interview Dell attends are a whole range of worthy, touchy feely carers for Phillip (Bryan Cranston) a ludicrously wealthy man who has been made quadriplegic after a paragliding accident. Less than interested, Hart is ushered into the interview by Philip’s sister Yvonne (Nicole Kidman) and he gives some  half arsed answers to ensure he doesn’t get the gig. But of course he does get it with Philip endeared by Dell’s indifference knowing that Dell will have to wait on him and also it will irate his straight laced sister.

Directed By Neil Burger the pair go through a variety of episodes where each test the other as Dell struggles to gain access to seeing his son whilst Phillip has been continuing a long distance written  letter romance with a woman he doesn’t want to meet afraid of what she will think when she sees his condition. It’s the films one great scene as Phillip, coerced by Del into finally meeting her over dinner, come to a realisation as to the future of any romance.

The Upside is one of those fish out of water tales where each party will learn valuable life lessons from each other though for Hart unfortunately it’s not, ‘You should give up comedy’ although to be fair he has toned down his usual schtick. At over two hours The Upside is too long with too few laughs and Hart proving that he’s one of the comedians who has one note to his performances and unlike Steve Carell, Jim Carrey and even Ricky Gervais he has no dramatic depth beyond his usual wide eyed reaction staring at something that he can’t believe has just happened. It’s a stare that’s shared by audiences alike whenever Hart appears in a film.