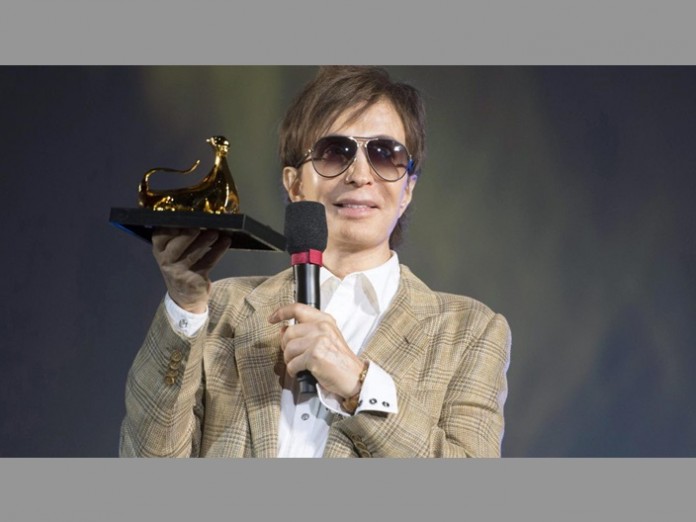 Anyone familiar with ‘The Deer Hunter’ and especially ‘Heaven’s Gate’, the film that bankrupted a studio, will be familiar with director Michael Cimino, a man who has had rumours flying around him for years and is both controversial and outspoken. For the first time in years he did a Q&A here at the Locarno Film Festival which Matt Mueller reports on here:

The director of The Deer Hunter and Heaven’s Gate revealed that he often wonders “why I made the crazy, suicidal turn in the road that I did”.

“I don’t know movies in the way that someone like my friend Quentin Tarantino does; I’m not a cinephile in that sense,” Cimino told a rapt audience.

A legendary figure in the industry thanks to his small but potent body of work (including The Deer Hunter, Heaven’s Gate and Year Of The Dragon) and eccentric reputation, Cimino added: “I’m a frustrated would-be architect who stumbled into this lunatic business of making movies. I don’t why I made the crazy, suicidal turn in the road that I did; I wonder that all the time.”

It was quite a show, with the 76-year-old film-maker in a convivial mood as soon as he appeared on stage, sporting black attire and sunglasses that never left his face.He instantly dispensed with the moderator who was meant to be asking him questions, walking straight to the front of the stage, grabbing a microphone and embarking on the Michael Cimino one-man show.

A brief rendition of Frankie Valli’s I Love You, Baby followed, before Cimino opened it up to audience questions.

If the conversation was light on career anecdotes, Cimino was plenty entertaining. Among a host of topics, he discussed his start in the business with Thunderbolt & Lightfoot, his association with real-life mobsters and how he was always inspired by “characters, not stories”.

Asked what he would do differently if he were to direct The Deer Hunter today “because history has moved on”, Cimino replied: “What has not changed, and is even more pronounced today, is the tragedy of war.“I never started out to make a film about the Vietnam War. I had no interest in the politics of that conflict; I made a movie about the effects of trauma and tragedy on a family – that group of friends was a family.” When a similar Deer Hunter-themed question came later, Cimino this time became emotional: “Any great movie about war is automatically anti-war because if it tells the truth about war, you see the madness.It’s time to stop the madness all over the world. There’s too much, and there’s too much coming. What’s coming is terrible – what’s happening is terrible. And it’s all done by old men with white hair.It’s time for young people, like they did in Vietnam, to stand up and say, ‘Enough. We’re no longer willing to die for you and your stupid ideas.’”

Addressing his own portrayal as a controversial figure in film, Cimino noted: “I don’t defend it because I’ve been called everything.On my first movie [Thunderbolt & Lightfoot], I was called homophobic. My second movie [The Deer Hunter], I was a right-wing fascist. My third movie [Heaven’s Gate], I was called a Marxist. On the next movie [Year Of The Dragon], I was a racist.
“You can call me whatever you want. I don’t care. I don’t read reviews.”

There were several question about an adaptation of The Fountainhead, which Cimino had planned to make in the mid-1970s starring Clint Eastwood, which never came to fruition, and the director was only too happy to address them – as he did most questions – with long, rambling answers.

At one stage, Cimino, whose list of unrealized projects is almost as renowned as the seven features he has to his name, became clearly self-referential and emotional in referring to the point in Ayn Rand’s novel when the main character of the architect – unable to do what he loves so passionately – is at his lowest ebb.

“It’s a terrible moment because here is this incredible talent unable to work,” said Cimino. “And suddenly he hears a voice – an awful man, the architectural critic, who says, ‘I am the man who has helped to destroy your reputation. I am the reason you are not working today. What do you think of me?’ And Roark says, ‘I don’t think of you.’”

Minutes later, someone asked if he saw himself in Roark, having not made a feature film since 1996’s The Sunchaser. “Yes!” he barked, adding pointedly, “The man who – like the critic in The Fountainhead, who destroyed Roark – tried to destroy Heaven’s Gate, he died,” Cimino added. “He’s gone. I’m still here.”

Orchestrating proceedings throughout, Cimino elicited frequent applause while also sparring with audience members – sometimes playfully, sometimes impatiently. “Hello, sir? Hello? Why are you taking so many pictures of me?” he snapped at a man in the front row. “You should listen.”

He was also quick to shoot down questions he didn’t like, rejecting one about whether a director can have too much money to make a film – an obvious reference to the profligacy tag that has stuck to Cimino since Heaven’s Gate. “That question has a sinister implication,” he said.

Cimino carried on for two hours, to the delight of the Locarno audience. Every time a festival PR or assistant tried to wrap the session up, he played to the crowd for more time.

“Why are we being rushed? Do we have to go somewhere?” Informed that another film-maker was waiting to host his own Q&A, Cimino said, “Are they going to have a more interesting time than us?”

Finally convinced to bring the session to an end, Cimino addressed the “next project” question, keeping it vague but insisting that he’s still writing scripts and speaking to producers about getting a project off the ground: “Always. I never stop. If you stop, you die.”