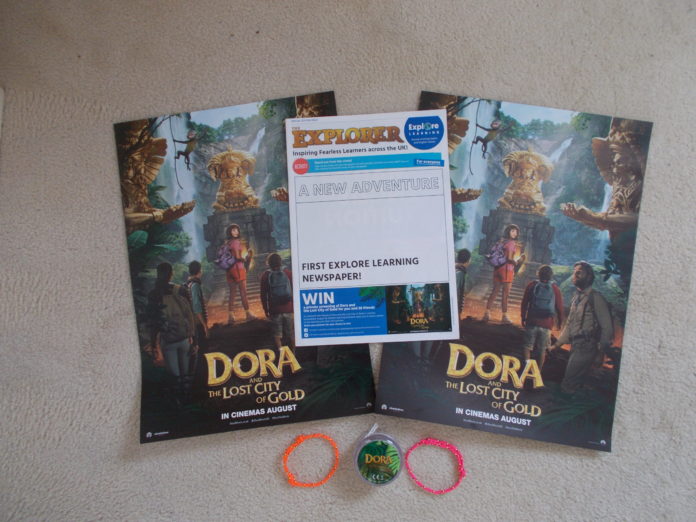 With Dora and the City of Lost Gold now on release (you can red our review here) we’re giving you a chance to win a Dora bundle of merchandise that includes two mini posters (with puzzle pages on the rear), The Explorer newsletter / puzzle book, two string bracelets and a Dora the Explorer yo-yo.

Having spent most of her life exploring the jungle with her parents, nothing could prepare Dora for her most dangerous adventure ever: high school. Always the explorer, Dora quickly finds herself leading Boots, Diego, a mysterious jungle inhabitant, and a ragtag group of teens on a live-action adventure to save her parents and solve the impossible mystery behind a lost Inca civilization.

This is the first film adaptation of the hugely popular kids TV series on Nickelodeon which has been running for almost 20 years and though the film is based mostly in South America the film was shot mostly in Australia and has the 18 year old Isabela Moner cast as the eponymous Dora with Benecio Del Toro voicing Swiper and of course Boots the pet monkey appears too. To win the Dora bundle of merchandise all you have to do is:

We’re only running this for a week so …

Here’s the Dora and the City of Lost Gold trailer……..