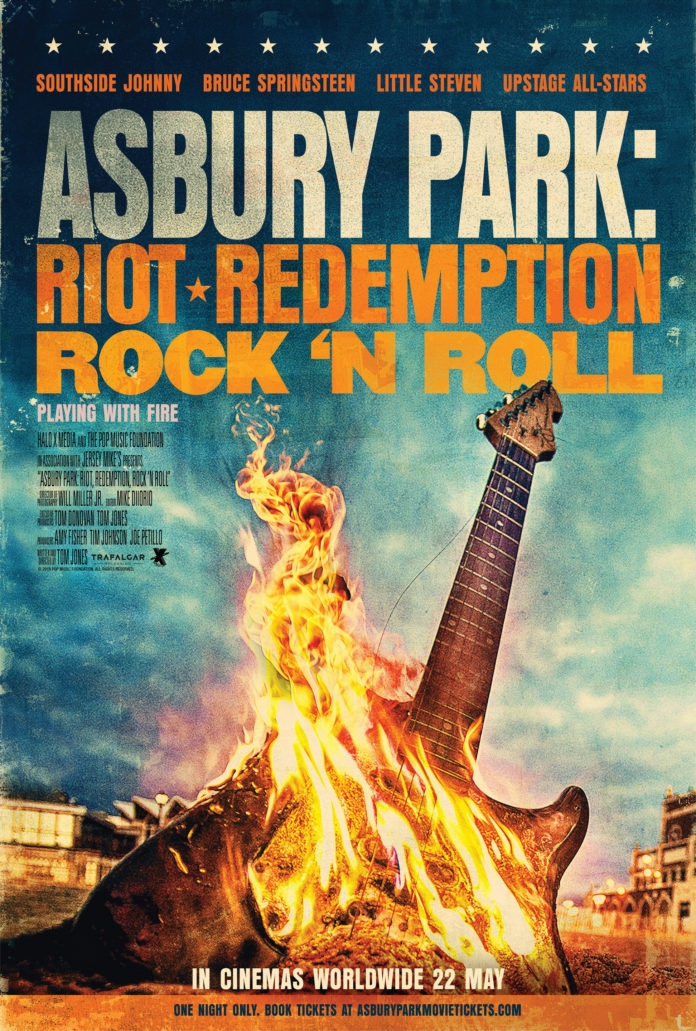 As the festival season is about to begin we’ve now got to an age where having paid over the odds to stand in a field with tens of thousands of wasted fans trying get a glance of a band 2 miles away has lost its appeal. Far better to put the live album CD cover at the end of the garden whilst you stand at the other end as your housemate urinates down the back of your legs and you overcharge yourself for a warm can of coke from your own kitchen. Asbury Park was a different matter.

A section of New Jersey that at its peak had 73 music venues in a square mile, Asbury Park was an area that attracted aspiring musicians but also the well established too. In its heyday it had The Who, The Rolling Stones, BB King, John Lee Hooker and even bands like Herman’s Hermits playing there sometimes even on the same bill. It was a mecca for musicians and is recalled by those who played there in the early part of their careers most notably Bruce Springsteen. Its influence was wide and is probably why The Boss titled an early album ‘Greetings from Asbury Park’. The documentary details the origins of the area set up originally by a Methodist minister it quickly found itself divided by a rail track with the East side being more affluent than its West side which was the black and Italian community populated but whose music venues attracted the white musicians and the film is keen to emphasize its integration through music.

Originally it was this crossover of culture that the film suggest bought about its downfall culminating in a riot on, of all days, the 4th July 1970.  That the film has a secondary title of Riot, Redemption, Rock n Roll gives a clue as to where this is going. With the area practically raised to the ground by fires and looting the film goes on to feature its resurgence by redevelopers. Unsurprisingly the people who live in the area objected to what they saw as the gentrification of the area which frankly after the riot was a ghost town yet these same people bizarrely seemed happy to live in the dereliction. That the area has undergone huge development by  a thriving LGBT+ community with businesses and housing and a re-emerging music scene is reassuring and Asbury Park shows how there are young teen musicians who are supremely talented and just enjoy jamming with other young musicians that is a throwback to the area origins and perhaps the best moment are these unassuming kids rocking out with these iconic musicians not really knowing who they are.

Asbury Park is an interesting  documentary of an era that has the ‘Jersey sound’ and despite a narrator who sounds like he’s just been recording voiceovers for commercials and by the end  it does become something of a eulogy to the idea that, ‘Hey we can all live together through music!’ and if it wasn’t for Michael Jackson being dead that we were half expecting him and Paul McCartney to walk through shot singing ‘Ebony & Ivory, side by side on my piano keyboard Oh Lord why can’t we?’ But the first half of Asbury Park is certainly an interesting insight into a musically influential area.