Our Editor’s probably not got the best Doctor. When he rang him up to tell him he’d taken too many sleeping tablets his doctor told him to pour himself a drink and sleep it off. Another time our Editor had a Doctor’s appointment he prescribed him sleeping tablets and told him to take them whenever he woke up. However this week’s film Doctor Sleep is not about him. It’s a sequel to Kubrick’s classic horror The Shining yet it isn’t really a sequel more of an adaptation of Stephen King’s novel of the same name. King was famously outspoken about his dislike of Kubrick’s film about a would be writer taking a caretaker job in a deserted hotel with his wife and child Danny who has an extra sensory power  he calls ‘shining’. Regarded today as a horror classic the film featured Jack Nicholson given free rein to going totally OTT as his character descends into madness. Doctor Sleep is far different. Picking up initially in 1980 it then fast forwards another 8 years where Danny has an alcohol problem much like his late father. Finding solace in booze, bars, broads and brawls he still has his ‘shining’ but it’s a power he has willfully ignored and its only after a bid to stop his demons that he takes a job in a retirement home where he rekindles his ability to ‘shine’ by spending the last dying moments with the terminally ill shepherding them as they slip away. It’s the films most poignant moments where  Danny sits with a dying man before the pensioner passes away and its unsurprising that the residents refer to him as Doctor Sleep knowing that their time is up when he sits with them.

At the same time travelling across the country in convoy are a rag tag bunch of swivel eyed loons calling themselves , not UKIP, but the True Knot led by the imaginatively named Rose the Hat because her name is Rose and  she wears a Hat (so we’re looking forward to Prime Minister Johnson’s biography, Boris the Sex Yeti) and has the ability to locate children with shining power and along with her clan they prey on any child they find sucking their dying breath from them. It’s this scene that opens the film as a small child on a countryside break with her parents comes across Rose as the side of a lake. Mercifully it’s never seen but it’s a hint as what is to come in a later scene with a school baseball boy in what will be, for parents,  a distressing scene when he is bumped off by the True Knot. It’s not long before Rose locks onto another potential victim Abie (newcomer Kyliegh Curran) a young teenage girl with extraordinarily strong ‘shine’, so strong that Danny too picks up on it and the pair befriend one another. Abra’s shine is far stronger than Danny’s and using that skill she becomes aware of Rose and what she has done but in turn finds herself a target and in danger from the True Knot and together with Danny they know there’s a reckoning coming with only one winner. 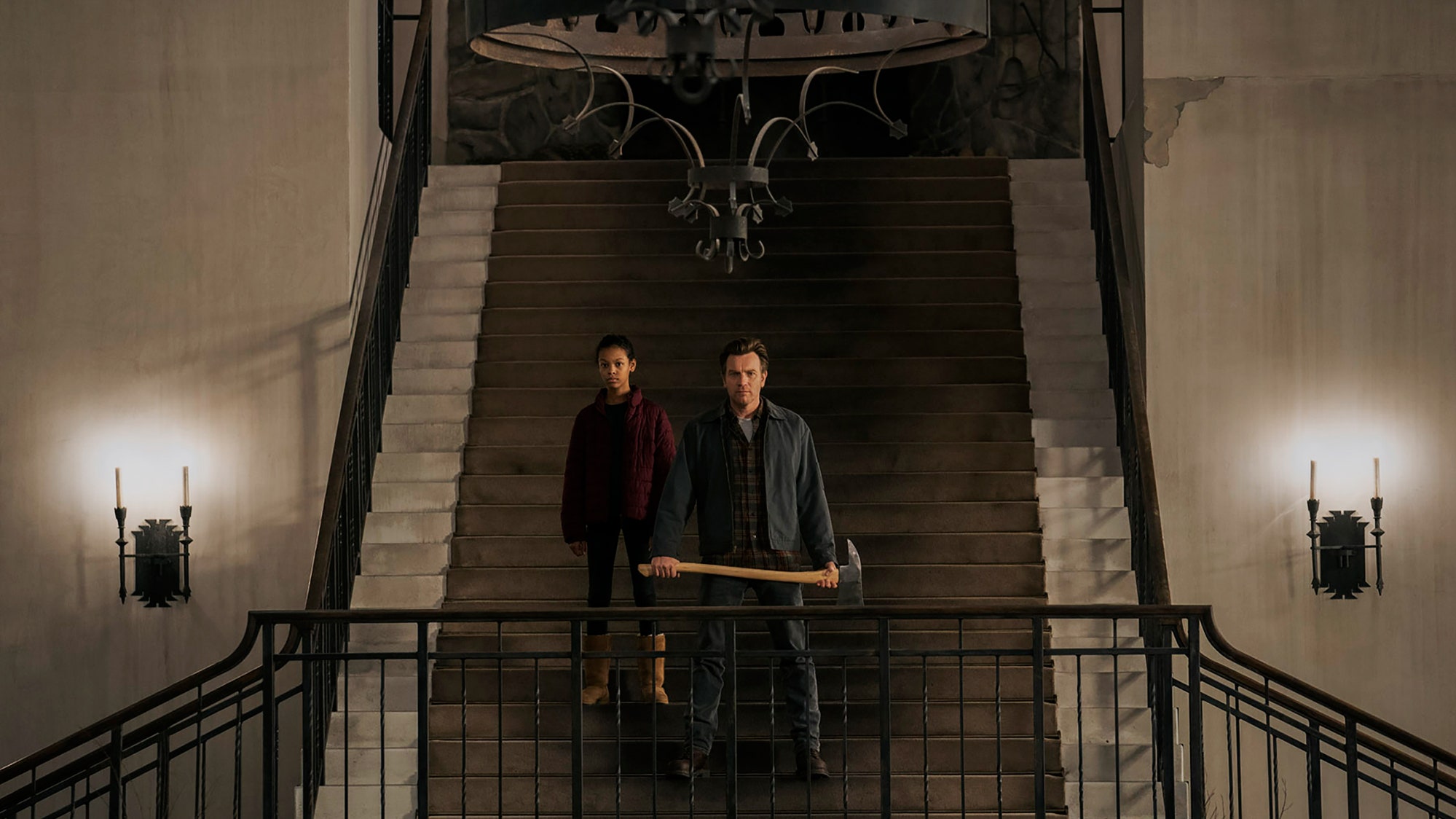 Sequels to blockbusters are notoriously tricky and whilst some are terrific (The Godfather 2, Aliens, Toy Story 2,) there are catastrophic career ending bombs (The Exorcist 2, Speed 2, Blues Brothers 2000). It’s made all the more difficult when the original film is seen as one of the greatest horror films made by one of the greatest ever directors and its brave man who takes on the task. Fortunately writer director Mike Flanagan whose previous has include ‘Ouija Origin of Evil‘ has on the other hand made the respected  Stephen King adaptation ‘Gerald’s Game’ and the recent Netflix series The Haunting of Hill House. His version of Doctor Sleep is respectful to both the source material and Kubrick’s film having recreated, almost exactly, key moments from the film and embellished them slightly and the film plays heavily on the woman in Room 237 and as the film progresses those iconic moments with the twin girls, the hotel guests, and yes the elevator of blood come more to the fore especially towards the end where the film returns to the Overlook hotel having not become a Travelodge. For devotees there’s much that will seem familiar too whether  it be an office that Danny is interviewed looking uncannily similar to that of the Overlook hotel where his father was interviewed all those years ago and even the music, Hector Berlioz’ ominous Symphonie Fantastique is revisited throughout here the score relies heavily on a heartbeat to ratchet up the nerves.

But here though the Doctor Sleep is the title character Ewan McGregor this is really Rebecca Ferguson’s  film jostling with Curran as McGregor is very much push into the background for significant chunks of the film. There’s no grandstanding histrionics as there were wit with Nicholson. Ferguson’s Rose the Hat mood spins on a dime, one minute all sweetness and light, the next psychotically murderous. Though Nicholson has all but retired many of the cast from the original have passed away and Scatman Crothers role as Halloran returns this time as a ghostly spirit played by Carl Lumbly  and  Wendy Torrance returns  but played by Alex Esso. In fairness it was well documented that Shelley Duvall had an horrendous time pushed to the limit by Kubrick’s exacting practices and seemingly unending number of takes. For both Kubrick and King devotees there’s  a lot to like here and similar to its  predecessor it is a little overlong but  Doctor Sleep is very much its own film able to be watched without having seen The Shining .

Here’s an interview we did with director Mike Flanagan & Producer Trevor Macy who reveal a few secrets about the film…….