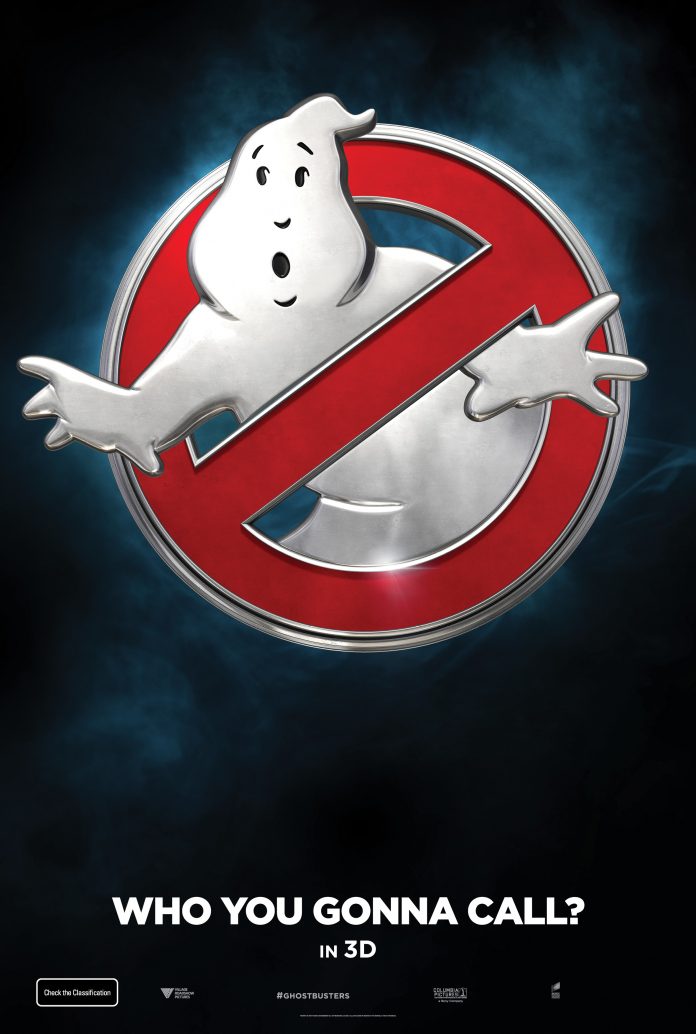 If there’s something weird in your neighbourhood, who ya gonna call?…. well frankly we’d call the police because its more than likely that it’ll be the Editor having gone on an all night drinking spree and is now lying comatose on your doorstep with his pants on his head.  But we digress because 30 years after the original we have a new Ghostbusters film and little has changed apart from the one major difference…..an all female cast…..something which has sent fans into a frenzy and a trailer that sent them ballistic in their vilification.

So is it all deserved? It all starts off in much the same vein as the first except this time it’s with a spooky mansion tour replacing the haunted library in a similar pre-titles sequence which keeps the iconic theme tune before we’re introduced to Kristen Wiig, a lecturer at a college who may be on the verge of losing her job there due to a book she wrote about ghosts that her now ex-friend (Melissa McCarthy ) has put on Amazon.  It’s this frosty relationship between the two ex friends that form the core of the film as they reluctantly join forces when they’re all kicked off the campus after McCarthy posts their encounter with an ectoplasm regurgitating ghost on YouTube. Together with kooky scientist/inventor Kate McKinnon they form a paranormal investigators and their triplet becomes a  quartet when foghorn subway worker  Leslie Jones joins them having shown them a ghost in the city’s underground system.

It’s only when a fan of Wiig’s book has used as his inspiration to raise an army of the dead and vanquish the Earth of everyone that the quartet, already  battling a mayor’s office who are intent on discrediting them, are drawn into a battle to save the city as the ghosts rise from the underworld.

There’s been much riding on this for a franchise which has been struggling to make a third film and which has failed seemingly because of Bill Murray’s reluctance to do it so it seems odd that he plays a significant cameo role in this. In fact the whole cast appear in cameos except for Rick Moranis and even the late Harold Ramis, whose death really put an end to any original cast sequel, appears, (keep an eye on the statue bust in an early scene outside Wiig’s office).The problem is with cameos is that the occasional one is all very well but here Murray, Aykroyd, Hudson, Ramis, Weaver and even Annie Potts & Slimer put in an appearance and it all gets a little distracting for no discernible reason and by the end  they’re trying to shoe horn them all in before the end credits.

It’s the replacing of the all male cast with an all female cast that has been the cause of much concern as if women are unable to makes jokes and here both McCarthy & Wiig especially acquit themselves well as they squabble over why their friendship ended amongst other issues. On the other hand Kate McKinnon as the quirky inventor is a little irksome mugging away at the camera and intent on drawing attention to herself by jabbing her limbs around for no reason when others have dialogue not involving her and Leslie Jones succumbs to stereotyping.  The unexpected highlight is Chris Hemsworth as the male himbo secretary with some hilarious moments but with whom Wiig is besotted by and it would have been great to see more of these scenes as he steals the comedy scenes that he is in.

The ghosts themselves are the essence of CGI, all glowing neon apparitions and fans of the original may miss the practical effects such as the Devil Dogs and even Slimer seemed more of an animated puppet than the CGI monster he is here and certainly had more of a feel that you could physically take hold of him than here.

So is it a remake or a reboot? Truth is that it’s actually a bit of both and takes essentially the same plot as the first without the Moranis/Weaver sub story and many of the scenes are reworked whilst introducing some new aspects. Director Paul Feig, who wrote the script too, has an excellent pedigree in comedy having been a stand up himself before directing hits such as Bridesmaids, The Heat & last years Spy all with McCarthy and it could be easily argued that this is funnier than either Ghostbusters previous films although there is a remarkably crude joke about female flatulence  that’s found its way into a family friendly movie

The trailers have generated much unwarranted hate about the project which is unfair because actually this is a decent enough Summer blockbuster and should do well.  And if you’re expecting a sequel…….well you’ll have to wait until the very end of the credits for the obligatory last breath scene to see if that might happen.