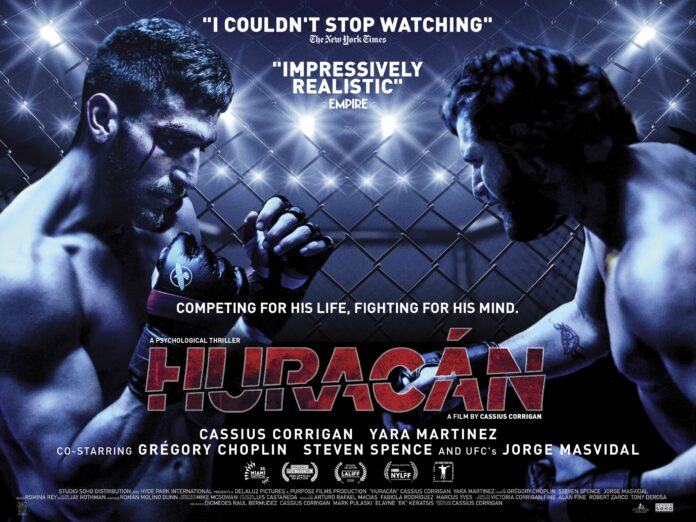 MMA seems to attract a certain kind of person. The baying crowd seem mainly to be comprised of men who have never had a girlfriend and only know their own names because it’s tattooed on their mother’s lower back. As for the fighters there seems to be a requirement to have a neck the same width as their head and have taken so many hits to the head that they have all the mood swings of a menopausal divorcee.  Huracan focuses on an aspiring mixed martial arts fighter Alonso (Cassius Corrigan), fresh out of prison and still under supervision by probation and working in construction in a bid to rehabilitate him. 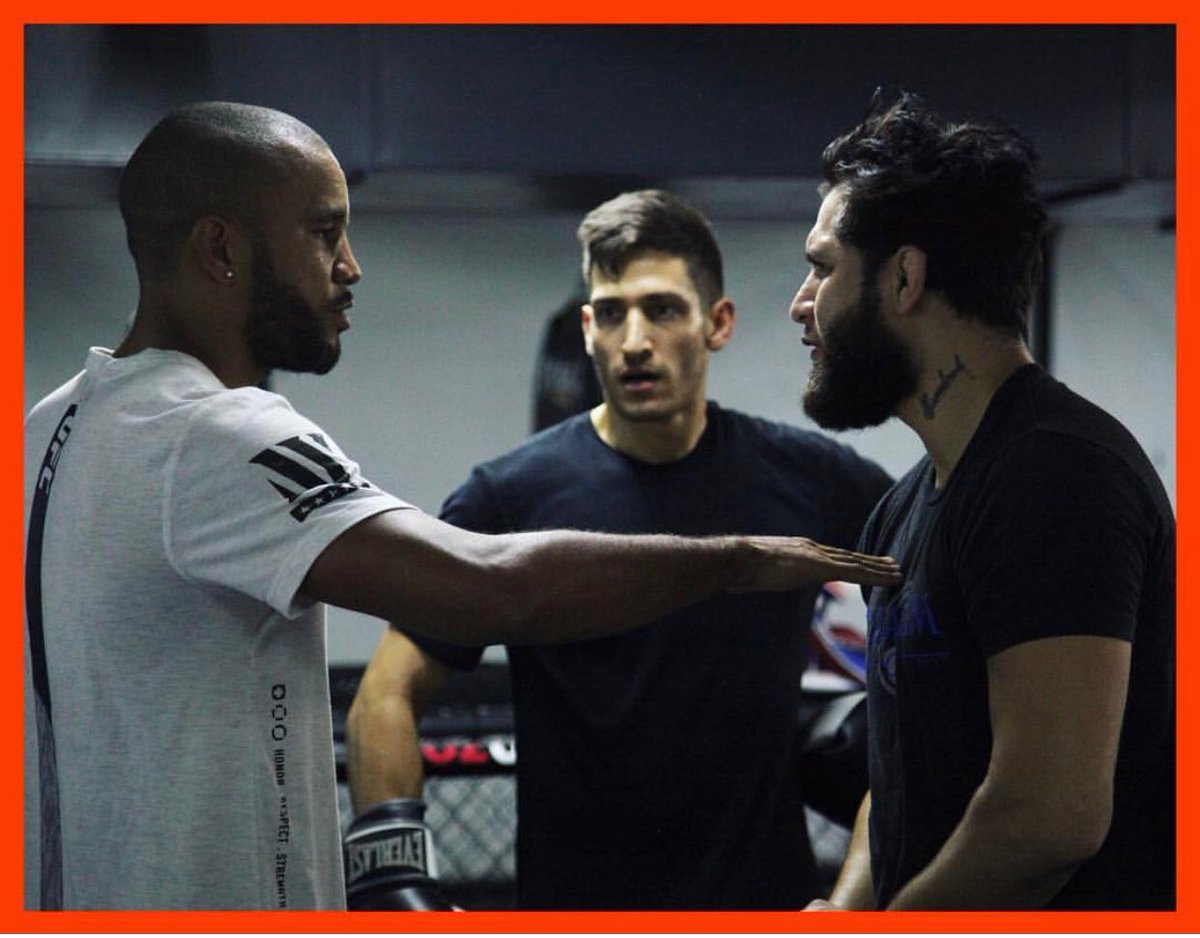 But where his heart is really at is MMA and he soon catches the attention of a respected trainer at a local gym who allows him to train there and is soon entering competitions which he wins. But thrown into the mix is Alonso suffering from multiple personality disorder with flashbacks to witnessing episodes of explosive moments of violence when he was a young boy living with his mother and jealous stepfather. It’s these moments combined with memory loss unable to remember incidents that finds the police wanting to talk to him about a fellow MMA fighter at his gym who has gone missing.

Corrigan is great as Alonso, one minute wholly immersed in his training and competitive fights, the next unable to remember bouts of violence he instigated and all the while haunted by traumatizing episodes in his childhood. It’s a therapist who does her best to help him cope seeing him as a subject who might benefit from an experimental technique that looks about as reliable as Boris Johnson’s track and trace system. It’s one of several extremely effective scenes in Huracan where Alonso regresses to his childhood in a bid by the therapist to get him to face down his issues. 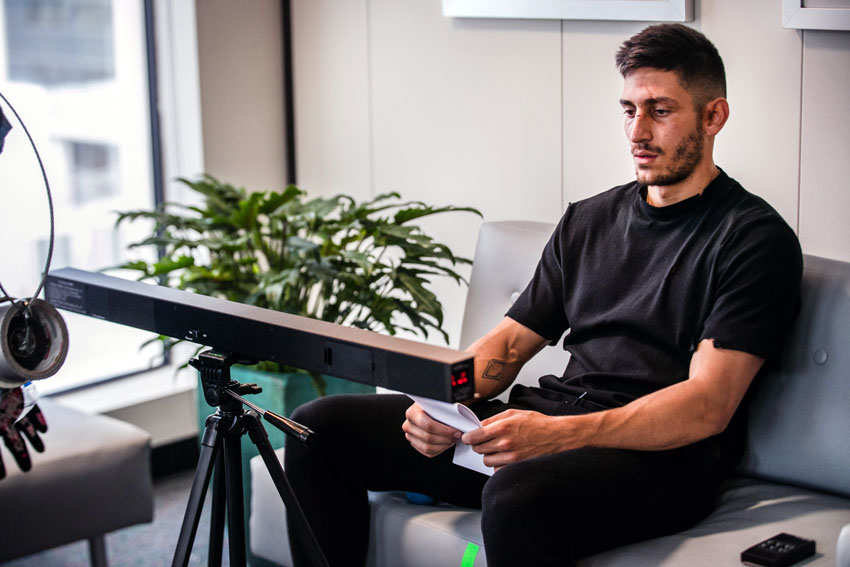 Huracan not only stars Corrigan but he also writes and directs in an outstanding feature film debut with some great touches from his use of a red filter at crucial moments to camera jolts in the MMA octagon that are as jarring as the hits to the head that the fighters take.  MMA, like boxing, is not to everyone’s taste and the last proper film to feature the sport was ‘A Prayer Before Dawn‘ but as an exercise in film making Huracan is an impressive debut and Corrigan is a director to keep an eye on.

We spoke to writer/ director / actor Cassius Corrigan about the film….