Celebrity kids names have always been a source of amusement to us. Now our own Editors twin boys names are hardly enviable (Adolf & Damian) and whilst Pixie Geldof is OK we know of some kids who have to endure turmoil in school with names such as Apple (Chris Martin / Gwyneth Paltrow)   Bear (Cheryl Cole or whatever her name is this week),  Everest (George Lucas) Jermajesty (Jermaine Jackson) and it gets worse with Moon Unit  (Frank Zappa ). But that is as nothing when our  Editor has just announced that he wants to name his daughter Spudulike (pronounced spud-yoo-licker). Social Services will be calling at his house soon (‘You’re fired!’ – Ed).  Olivia Cooke is Pixie, still grieving over the loss of her mum to a terminal disease and living with her Dad played by Colm Meaney, a bit of a shady underworld figure himself  with a dumpy daughter and an odious dump truck of a step brother and there’s little love lost between the pair of them. 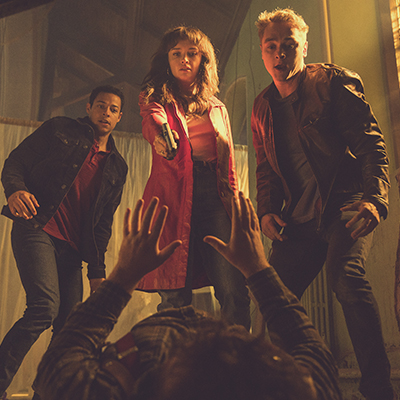 So fed up is she of her life in West Ireland that she gives her ex-boyfriend and mate details about a huge drug and cash stash and plot to steal the lot and run off with Pixie to California. At least that was the plan until it all goes quickly awry and the drugs accidently end up in the possession of Ben Hardy & Daryl McCormack who play a pair of lads always on the look out for love and no strangers to partaking in recreational drug use from a local small time dealer. The pair of lads are in the same situation as Pixie in dead end jobs in a dead end town keen to get out and selling those drugs is their gateway and in that capacity their paths cross with Pixie and the three collaborators set about  selling up and getting out. 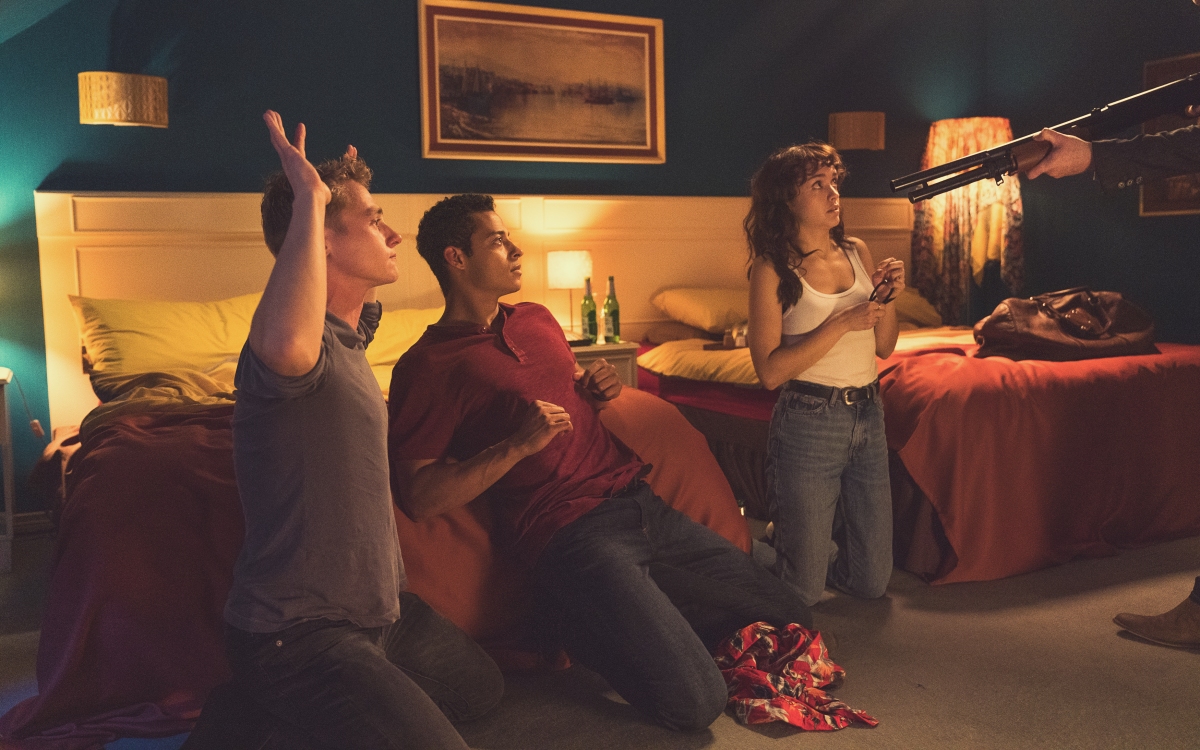 It’s the set up of so many movies and screenwriter Preston Thompson has written a cross between the Coen brothers and a Martin McDonagh script except this plays very much like Martin McDonagh-lite less the profanity strewn obscenities.  Both lads are woefully out of their depth pursued by Seamus (Ned Dennehy in another great turn as a hitman) who gleefully goes about his work despatching his targets without a second thought. But its Pixie as the femme fatale who is really the brains behind getting them all out of this but lacks the conniving charm and allure of someone like Linda Fiorentino in ‘The Last Seduction’ or Kathleen Turner in ‘Body Heat’ still the finest noir films of the past few decades. 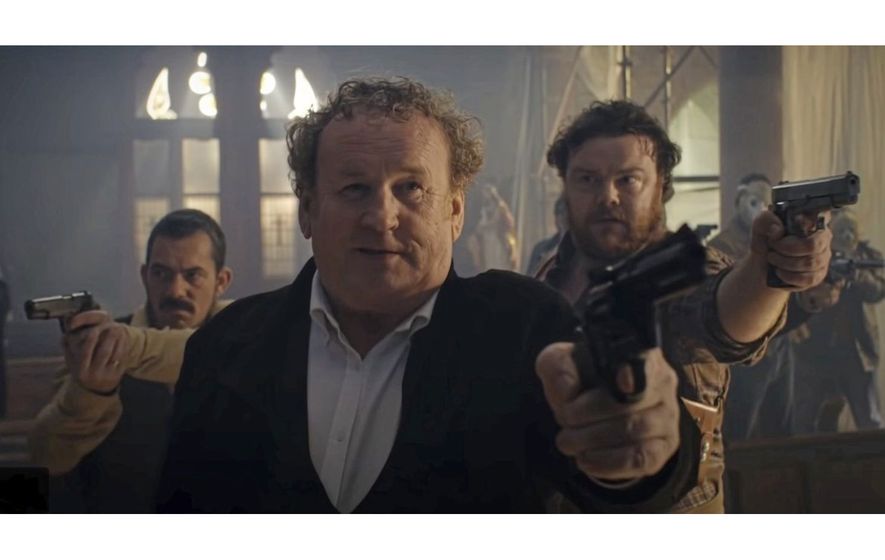 Into all of this director Barnaby Thompson has cast a load of famous faces that includes Alec Baldwin as a priest not so much on a mission from God more on a mission from The Godfather,  and there’s also comedian Dylan Moran who has a great scene and it’s a shame its only the one scene because their appearances really are little more than extended cameos.  Thompson’s script moves along swiftly especially in the first act which side swipes the audiences second guessing but flags a little in the second act before picking up at the end. The story is the usual fish out of water but that’s been seen a number of times before and its rural Irish setting puts a slight spin on matters. Perhaps it’s the spin on a threesome love scene that is a change from the norm not going quite as might be expected.  Like its title character Pixie is small and mischievous but is not really wholly believable.

We spoke to director Barnaby Thompson about the making of the film……..