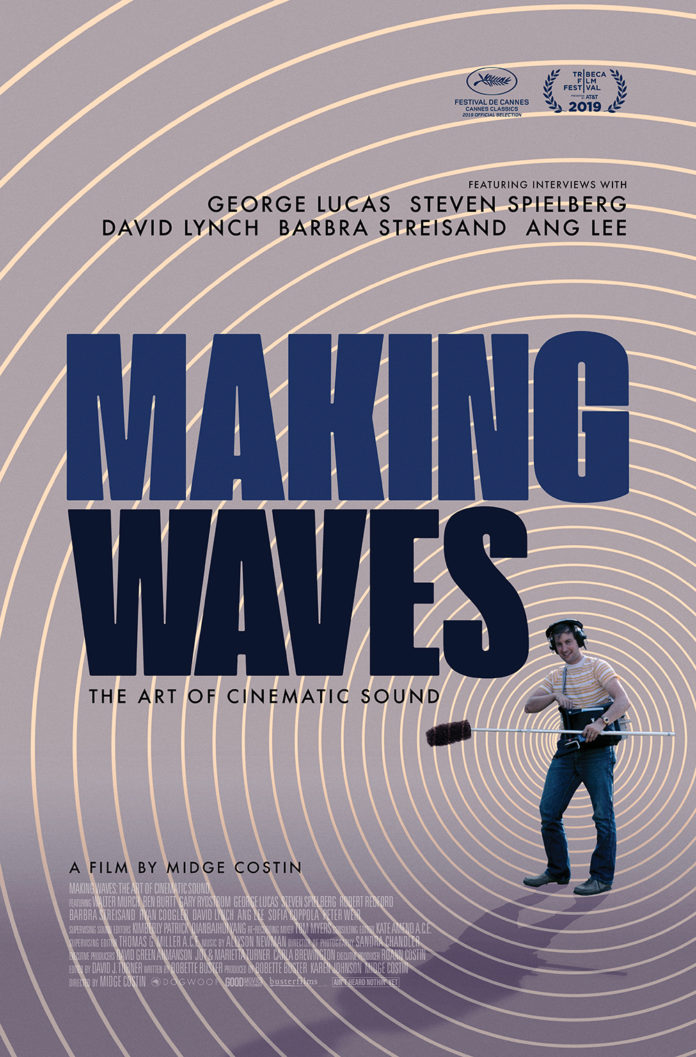 It’s a mark of just how important sound and sound designers are when the likes of renowned directors Christopher Nolan, Steven Spielberg,  Ang Lee, David Lynch and George Lucas , all busy men, but are more than willing to record interviews and enthuse about the importance of the medium. Making Waves : The Art of Cinematic Sound is a documentary that explains just how important and often how overlooked sound is to film, a medium often regarded for its visuals more than anything else.

For cineastes, film students and just about anyone that’s vaguely  interested in film this  is a fascinating insight in to what makes up 50% of the cinematic experience underlined by the fact that so many cinemas emphasize their constantly evolving sound systems. From the start the documentary starts with the influence of radio through to The Jazz Singer ,the first talkie in cinema which also saw the end of several actors careers and was brilliantly illustrated in ‘Singing in the Rain’. Making Waves takes us through the decades as sound refines and expands with the development of mono and stereo to the state of the art sound we have now.

The 1976 version of A Star is Born, 1977’s Star Wars and 1979’s Apocalypse Now are the three films it cites as the ones that changed the use of sound forever and Making Waves interviews those who were pivotal in their use of sound. Ben Burtt, Gary Rydstrum, Teresa Eckton and of course Walter Murch explain the importance of breaking the medium down into three areas ; Music, effects and voice and is illustrated with Apocalypse Now  which was a monumental undertaking taking up an immense amount of time to edit the sound with those three elements broken down further to include atmosphere, special effects and more. It was endorsed and supported by director Francis Ford Coppola  and Murch who was responsible for it all effectively set the template for every film that came after and perhaps can be seen best with the opening beach sequence in Saving Private Ryan.

Making Waves is engrossing, fascinating and an absolute must for film fans