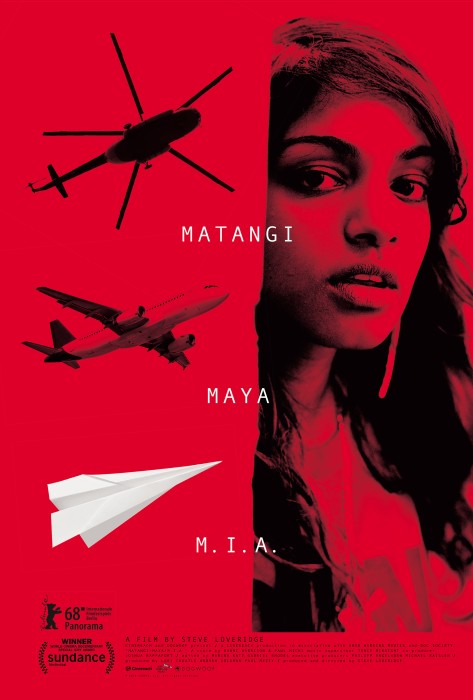 Cynics that we are but it seems that pop stars are all too keen to lend their names to worthy causes but only if it heightens their profile. Watch them all scrabble to get on board any reboot of Band Aid recordings or a televised benefit concert yet ask them to put their hand in their pocket for the cause and they quickly skulk  back into the shadows complaining that their arms have shrunk and their pockets have got longer. And God save us from the, ‘thoughts and prayers’ tweets when there’s a tragedy far easier for them to tweet a generic platitude. Singer / rapper Matangi ‘Maya’ Arulpragasam better known to her fans as M.I.A. is clearly different.

Having escaped from her native Sri Lanka and its civil war atrocities the first surprise that this documentary throws up is that her father was one of the founding fathers of the Tamil Tigers. The nearest to that sort of thing that we could expect to get in the UK is that Cheryl Cole nee Tweedy nee Fernandez- Versani nee whatever it is this week,  is that her mother might have been head of scones at the local Women’s Institute. Much of the film M.I.A. makes it clear that as a child she was happy as seen with many of the videos of family parties as she dances away to tunes before teenage years show her developing an interest in making films through which she falls in with Britpop band Elastica in the 90’s making videos for the band and becoming a personal friend to the lead singer Justin Frischmann. 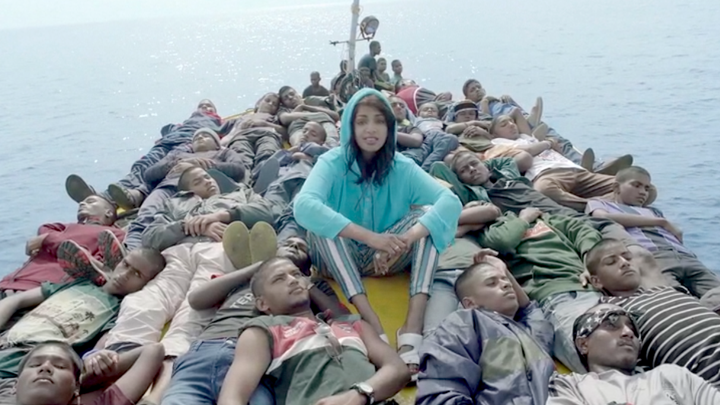 It’s a friendship that points her in the direction of making her own music and as she becomes increasingly politicized as her knowledge of her father and the Tamil Tigers fight expands so she becomes more outspoken. It’s this that’s at the centre of the documentary. M.I.A. is conflicted by the fluffy pop star world she finds herself in and contrasts sharply with the brutality of the Tamil Tigers fight as she endeavours to publicize the victimisation of women back home suffering a catalogue of appalling sexual violence. It’s all made worse by the genocide of the Tamils that is ignored by the rest of the world and urges her on to use her stardom to  highlight the plight of the Tamils that has her tarnished as a terrorist sympathizer by a right wing press with its own agenda. It’s a generally ignorant US that tries to discredit her over the slightest misdemeanour which here includes a middle finger mishap that upstages a Madonna awards performance which can’t be any more objectionable than watching a 60 year old woman cavorting onstage in the Anne Summers back catalogue which is more reminiscent of a week old kebab struggling to be contained in a tissue. 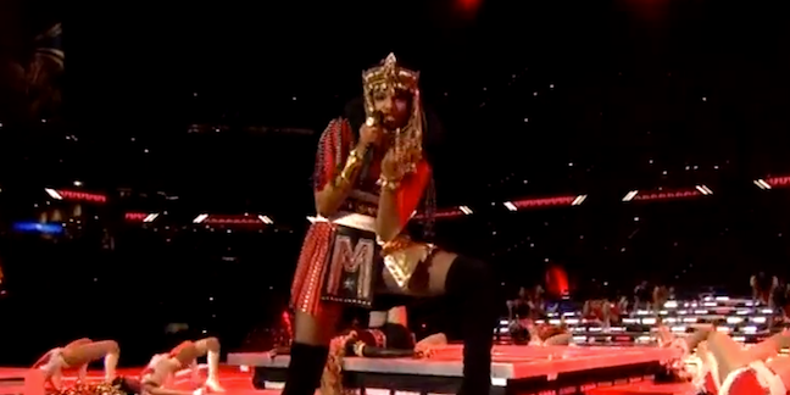 For a pop star M.I.A. doesn’t  trade on selling her sexuality and consequently has far more credibility than other pop stars obsessed with the number of instagram followers and getting their next album deal regardless of whatever predatory paedophile is in charge of the deal that’s being brokered. M.I.A. seems to be one of the few artists in control of all aspects of her career even directing the videos and ever keen to publicize the underdog in her, at times, controversial and thought provoking videos and that accompany her songs /raps.

Though the documentary flits about a bit too much rather than keeping a linear narrative M.I.A. comes across as likeable and sincere in her beliefs and actions more than Cheryl who-knows-what-her-name-is-this-week whose PR’s want her to be the nations sweetheart rather than the UK’s foremost batterer of toilet attendants.