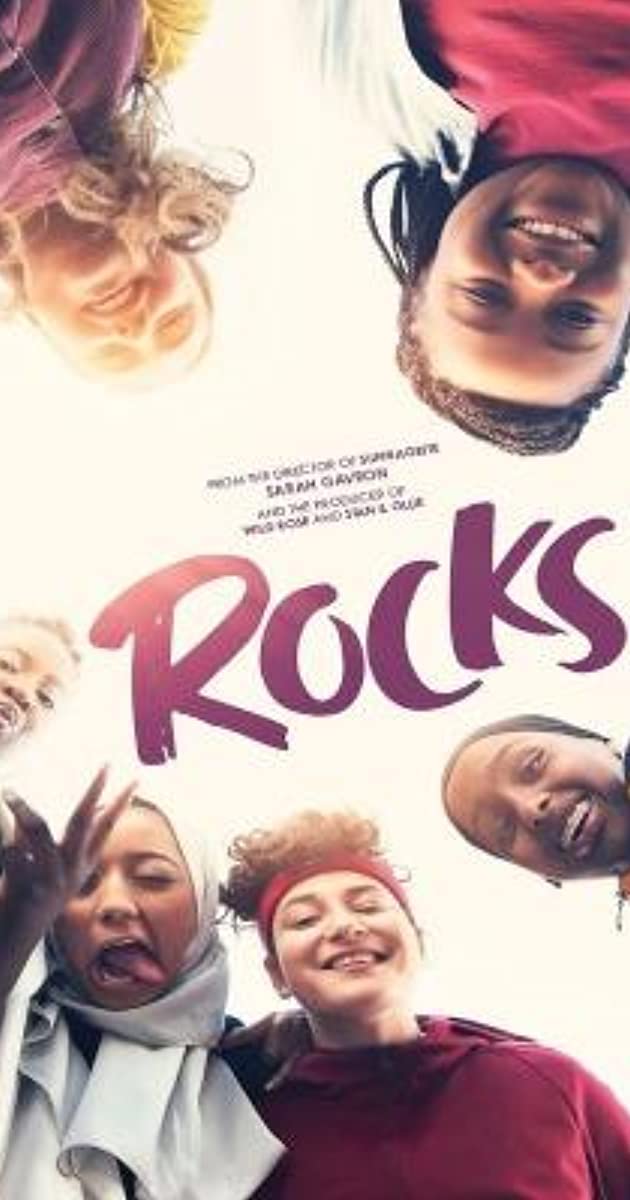 School days. The happiest days of your life………’unless you were bullied!’ says our Editor before we locked him back in the broom cupboard again. For Rocks, a British – Nigerian girl in an inner city school with a multi cultural mix of mates, all is well  and director Sarah Gavron captures the sheer joy of friendship at that age. But for Rocks it is soon to change. A single parent family her little brother Emmanuel (D’agelou Osei Kissiedu – utterly adorable) and herself come home to an empty flat and an envelope of a few ten pound notes that her mother has left before abandoning them. With no father around and their only grandparent in Nigeria Rocks has to cater for them both whilst trying to not let on to her friends or neighbours about what has happened.

With the money soon running out and social services attending the address Rocks and Emmanuel  start living off favours and her best friend Sumaya soon finds out what has happened as it’s not the first time Rocks’ mother has done this. Protective and over defensive Rocks verbally lashes out at her friend when it’s an all too obvious cry for help and remarkably this is a script where all the cast have contributed and what makes the film so realistic. Unfortunately it is all too believable with headline stories about children in such situations falling through the gaps in the care system and emotionally damaged by their predicament. There are several moments that are upsetting with Emmanuel not knowing why his mum has gone crying, ‘I do not want her to come back. She’s a stupid person!’ and the distress continues when social services do finally catch up with them in an emotional wallop with the little boy screaming, ‘I want mummy!’ The onscreen brother and sister relationship, which is utterly charming, is what makes sense such as this so upsetting. A great cast of non actor school kids led by Bukky Bakray as the title character and at the centre of their gangs friendship and petty squabbles give it a documentary style authenticity.

Rocks is a great little independent film ….powerful, absorbing, uplifting but with an all too depressingly familiar ring of truth.