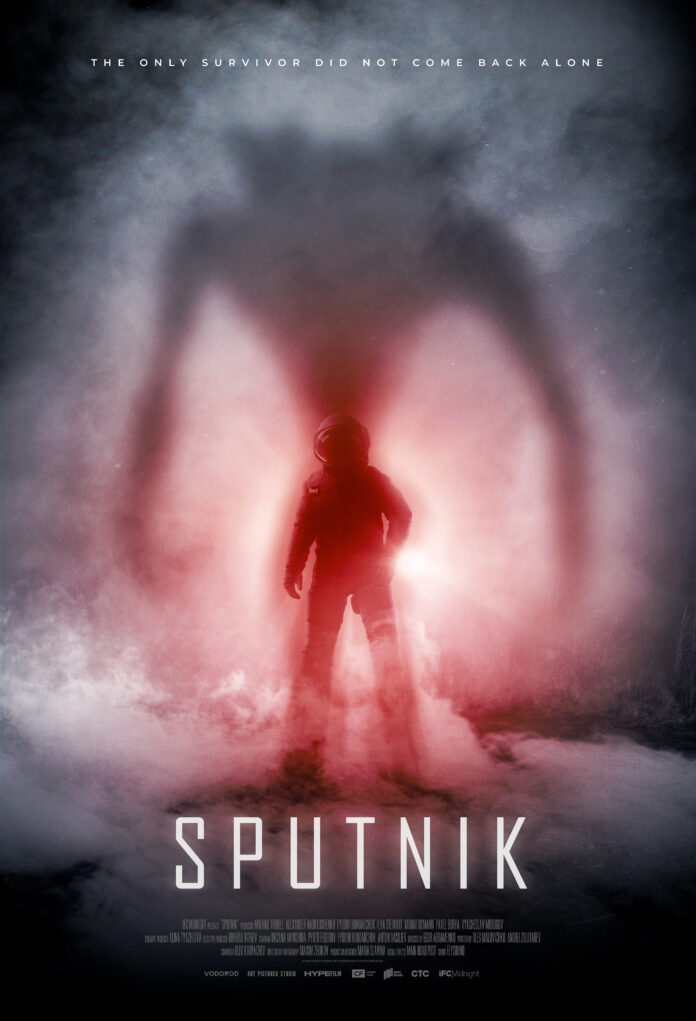 Sputnik was the first Russian satellite, a lump of tech that broadcast dull radio signals babbling across the nation before it crashed and burned. In many ways it was like Nick Grimshaw’s Radio 1 Breakfast Show. Here though it’s a 1983 space ship manned by two astronauts where an incident sees it plummet to Earth with only one of the astronauts surviving. Bought to a Russian base he’s kept there for debriefing only for the scientists to find that there’s far more to him than they thought. Into this they bring Tatyana (Oksana Akinshana) a psychologist already under investigation for her methods.

What she finds is that the astronaut didn’t come back alone. Inside him there is an alien life form that emerges at a specific time of night before returning to its host who makes shows no knowledge of what he’s hosting. In that respect this owes much to the hugely influential ‘Alien‘ , probably the grand daddy of all the space monster movies and here when it does emerge looks like the contents of a tissue after a heavy cold.  The puzzle for Tatyana is whether the alien is a symbiote (mutually beneficial) or parasite (sucking the life out of another causing it harm before eventually destroying it or as its more commonly known, Meghan Markle). It’s Tatyana who is at the centre of Sputnik and slowly (sometimes too slowly) piecing together that all is not as might be expected. It’s all building towards a bloody climax with the head of the facility looking to weaponize the alien (a la Aliens) and herself up against another scientist who is keeping info from her in his own misplaced belief that he can get a Nobel prize out of his research.

Sputnik is a Russian made film with subtitles but don’t expect solemn heavy going Battleship Potemkin type drama as this is very much commercially orientated horror with effects as good as anything you could see in a Hollywood film. Debut director Egor Abramenko handles the set pieces well – an early what-did-we- just-see moment on the returning spaceship is well handled as are several tense set pieces with an ominous score that’s not dissimilar to that of Sicario. The main issue with Sputnik is that at almost two hours it is overlong and would benefit from losing twenty minutes but for Abramenko this is a worthy attention grabber if he’s looking to go to Hollywood.