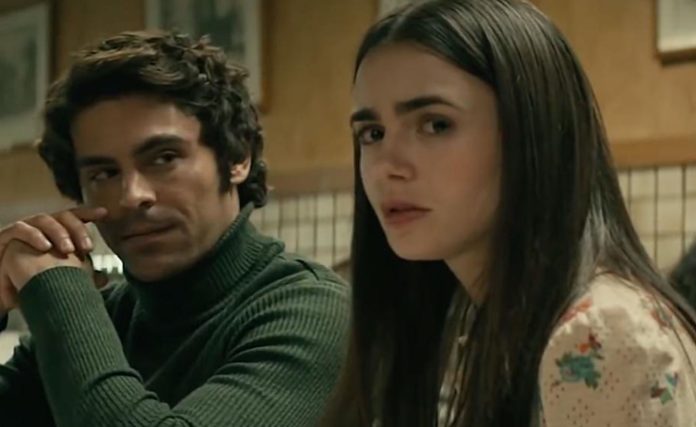 Serial killers have always been a cinema staple made all the more appealing for film makers after the Oscar winning success of Jonathan Demme‘s Silence of the Lambs and the equally brilliant ‘Seven’.  EXTREMELY WICKED, SHOCKINGLY EVIL AND VILE is about America’s most notorious serial killer, Ted Bundy a suave, confident, attractive man on the outside, inside a seething psychopathic lunatic who frankly would have been just at home at being a politician as he was a serial killer.

Here Joe Berlinger director of EXTREMELY WICKED, SHOCKINGLY EVIL AND VILE starring Zac Efron as Ted Bundy, tells us about his fascination with the killer…… 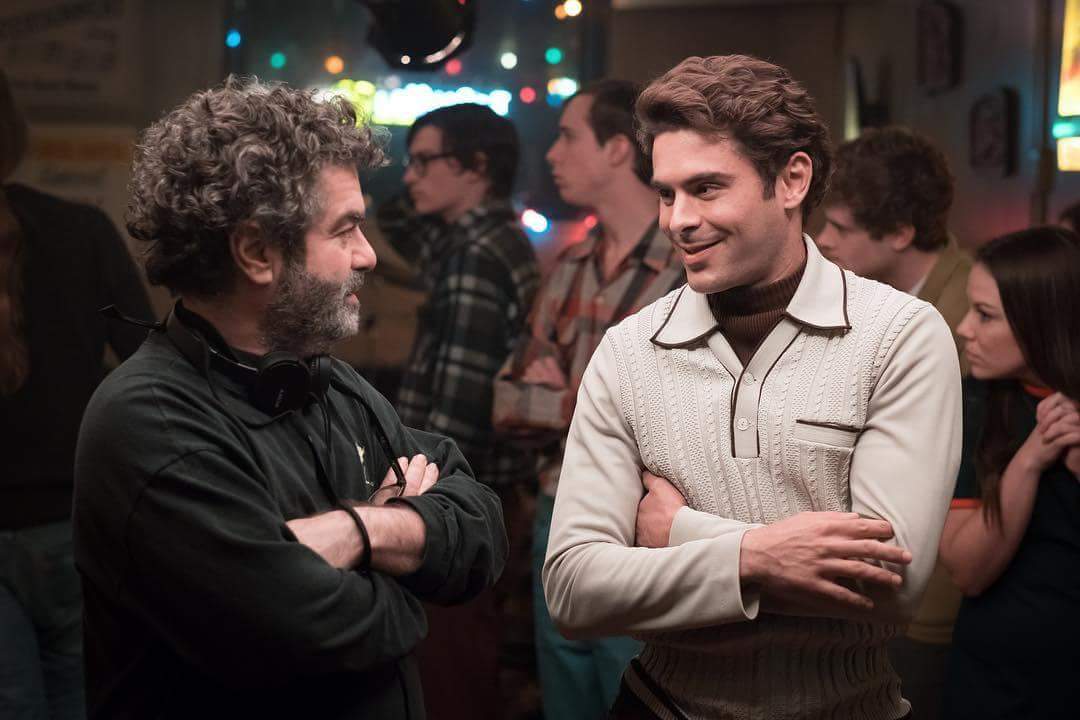 America has 5% of the world’s population yet has had 67% percent of the world’s documented serial killers – that’s a staggering 2,743 during the last century and a half. And the FBI estimates that at any given time, there are 25 to 50 active serial killers operating in the United States. Yet even with so much carnage, arguably only one serial killer in particular has loomed large in the American collective psyche … Theodore Robert Bundy. 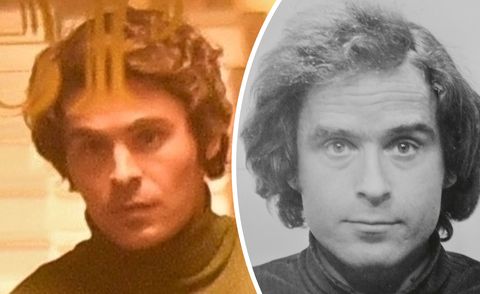 The story of Ted Bundy is sordid and dramatic. Ted Bundy relied on his disarmingly handsome looks to charm his victims to death. He also was adept at changing his modus operandi to confuse investigators. He escaped police custody twice through daring and imaginative prison escapes. Then, just days before his execution on January 24, 1989, Bundy finally confessed to murdering over 30 women between 1974 and 1978, after years of denying his heinous crimes. Experts believe the true number of Bundy’s victims is much higher.

But what truly sets Ted Bundy apart, beyond the body count and his skill at eluding capture, is that few other American serial killers have achieved his level of perverse celebrity and even admiration by so many who for years thought he was innocent. Bundy brilliantly used the podium of the American media to gain a sizeable, fanatical following by defying all expectations of what kind of person ends up being a serial killer. Simply put, as a charming, good-looking and seemingly upwardly mobile white man, his lovers and many friends and acquaintances could not believe he was capable of the vile acts he committed, allowing him to escape detection for many years. And even during his trial, he attracted supporters who could not see beyond his good looks and charm.

We are not following investigators as they hunt Ted, or travelling in his shoes as he gains some visceral thrill from committing these horrible acts or his revisiting the locations where he hid the bodies of his victims (as he often did.) Instead, the audience experiences the unfolding of events as Liz perceives them – that Ted Bundy is caught in a Kafkaesque nightmare of unfortunate coincidences…….an innocent man caught in the system. This allows me to subvert the serial killer movie genre by providing the viewer with the tension of a wrongful conviction saga while slowly revealing the true meaning of what’s actually unfolding. That’s the unanswerable question of the movie – many experts believe sociopaths are incapable of love. I am not so sure. But he massively deceived his girlfriend Liz, and it’s the nature of deception that this movie explores. 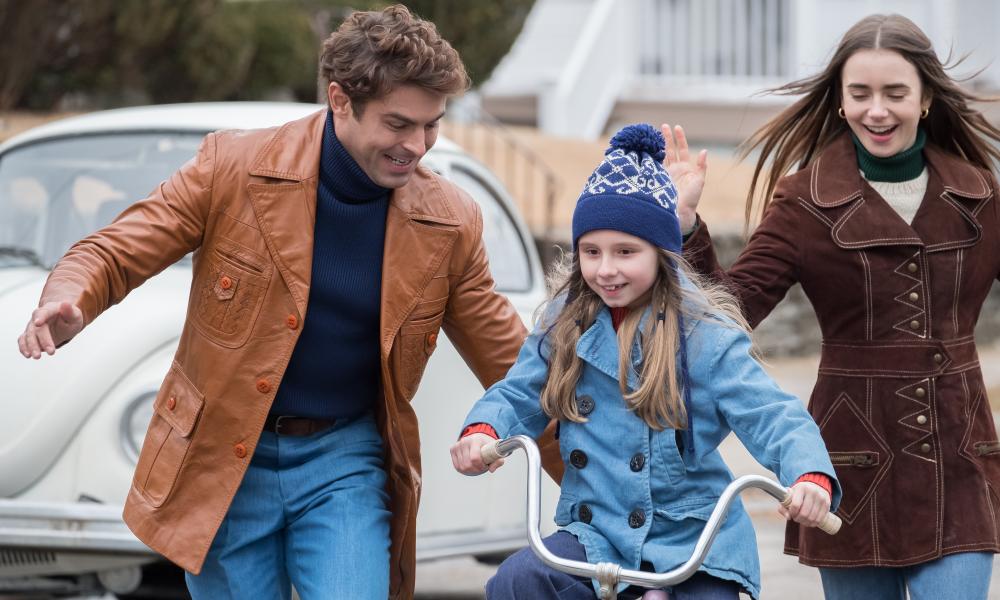 The 1970’s saw increasing female emancipation – women became more sexually liberated, joined the workforce in greater numbers and travelled more independently, often by hitch-hiking. Sadly, despite the social progress, this left women more vulnerable to serial killers and other predatory violence that saw a massive increase in the 1970’s.

So, while the term serial killer was not yet in common use at the start the 1970’s, the phenomenon itself was in full swing. Ted Bundy, feeling rage and inadequacy, targeted a certain kind of young woman, but denied his crimes until just before his execution. Bundy’s denial and the believability of his denial in this film represents for me the victimization of women by sexual predators that the #metoo movement has so powerfully brought to the forefront of our current collective consciousness. Liz had to go confront Ted on death row at the end of the film – not because she needed to hear him admit the truth in order for her to know the truth (she already knows the truth) – but to hold this sexual predator and vile serial killer accountable for his actions. She had a tough time coming forward — a symbol of how women have had to endure the historical injustice of not being believed when they are victimized, and doubting themselves.

The trial of Ted Bundy was the first nationally televised trial in American history, and turned Bundy into a media sensation. In addition to the national media, there was media present from all 50 states and 9 foreign countries. This was before the 24-hour-news cycle and the explosion of cable stations that we know today.Electronic-news-gathering and satellite feed technology was in its infancy, getting its first real national workout at Bundy’s Miami trial. Ten years later, Bundy’s execution was covered live and watched by millions, one of the early uses of mobile satellite trucks. Bundy turned serial murder into a national television spectacle, and I believe a straight line can be drawn from Bundy to the O.J. trial in 1995 to today’s seemingly insatiable appetite for true crime news coverage and story.

In reality, Ted Bundy was also a highly manipulative petty thief and serial rapist and killer who practiced necrophilia and sometimes severed the heads of his victims. Unlike most serial killers, he denied his crimes when he was caught, and only started to dole out information days before his execution in order to spare his own life, but pretended he was remorseful. Bundy is often associated with the advent of FBI profiling – but the truth is that the FBI created profiling in response to law enforcement’s utter failure to bring him to justice earlier. In an era before DNA and even fax machines, police departments did not share information and there were no centralized databases such as we have today. The three times Bundy was apprehended were not because of stellar detective work, but because he was an erratic driver pulled over by police who did not initially know who he was. If Bundy had been a more careful driver, he may never have been caught at all. While he was obviously guilty and deserved conviction, the forensic evidence against Bundy at his Miami trial was weak – except for the bite mark evidence that sealed his fate. It was the first time that bite mark evidence was used in a criminal case, and yet today bite mark evidence has been largely debunked as junk science. As one who advocates for the wrongfully convicted by highlighting flawed forensic science such as this, I find this to be one of the great ironies of the Bundy case, particularly as it relates to the nature of truth telling.

EXTREMELY WICKED, SHOCKINGLY EVIL AND VILE is out now and you can read our review of the film here