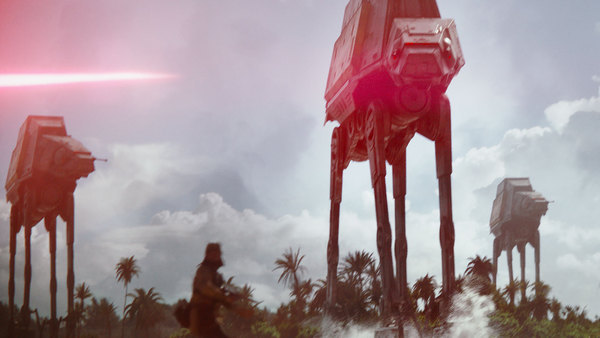 So its director Gareth Edwards who’s probably feeling the heat at the moment with the reshoots demanded by Disney. Reshoots and pick-up shots are always built into most big budgeted film schedules but the concern raised here is that reshoots for this will be for four weeks. This is rumoured to be due to an early test screening audience reaction…… well the truth is that there has been no audience screening and has been seen only by the top studio executives who think that the tone of the film is not in keeping with the previous films and needs a bit more of a lighter touch hence the reshoots.

It doesn’t appear to be anything to really send fans into a panic and the film is still set for a December 18th release and will lead up to the ten minutes immediately prior to ‘Star Wars: A New Hope’.