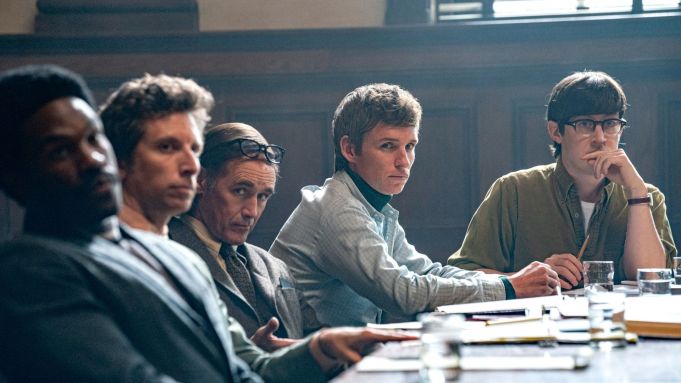 As we rapidly approach one of the most important Presidential elections in decades it’s a timely reminder that a film about an abuse of power opens and ends with the line, ‘The whole world is watching’. It’s set against an opening montage that sets the film in 1968 when Martin Luther King and Bobby Kennedy had been assassinated and Richard Nixon is President. It’s a chaotic time underlined by various groups planning to protest about the Vietnam war at the Democratic National Convention. The protest is comprised of an uncomfortable melting pot of groups that include students, the Black Panthers and others and it goes seriously awry ending in riots, brutality and tragedy. But the Trial of the Chicago 7 picks up some months later with a furious Attorney General tasking Richard Schultz (Joseph Gordon Levitt ) to prosecute  the 7 men that he holds responsible for instigating the violence. It’s a tenuous case at best as Schultz points out but the Attorney wants an example made of the Chicago 7 to put off anyone else of thinking to protest.

Defending the at the trial of the Chicago 7 is an attorney William Kunstler played by Mark Rylance sporting the sort of haircut that gives Samuel L Jackson a run in the wacky wigs stakes. Rylance as ever is excellent in an almost uniformly good cast but up against what soon becomes his nemesis Judge Julius Hoffman played by Frank Langella who veers between obvious bias, incompetence  and out and out abuse of process. Their scenes are magnetic with the Judge dishing out contempt of court threats like it’s a closing down sale and Rylance ever more exasperated  by the judge, and rightly so because what goes on in the court room is almost unbelievable perhaps none more so than when the judge has one of the defendants bound and gagged which even has Levitt’s prosecutor appalled.

Written and directed by Oscar winner Aaron Sorkin (The Social Network) he’s assembled a powerhouse cast for his sharp script which he has been working on for a decade and was at one point going to be directed by Spielberg. It’s Rylance and Langella who are the stand outs but there is excellent support from others that include Eddie Redmayne as what appears to be a bit of a woolly student respectfully sat in the courtroom only too aware of the seriousn consequences if they lose the case. Countering this is the appropriately cast Sacha Baron Cohen as  Abbie Hoffman  sporting an unusually wobbly accent  –much like his comic characters Cohen’s Hoffman is something of an agent provocateur dressing up as a judge in the court room, cheekily quipping to the ever irate Judge and pre-empting his order of ‘Overruled!’ but far sharper in his knowledge than belies his hippy appearance. And he and Redmayne have a typically sharply scripted exchange when its pointed  out that despite Hoffman’s intent he is in danger of undermining their protest with his flower power,  dismantle everything approach and that becoming the defining image of the era. 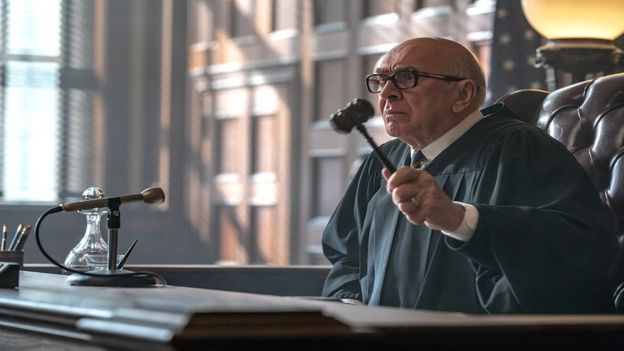 Sorkin’s film is another one of those great court room dramas made more frightening because it is true  and it is Langella who is a worrying reminder that when the crassly incompetent assume great power that is beyond their comprehension it is downright dangerous assault on liberty and democracy. With a Presidential election now only weeks away, the world is indeed watching.

Here’s the Trial of the Chicago 7 trailer……. 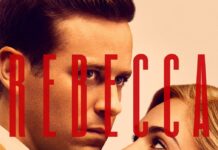