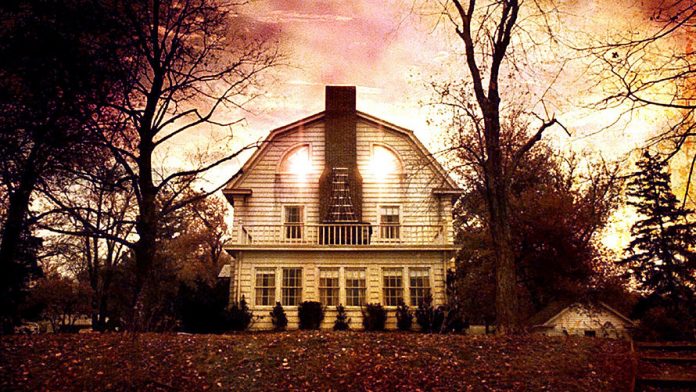 Following on from Part 1 and Part 2…….Daniel Lutz’s answer for now wanting to tell his Amityville story is, ‘I just wanted someone to believe me’

Doctor’s, priests, and his ex wife have asked him to do a polygraph test but it’s his reply to Eric Walter the documentary film maker of ‘My Amityville Horror’ who has  given him a stage to air his views on what happened that he gives both a revealing and disturbing  insight into Daniel Lutz’ mindset. 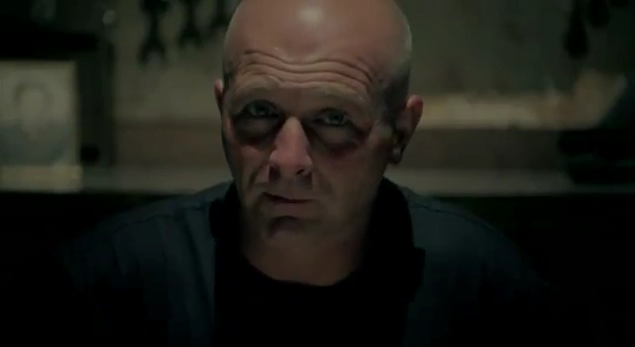 ‘I’m going to be having words with you after this is done.’ he tells Walter.  ‘Don’t go pulling shit like that on me. That shit’s not funny. I wouldn’t be doing this if I needed to do a fucking lie detector test!’

And yet it’s without any sense of irony he had earlier stated, ‘I don’t enjoy discussing (it)’.

So with  Warner Studio’s garnering critical kudos and cash from ‘The Exorcist’ & 20th Century Fox making a fortune from ‘The Omen’ it was American International Pictures (AIP) turn to dip their toe into the Satanic cesspool by distributing  1979’s, ‘The Amityville Horror’. In the past AIP had form distributing such horror curios as  ‘The incredible Melting Man’ (featuring make up by a fledgling Rick Baker), Jaws rip off ‘Tentacles’ as well as ‘Squirm’, ‘I don’t want to be born!’, ‘Deranged’, and the terror incarnate that is, ‘Frogs’!

With ‘The Amityville Horror’ (1979) AIP hit paydirt with the film pulling in almost $90m although as already seen the story had garnered much controversy over its authenticity with a variety of legal suits being launched over the following years. Even its stars James Brolin & Margot Kidder weren’t convinced it was true and many of the incidents in the scene were greatly exaggerated or never happened at all!

Regardless Hollywood was never going to let the truth get in the way of a good money making franchise and a sequel was inevitable. Cue the imaginatively titled ‘Amityville 2’ with the added moniker, ‘The Possession’ for extra scares. 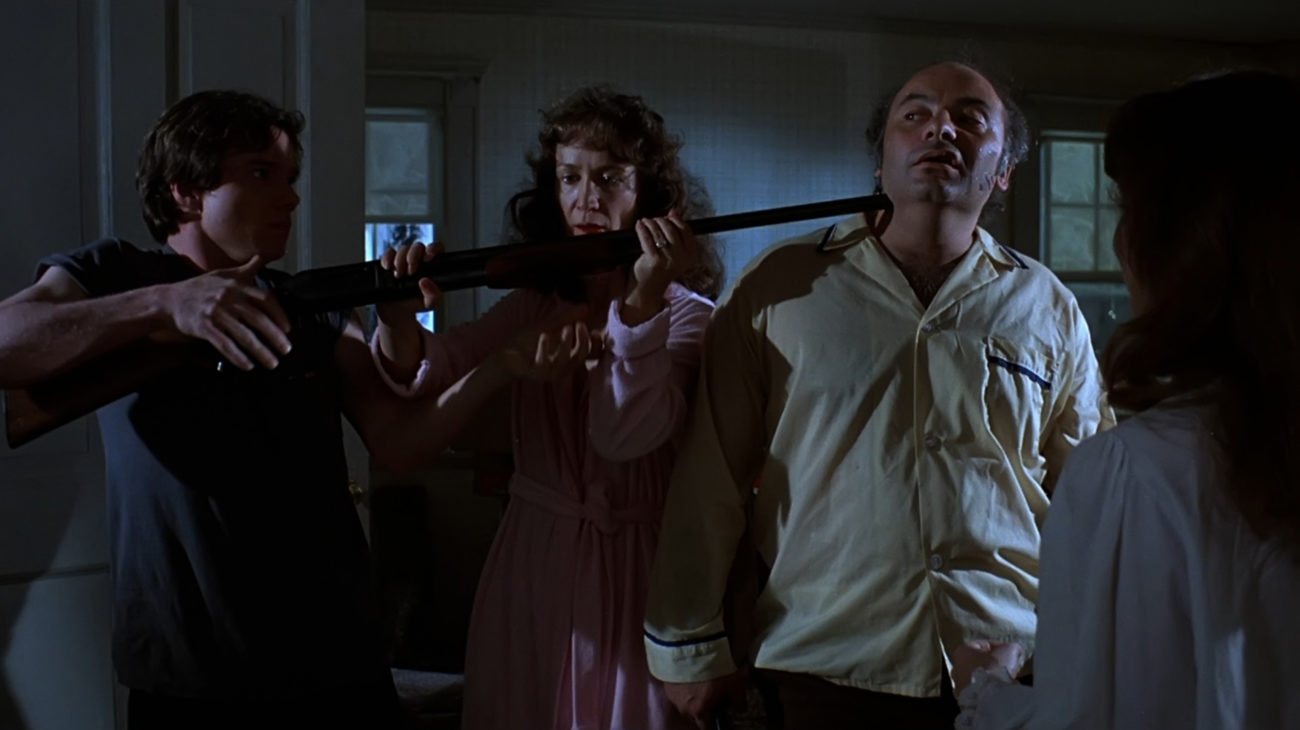 The horrific events were said to have been the cause for the house being possessed by spirits which had frightened off the couple in the original film but so Amityville 2 was intended to be a  prequel focusing on the 1974 murders.  The film was to be based on the book ‘The Amityville Horror Part2’ by John G Jones but the legendary Dino De Laurentis who was to produce the sequel had already  closed a deal for the film to be based on the  parapsychologist’s Hans Holzer’s book ‘Murder in Amityville’ about a murder in….um… Amityville. With George Lutz now a film producer he had  optioned the Jones book and was incensed and sued Laurentis losing spectacularly winning only the right to have the disclaimer “This film has no affiliation with George and Cathy Lutz.” pasted on the poster.

Detailing the circumstances of what happened that fateful night the sequel decided to throw into the mix an incestuous relationship between the murderous brother and his sister something which had been wholly based on rumour at the time. 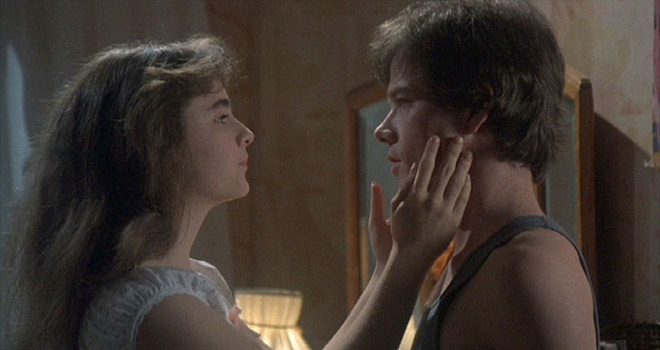 The film was shot in Mexico except for the exterior’s which were shot at a similar looking house in New Jersey which stood in for the real house in Ocean Avenue mainly because the new owners and residents in the street were now sick of fans cluttering up the area as they ogled, photographed and generally made a nuisance of themselves.

Despite the film being a prequel and therefore set in the mid seventies the production decided to throw out the window any sense of the era managing to feature a poster from Rocky (1978),cassette playing Sony Walkmans ( 1981) & and cars which didn’t go into production until 1982.

With the films family renamed the Montelli’s the sequel was released in 1982 and starred Burt Young and Ruttanya Alda who garnered her second Razzie nomination for worst supporting actress (her 2nd after the same nomination for the previous year’s Joan Crawford bio-pic ‘Mommie Dearest’).

Coming out of it slightly better was Diane Franklin as the incestuous sister in what was to be only her second role having debuted in the bittersweet comedy ‘The Last American Virgin’ earlier that year and was one of the few good things about the sequel which only made $12m in the US where as the first film had made $86m! 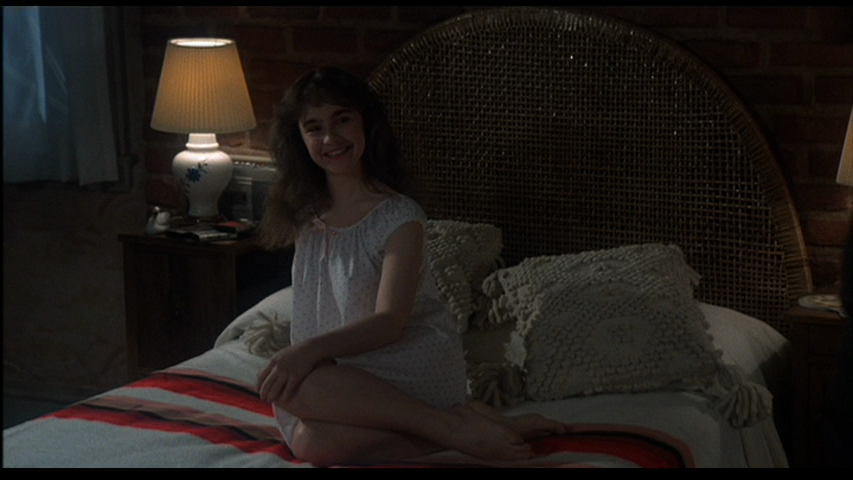 Despite this the film would be the second in a franchise that would grow progressively worse with the third film hopping on board the craze for 3D. But if anything the franchise served only to undermine any credence that the originals story might have had and ultimately the argument goes on as to whether the Amityville house was ever haunted.

The Amityville Horror is available on Dvd & Blu ray now