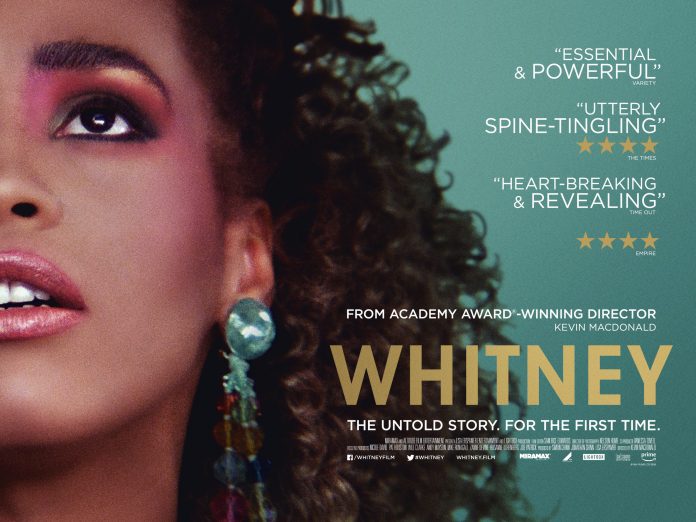 Whitney Tosspot–Farquarson never came to anyone’s attention except when she sitting in the Doctors reception when her name was called out and the whole surgery would collapse into hysterics. The matter was made only worse when her initials meant she was often called WTF. Whitney Houston on the other hand was an entirely different matter. She was one of those singers who could be called by her first name and it was instantly known who was being to referred to. Cheryl Tweedy-Cole- Fernanez-talentvacuum is another whose PR people are desperate to have her known only as Cheryl though it’s more likely that it’s because her entire name is unlikely to fir on her name badge when she finds herself back working at McDonalds…….. but we digress.

Whitney Houston’s rise to pop superstardom was meteoric  and was matched only by her rapid  decline and eventual accidental drug addled drowning in a hotel bath – hers was a classic case of being surrounded by family who were only too glad to be on her payroll and too weak to upset the apple cart and led by her avaricious and corrupt father, her feckless freeloading brothers and a drug doped, gap toothed, bollock brained, gormless goon of a husband.

Kevin Macdonald’s documentary Whitney tells us little new about her and the indulgence in drugs and eventual reliance on them saw her change from a talented and glamour singer to a bewildered bag lady. The film’s one bombshell expose is her sexually abuse  as a child by  a family member whose identity is a real shock.

MacDonald has a track record of making great documentaries and had won an Oscar for ‘One day In September’ back in 1999 but whilst there’s little new here he has got hold of some rare unseen and revealing footage. So we have a peek behind the sweet public persona as she bad mouths Paula Abdul, and glimpse her husband Bobby Brown’s irritation  at addressed as Mr Houston rather than her being known as Mrs Brown or her staggering around on a stage rehearsal repeatedly belching. The  interviews capture some candid moments too with Bobby Brown’s breathtaking denial that her death was anything to do with drugs or the record boss who claims to have known nothing about her addiction and comes across as wetter than Whitney’s last spliff.

MacDonald’s documentary’s are always good and this is no exception in setting out the corruption of innocence brilliantly laid out in an opening montage as she performs that quickly breaks down into fragmented and distorted mess that her life became. At her best Whitney was a supremely talented, well mannered church singer who degenerates before your eyes  into an unrefined cocaine craving waster treated as a cash machine by friends and family alike.

Tragic in the extreme that no one  in her entourage would take a firm hand with her – they all claim that Whitney went to rehab a number of times but on the evidence here it would seem that it was closed every time she went. Both a celebration and warning of what can happen it’s a depressing reminder that she wasn’t the first to come to such and end and is unlikely to be the last as was seen by the same tragic fate that awaited her daughter. Even if you’re not a fan, Whitney is a compelling watch.