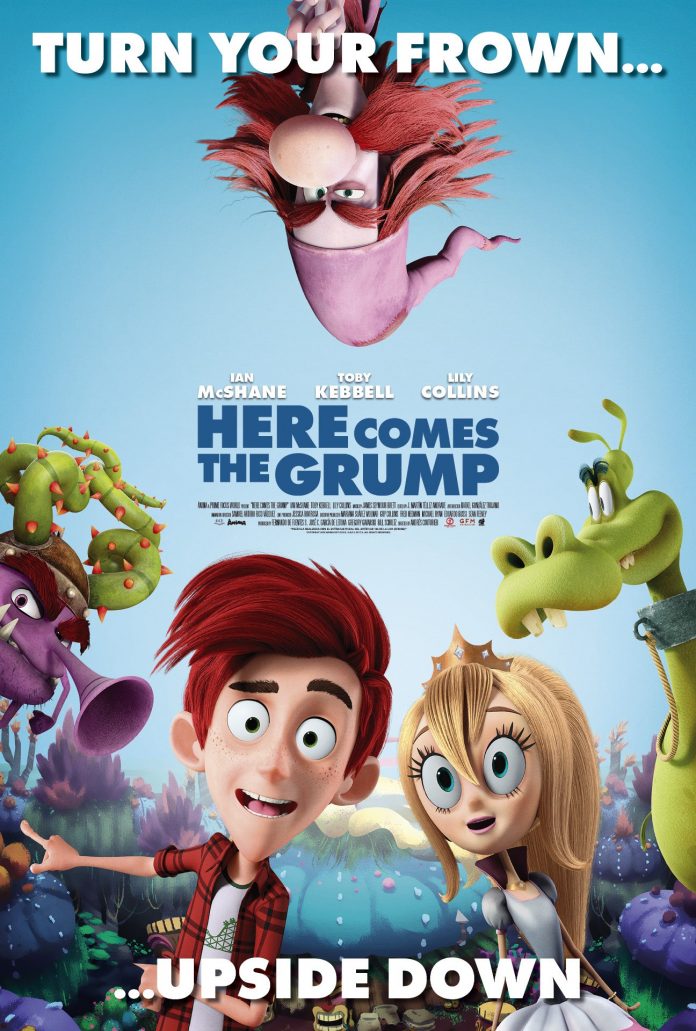 There’s been plenty of cheap cash in movies over the years with TV providing plenty of product for the big screen. Unfortunately much of it is dreck as exemplified by the 2015  Top Cat Begins. A film so woefully conceived and cobbled together that it should have been been retitled ‘Top Cat Begins……and Ends’. Behind that was the director Andres Couturier a Mexican director whose films single handedly justify Donald Trump’s attempt to build a wall between the US and Mexico. Regrettably Couturier has had another film financed and it’s called A Wizard’s Tale though frankly it should be confined to A Wizards Pocket

It’s a mark of its lack of imagination that one of its locations is called Groovy Land and has Terry (Toby Kebbell)  a fairground worker who theme park is as woeful as the directors films and finds himself transported to a fantasy world where a beautiful young princess (they’re always beautiful – there’s never a princess in these films with a face like a toby jug made by a high security mental institution inmate).

Voiced by Lily Collins the princess is imprisoned by The Grump (Ian McShane looking for an easy pay day). It’s not spoiling anything by saying that Terry and the princess fall in love despite all the odds and saves the day. Yes it is a simplistic synopsis but this is a simplistic story and is aimed squarely at young children who might find the Teletubbies a bit too existential.

Based on a TV series A Wizard’s Tale is basic animation by computer binary numbers and serves as a reminder as to just how advanced is the quality of Pixar’s films  and lacks the imagination of Imagination studios who make the Despicable Me / Minions franchise . It’s a depressingly cynical cash in on children’s entertainment for half term holidays and its all the more depressing for seeing Toby Kebbell’s talents wasted on such thin material. Since Kebbell made such a brilliant debut in Shane Meadows Dead Man’s Shoes he’s struggled to get a role that showed just how good he is despite eye catching roles in RockNRolla and Dawn of the Planet of the Apes and parts in blockbusters like Kong Skull Island and Prince Of Persia. Unfortunately he’s also appeared in Wrath of the Titans and the abomination that was the Ben Hur remake. It’s a list of duds that he can now add A Wizard’s Tale. Both Collins and Kebbell are somewhat generic and what the film needed on the voice front was the genius of Kenneth Williams to give it some sort of spark, instead it’s dead on arrival.

With a threadbare script that relies heavily on people falling over or crashing into each other or other things all to comedy sound effects A Wizard’s Tale is a wearing view for parents who will take their children to see this.