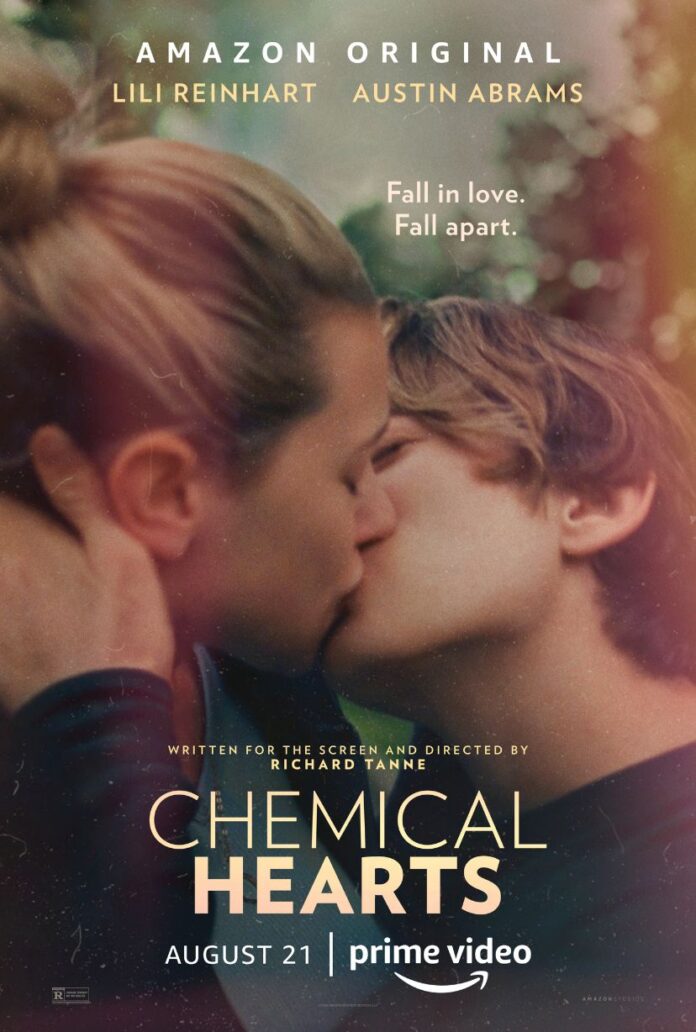 For old school ravers Chemical Hearts will mean something different to what is intended here.  Rather than being a dodgy load of pills sold by a space cadet in a field of goggly eyed ravers, the Chemical Hearts referred to here is the crazed roller coaster of emotions that loved up teenagers go through as their parents watch on in horror as their cherished child becoming a moody, introverted bag of oestrogen fuelled, testosterone pummelled nightmare prone to writing wincingly awful poetry about how no one understands them.  It’s little surprise then that the film opens with a voice over proclaiming that, ‘you’re never more alive than when you’re a teenager’……unless, of course, you have a terminal disease. Henry (Austin Abrams) is a 17 year old wannabe writer keen to edit the school rag and finds a competitor with new to the school Grace (Lili Reinhart) who immediately steps down from applying when she finds she has competition for the role. Grace is not the life and soul but more sullen and sulky, hobbling around on a walking stick for reasons which are made clear later on.

Instead Grace decides to stay on as a writer and help our Henry and it’s their working relationship that begins to develop into something more. It’s not clear why he should be interested in the moody teen and though she lets him drive her car it doesn’t go unnoticed by the other writers that there’s an attraction even though she shows no obvious interest in him. But their friendship blossoms with them going  on a walk or in her case, a hobble, into some disused factory where he agrees to accompany Grace with her bizarre request for him to, ‘ bring a loaf of bread’ (whatever happened to flowers and chocolates?) and when she begins pontificating on what she believes sounds existential  such as, ‘ People are the ashes of dead stars’ you have to start wondering if she ‘s been confusing Barbara Cartland with Marcel Proust. 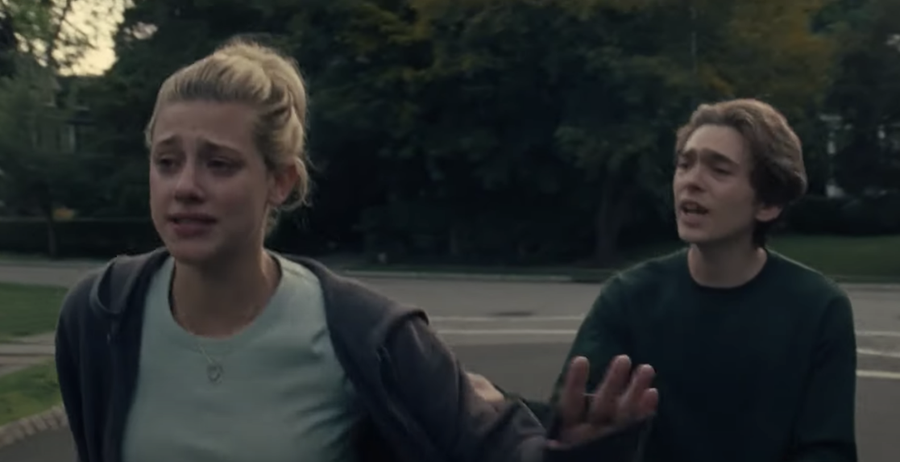 Rooted firmly in the teen romance genre the course of love will not run smoothly and once they become the loved up couple with outward displays of affection , kissing at any opportunity  it all leads to the revelation as to why she needs a walking stick and its then that the road to romance becomes rocky. Richard Tanne writes and directs much as he did with the Obama drama, ‘Southside With You’ and whereas Barack & Michelle went on to become world figures here, Henry & grace are more likely to become leading figures at Mills & Boon publishing house spouting truisms (that aren’t) about ‘the unbearable darkness of being young’.  Now as you get older you do become world weary, embittered by cynicism after too many broken relationships  (and in our Editor’s case , consequent injunctions) but Chemical Hearts at 90 minutes doesn’t outstay its welcome with decent central performance from both leads but is unlikely to appeal outside its demographic suffering from teens spouting lines that in fairness most 16 year olds would post on their instagram account.

CHEMICAL HEARTS IS RELEASED ON AMAZON PRIME ON 21st AUGUST 2020