From ‘Fast and Furious 5’ onwards the stunts grew ever more ludicrous and the box office ever bigger with the last film ‘Fast 7’ pulling in an incredible $1.5billion and with 10 films planned for the franchise it’s time for installment number 8. As ever it’s not just about the cars but also family or ‘faaaaamily’ as Vin Diesel drawls it and after opening with a spectacularly ludicrous car race it’s down to business as Vin Diesel settles down with Michelle Rodriguez in Cuba until a dreadlocked Charlize Theron blackmails him to go against his car jocks to protect a hitherto unknown member of his faaaaamily.

Theron plays Cipher, a cyber terrorist IT expert, who’s eluded the world’s security forces and it’s a cue for a return of Kurt Russell ‘s covert secret service operative who here is given his own sidekick in the shape of Clint Eastwood’s son , Scott Eastwood.  Russell persuades the now retired Dwayne Johnson to join Diesel’s gang and help track down Cipher and Vin who are planning to pull off an incredibly audacious feat and hold the world to ransom. It’s all a bit James Bond from hereon really. The only catch for Johnson is that Jason Statham is also joining the gang to track down Cipher.  Basically the whole gang are back in town and are joined briefly with a cameo from Helen Mirren in the most enjoyably laughable part of the whole film although perhaps not intentionally so.

As ever the story hops around the globe with increasingly insane stunts where cars are gleefully thrown around like toys in a stroppy child’s bedroom as exemplified in a sequence where Cipher remotely controls a load of cars in a multi storey car park and drives them off their various levels with the vehicles raining down onto the pavement below. The car-nage is spectacular. But Diesel who now has a producer role on the films is keen to keep the focus equally on family which becomes ever more extended with each film and its Scott Eastwood who initially starts as the butt of the jokes but appears to be lined up as the late Paul Walker’s replacement. As for the rest of the cast….well…..Johnson and Statham are reliably good especially in Statham’s standout sequence on a plane that bests many of the car sequences even though there is no car in it. Diesel drawls his lines and looks increasingly untoned compared to Johnson and much has been in the press about their alleged rivalry on set. But with Statham as lead Brit in the cast it’s Helen Mirren’s cameo which is jaw dropping with the most comic cockney accent we’ve heard in while that makes her sound like she’s auditioning for a role as the Pearly Queen of London town.  Yes, that’s Dame Helen Mirren, aka The Queen, does cockney! Stone the crows!  However it’s as nothing compared to Nathalie Emmanuel as the gangs female tech expert with her received BBC pronunciation sounding ridiculous when she pronounces the word ‘missile’ in the American way and delivers the rest of her lines so woodenly that if she kept still she may be mistaken for the furniture. Tyrese and Ludacris return with their squabbling double act which the script writers seem to have a sly dig at when Johnson is given the line, ‘Why do you have to shout?’  Theron looks as great as ever and it appears that to counteract the bald males she has the horrifically hirsute Kristopher Hivju and his gigantic ginger beard of doom.

Diesel is rumoured to have final say on who directs and here’s he’s chosen F Gary Gray who’s not an obvious choice because whilst some of his films have been decent enough (‘Straight Outta Compton’) his only film in this kind of genre was the lack lustre and unnecessary remake of ‘The Italian Job’ and whilst he does a workmanlike job here it’s the spectacle, rather than taking your breath away with the action, that he captures.

The films have got successively longer and at 136 minutes this is one of the longest and it’s the early signs of bloat that seems to suggest the film makers can’t resist making the action scenes, which are clearly very expensive, last as long as possible to get their money’s worth out of the stuntmen.  The problem is clear that the franchise is now for the first time showing signs of not quite being able to up the ante enough from its predecessor and again even the script writers seem to acknowledge this when they give one character  the line, ‘Alright, I’ve had enough of this shit’. That’s probably putting it a bit strong but there’s certainly a slight sense of fatigue here despite the seemingly obligatory nod to Paul Walker’s character towards the end. 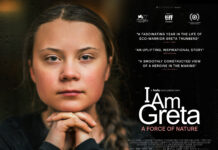 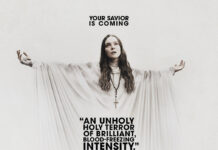 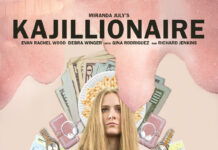 Could Wonder Woman be an Oscar contender…….?