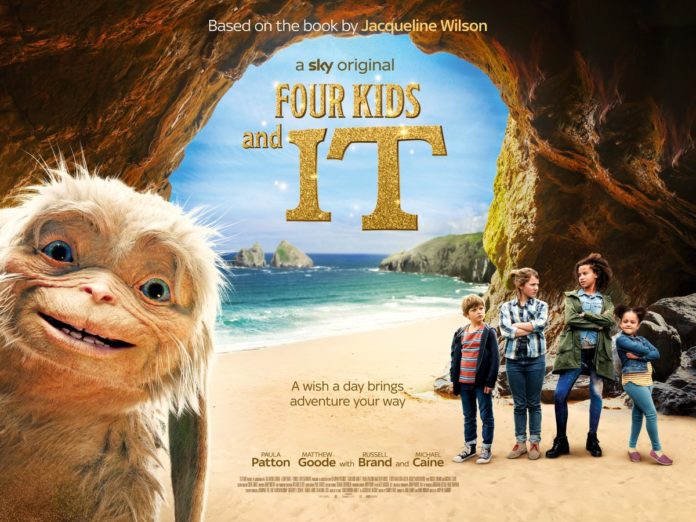 Four Kids and It is not how Kerry Katona’s ex-husband refer to her but is actually a film adaptation of the book by the hugely popular author Jacqueline Wilson. ‘Four Kids and It’ has divorcee Dad David (Matthew Goode) and his two children Anthea & Robert meeting up at a holiday cottage with divorcee mum Alice (Paula Patton) and her two children Smash  & Robbie. It’s a surprise to all the kids that the holiday is a ruse for them to meet their step parent to be and one that is met with disappointment by Anthea who was desperately hoping for her Dad to reconcile with her mum. It’s an all too real moment that many children must face when their parents separate and is sensitively dealt with here. Anthea’s disappointment is compounded by her step sister who goes by the name of Smash presumably named because, as one of the most appallingly dislikeable children to ever grace a film, it’s what you find yourself wanting to do to the screen.   She really does rate in a Top Ten of hateful kids as she storms around, yelling and being generally objectionable to anyone who has the misfortune to encounter her. 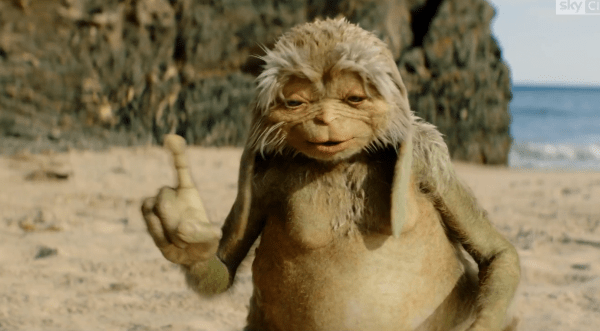 It’s when the children have an enforced ‘getting to know each other’ trip to the beach that they first encounter an aged creature called Psammead that moves under the sand as it attempts to pinch their belongings and when they corner it they find he is voiced by Michael Caine and has the gift to grant a wish a day. So whilst they have a low level waste of time wish – to climb up the beaches cliff face – it’s the ghastly Smash who decides to have her wish made true namely being a international pop star. Making a cameo appearance is fading pop warbler Cheryl Tweedy nee Cole nee Fernandez-Versini nee who-knows-what-her-name-is-this-week though this might be why she is insisting she now be known only as Cheryl a name that lacks the glamour of Cher, Madonna or Kylie and lends itself more to what will be her ultimate destiny namely serving bacon rolls in Greggs. Her presence is wholly underwhelming and with her history of battering a black toilet attendant it’s perhaps the reason why she accepted the role when she saw the ghastly kids name was Smash seeing it as an invite as much as an acting opportunity.

It’s the Psammead’s power to grant wishes that has Russell Grant pop up as the local country squire Tristan purportedly bird watching but actually looking to capture the creature for his own greedy ends. In fairness to Brand his days of hedonism seem to be behind him now and he is perfectly fine in the role. So when he does finally imprison the Psammead the kids swing into action having kept the wish granting creature a secret from their parents in a bid to rescue him having learnt a life lesson that granting wishes usually has a downside.

Four Kids and It is directed by Andy De Emmony a highly regarded TV director (Father Ted) and this is nicely handled which deals with aspects of childhood that kids will easily identify with as well as the importance of friendships and the strength of Wilson’s writing is dealing with issues on children’s minds. With the world in lockdown Four Kids and It is a charming film to keep the kids occupied.

Here Jacqueline Wilson introducing the film at the premiere…….

Here’s the Four Kids and It trailer….. 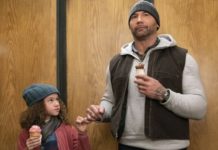