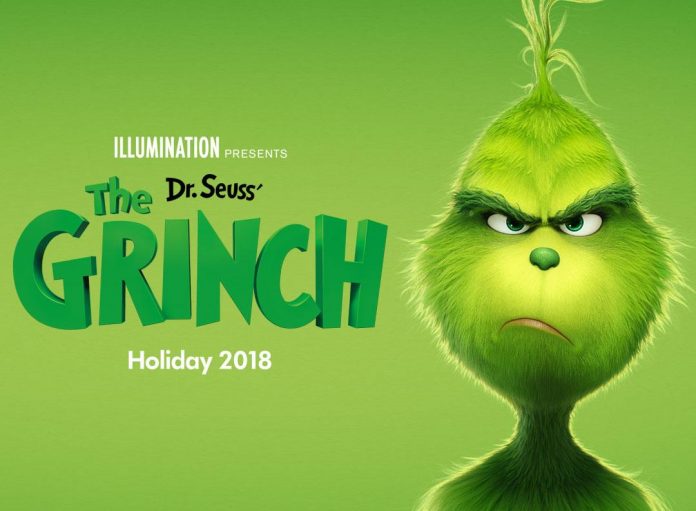 As we inch ever closer to Christmas it’s fitting that a new Grinch film is out, a character who is resolutely opposed to the festive season and frankly one look at the TV highlights each year and it’s little surprise that it’s a time when suicides hit a peak.

The last version of thee classic Dr Seuss’s The Grinch was way back in 2000 with Jim Carrey in a live action version of How the Grinch stole Christmas. The film was more of a triumph of production design but most especially the work of make up effects genius Rick Baker who rightly won his penultimate of seven Oscars. But that was 18 years ago and the law of changing studio heads dictates that we’re due another remake this time an animated version by Illumination Studios which is no bad thing when their back catalogue includes Despicable Me, Minions and Sing and The Grinch is their second Dr Seuss adaptation after The Lorax.

So we start with the customary swooping shots of Whoville, a town where the inhabitants are getting ready for Christmas whereas the Grinch, living alone with his dog high up in the mountains and hateful of a season of enforced jollity, finds he is short of food and is forced into the town to shop. At the same time little Cindy Lou who lives with her single mother and twin baby brothers desperately tries to get to the postbox with her letter for Santa before the mailman but she’s too late. Dejected and down cast she decides to capture Santa on Christmas Eve so as to tell him her Christmas wishes.

Her plan unfortunately coincides with the Grinch’s who, resentful of the festivities decides that Whoville should be as miserable as he and, roping in his dog and morbidly obese reindeer (a real one not Gemma Collins) and a stolen sleigh he puts together a plot to steal all the presents and decorations on Christmas Eve. It’s one of the film’s best sequences as the Grinch and his sleigh make their way round the town hovering up presents and sucking the spirit out of Christmas in the same way that an audience feels when James Corden pops up in a Christmas TV special.

At the heart of this is a resolutely dark and all too real message that the Grinch is ultimately lonely and resentful of Christmas time as it only compounds his solitude with no one to share Christmas with and for a town like Whoville whose residents seem to revel in sharing the festivities with each other and that many are so pleasant to the Grinch it’s a wonder that none of them pick up on how he feels. Thankfully the film swerves any cloying sentimentality.

Voiced by Benedict Cumberbatch the Grinch is enjoyably bitter and contrasts sharply with the animation with its brilliantly bright colours, cute kids, and Christmas itself,  frankly, for kids, what’s not to like. It’s central theme of loneliness at Christmas is only too real for many at that time of year trapped with only Mrs Browns Boys Christmas special on TV its enough to make anyone O.D. on Brussels sprouts….and we’ve always felt especially sorry for children stuck on hospital wards, not so much because of their ailments more that they risk being visited by Jimmy Saville.

The Grinch keeps much of the Dr Seuss books intact with Pharrell Williams as the narrator with his rhyming couplets and there’s enough here to get kids even more crazed for the Christmas season.