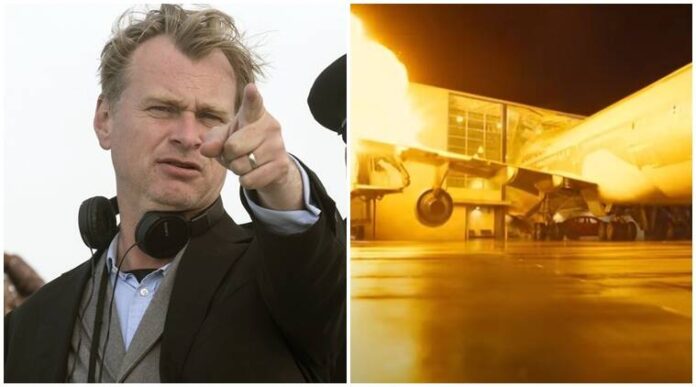 While set in Oslo, the decidedly dramatic plane crash in Tenet was shot at the airport in Victorville, California, located at the south western edge of the Mojave Desert. Despite Nolan’s penchant for realizing even the most explosive action sequences in-camera, he had originally intended to film that specific scene utilizing miniatures and VFX, understandably assuming it would be prohibitive on several fronts to crash a real plane. Surprisingly, Thomas reveals, “We ran the numbers and it turned out it was more cost effective to buy a retired plane than to build a miniature and a full-size set piece for the interior.”

Nolan, Crowley and Hayslip went to the airport in Victorville, where old passenger planes being salvaged for scrap are stored. The plane Nolan decided on was a 747 jumbo jet…but, ironically, before they could crash it, they first had to restore it. Scott Fisher clarifies, “When a plane is decommissioned, they take out the brakes and other parts, so our main focus was first replacing the brakes because being able to stop it was obviously the most important thing. We also had to figure out the steering, what our tow vehicle was going to be and make sure everything was functioning as it should.”

The filmmakers still needed clearance from the airport, as well as from Boeing, who built the plane and whose hangar and property was needed because it was part of the set build location. “The sequence involved the plane running over cars and knocking down light posts and finally slamming into a building, before catching fire—essentially everything that an airport doesn’t want to happen, we were doing,” Hayslip acknowledges. “After we got them to agree to it, we had to get Boeing on board to prove we wouldn’t damage their hangar or stored aircraft. We had physicists draw up calculations for the stunt, asking them if the plane weighs this much, and has this much braking power, and it’s going this fast, how quickly can it stop and where will it stop? We showed them that if you push the button here, the plane will travel 23 feet and stop right there, and they said that’s fine.” 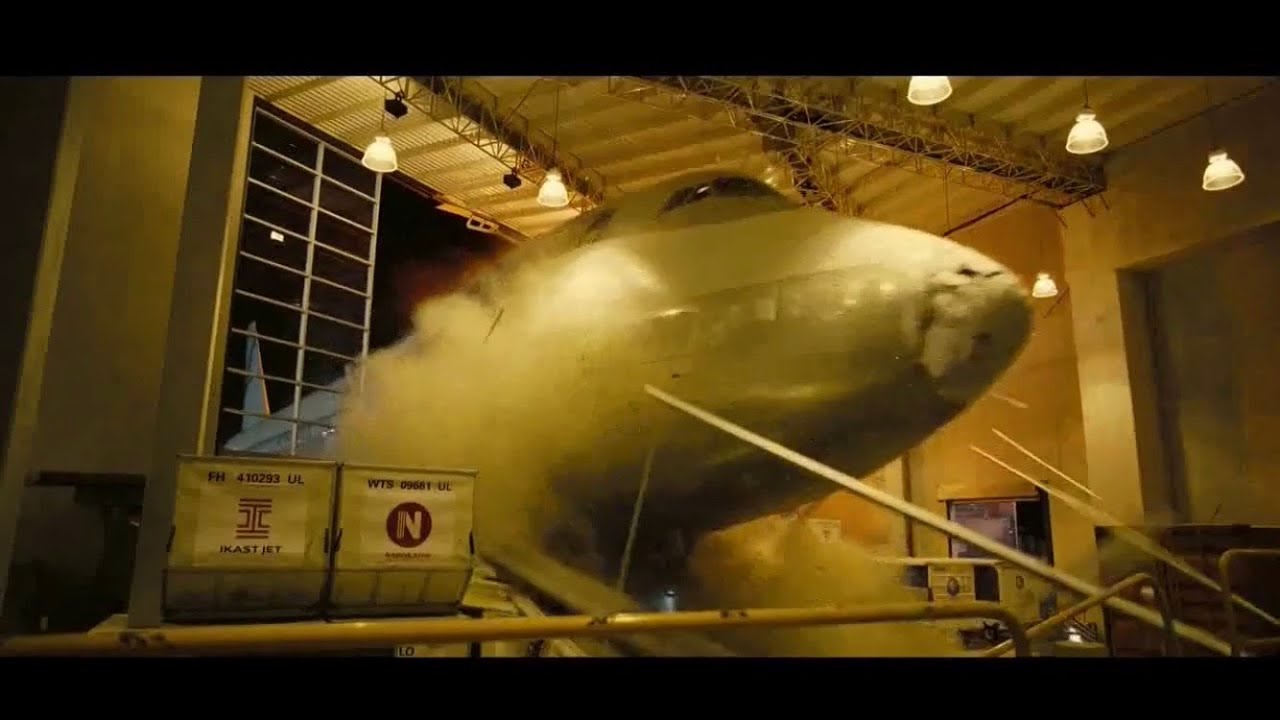 For reasons of both safety and control, the jet could not taxi under its own power, so Jim Wilkey—who had to go to school to earn a specialized license—drove the tow vehicle that pulled the plane down the runway, before it veered off; then a cable/pulley system took over to guide the actual impact. Cottle relates, “Jim spent a couple of weeks with Scott and his gang just working out the system and getting the timing down even before the rest of us turned up.” The plane was steered by a driver in a pod near the wheel well in the belly of the plane. “We definitely ruled out having anyone in the cockpit, to keep them as far as possible from the impact zone and on the opposite side of the pyrotechnics,” says Fisher.

Shot at night, the plane crash in Tenet required a huge lighting set up. Van Hoytema confirms, “It had to cover a very large area, so we had condors with lights and light sources on top of all the surrounding buildings. Everything was visible for a mile, which was a challenge because it was supposed to be an airfield in Oslo, and we didn’t want to see the dry Mojave Desert.”

Even in the midst of filming such an elaborate plane crash in Tenet , Nolan says he has to maintain his equanimity so that others follow his lead. “I have to be very objective and not think about at the magnitude of it. I have to look at it as just another set of shots because the department heads and the people putting together something that complicated have to be able to do it calmly and safely. If everybody is too enamored with the scale of it, things will fall between the cracks. You have to be very focused on safety, so there has to be a lot of communication between departments to know exactly where they’re going to allow us to be and where we can place our cameras. But once we start putting the sound on it, cutting it together and seeing people’s reaction to it, then I get to enjoy the feat of it.”

…….and that’s how they shot the plane crash in Tenet!