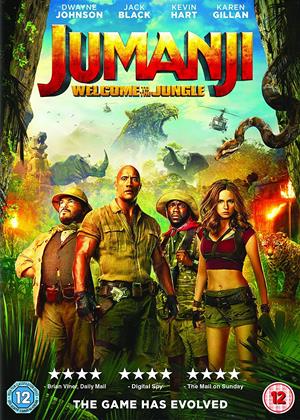 Jumanji was another remake / reboot call it what you like in a long line of remake /reboot call it what you like.  Many are wholly unnecessary (Yes, Gus van Sant we’re looking at your version of Psycho) some are outright disasters (The Omen, The Vanishing Total Recall, The Wicker Man the list is almost endless) but some are an improvement (1982’s The Thing). Jumanji : Welcome to the Jungle was  an updated remake which worked remarkably well for those with fond memories of  the 1995 original with Robin Williams.

With the board game jettisoned for a video console version, four teenagers are sucked into the game only to find their avatar’s the opposite of their real life selves and in that respect it plays like a body swop comedy akin to ‘Big’. It’s the four avatars played by Dwayne Johnson, now the biggest earning film star in the world, joined by a sporty Karen Gillan, an unusually likeable and amusing Jack Black and rounded out by Kevin Hart doing his usual shouty schtick

Jumanji takes the conventions of gaming and uses them to good effect with characters seeing their strengths and weaknesses appear as a hologram above their heads but in keeping with the video games the effects here are CGI of which the first film was hardly innocent but 22 years of developments have seen massive leaps and a rhino stampede towards the Rock & co’s fleeing helicopter is one of the highlights.  Though the film has no cameos there is a nod to the original even using the Robin Williams characters Alan Parrish name as a throwaway reference.  It’s a reminder of Williams at his crowd pleasing best yet was beset by depression that overwhelmed him causing him to take his life. He was undoubtedly a great loss and prompted us to hope that maybe the ‘comedian’ Rob Brydon will succumb to depression one day. 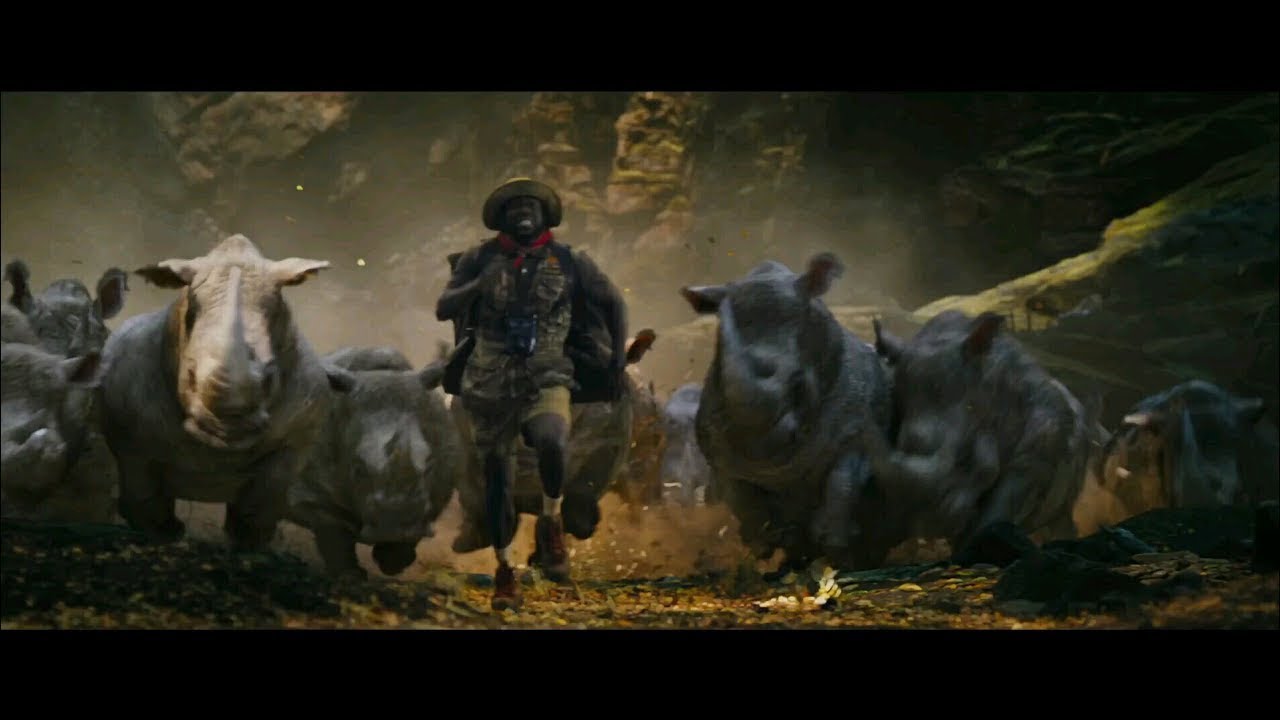 The Rock goes from strength to strength in a self deprecating role and Karen Gillan must surely be due a headlining action role whilst Jack Black shows that given the right material he’s a funny guy as the lumpen middle aged avater horrified by his real life selfie obsessed high school princess.

The weak links in the cast are Kevin Hart thinking he’s funnier than he actually is whereas Rhys Darby, who is a very funny stand up, again fails to get a role that shows off his talents and Nick Jonas is a wholly unnecessary addition and struggles to keep up with the others.

Jumanji : Welcome to the Jungle is a very good reboot for  new generation unaware or unfamiliar with the original and it was one of 2017’s biggest films grossing $954m meaning a sequel has already been greenlit.

The disc has a wealth of extras though on closer inspection prove to be a little disappointing. A gag reel is uniformly unamusing and is matched only by a Jack Black video singing ‘Welcome to the Jungle’ proving that he is not Axl Rose.  The rest of the featurettes are of varying quality with a making of proving OK , a ‘meet the cast’ being a back slapping feast of, ‘oh, working with so and so was just fantastic blah blah blah’, and a stunts feature is thin. Thankfully the film more than makes up for it .