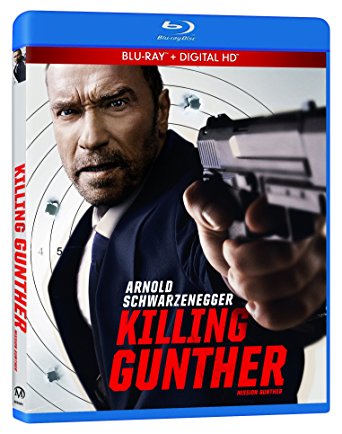 The release of Killing Gunther is a sure sign of Schwarzenegger’s fading star power. The former biggest and highest paid movie star of the late 80’s and early 90’s has, since his return from his sojourn into politics, struggled to re-establish himself as an A-list action star with the likes of Jason Statham, Vin Diesel but especially Dwayne Johnson having taken over the title.

With the Terminator franchise stalling it seems and straight roles like that in zombie melodrama  ‘Maggie’ & real life story ‘Aftermath’ though decent films are not really performing at the box office and so his films are now going straight to video and VOD with the first being ‘Killing Gunther’ an action comedy hybrid where he plays the title role of the world’s greatest hitman envied and reviled  by all the others in his line of work to such a degree that they club together in a bid to kill him themselves. Followed by Taran Killam who plays hitman, star, director and writer and  his character, Blake, wants a documentary crew to follow him  and their efforts many of which are dismal failures and the alleged top assassins end up getting bumped off by Gunther who turns the tables on them.

It’s a bit of a misnomer to call ‘Killing Gunther’ a Schwarzenegger star vehicle as he doesn’t appear until about an hour into the films 90 minutes running time and instead the glimpses of him covertly bumping them off is clearly  played  by a stand in who acrobatically throws himself around like Arnie never could even in his prime and his stunt double is a completely different size and shape altogether but perhaps that’s part of the joke.

At his peak Arnie’s films had $100m+ budgets but ‘Killing Gunther’ is at the other end of the scale with some ropey photoshopping of props pictures used in the film and a cast of nobodies apart from Cobie Smulders who smoulders.

Entertainingly daft Killing Gunther is rooted firmly in the Saturday night with a six pack category but anyone expecting more as this is a very  very vanilla disc with no extras at all.

Killing Gunther is available on digital download from 2nd April 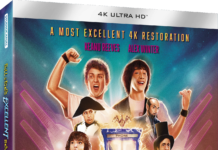