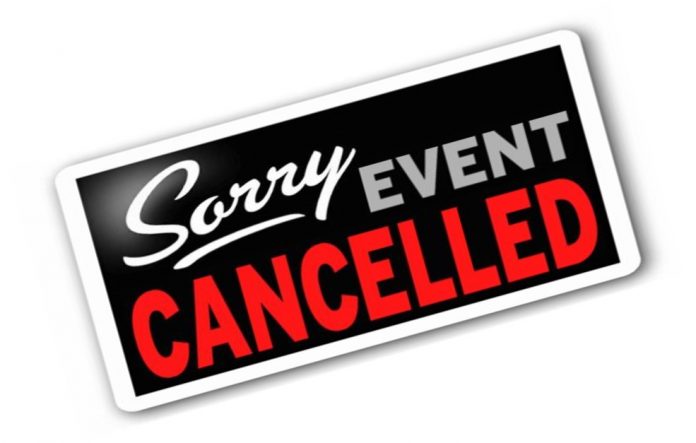 When certain movies hit the screens it’s hard to believe that someone actually financed the film. It was a though that went through the heads of every critic who watched open mouthed at the abomination that was the alleged comedy ‘Sex Lives of the Potato men’ which starred Johnny Vegas and Mckenzie Crook. It was breathtakingly awful leaving many staggering from the screening room wondering just what it was they had seen. However there are some scripts for movies do the rounds which would be great propositions yet never get made. Here we look at five of them…….

From 96 -97 it was felt that after the success of two Batman movies it was time for Superman to be rebooted and an early version by Jonathan Lemkin & Gregory Poirier was rewritten by uber comic book fan boy Kevin Smith. He hated their take on the story and wrote his version of the superhero. At the time producer Jon Peters had made some bizarre and frankly ludicrous demands on the story namely there was to be no red & blue costume, the climax had to involve a giant spider and most bonkers of all Superman was not to fly. Despite this Smith’s script was highly regarded and he had suggested Tim Burton to direct. Burton did not reciprocate the kindness choosing instead to bring in writer Wesley Strick to completely rewrite Smith’s script. The other big announcement was the casting of Nicolas Cage as Superman who even completed costume test shots as a dyed black bequiffed and shaggy haired Clark Kent. It’s Strick’s version of the script that leaked online and to many appears to be a massive step back from Smith’s story – Superman is now semi retired and unaware of his Krypton origins. Strick had also got rid of all of Smith’s dialogue and any humour was dumped in favour of solemnity and that the Clark Kent side of his character barely surfaced and instead played up Superman’s alien side. However by 1998 Batman & Robin was released to catastrophic critical mauling by fans and critics alike effectively killing that franchise for the time being taking down any hopes of any new Superman movies with it. It didn’t help that the script was regularly being rewritten to accommodate budget cuts and in the end Burton left the project too and it would not be until 2006 when Bryan Singer’s Superman Returns proved more reverential to the comic book source. The only thing that did survive was Peters giant spider idea which emerged as the climax to the woeful Will Smith film ‘Wild Wild West’ which was a box office bomb. 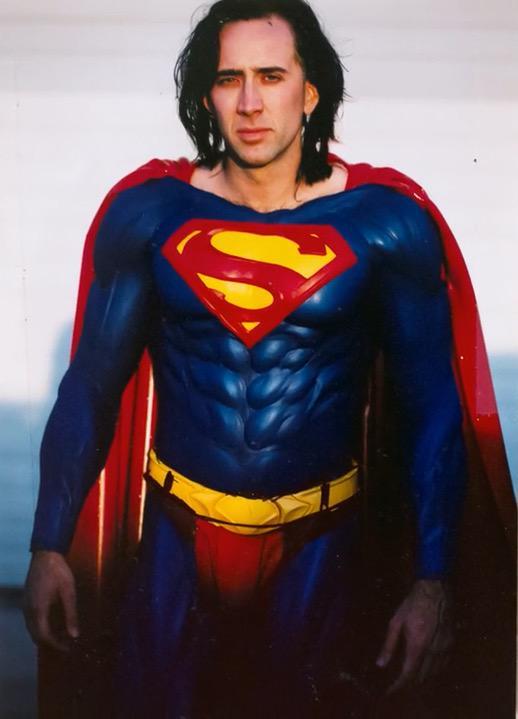 After the double whammy of Reservoir Dogs with its pop culture littered references that made screen writing cool and the Palme D’or & Oscar winning Pulp Fiction Quentin Tarantino could seemingly do no wrong when it came to movies. During press junkets he revealed that Michael Madsen’s Mr Blonde aka Vic Vega and John Travolta’s Vincent Vega were brothers. As it turns out many of  Tarantino ‘s early movies and scripts were in some way interconnected and these two brothers were to have their own film to called The Vega Brothers or Double V and would follow their adventures in Amsterdam before their  stories in Dogs and Fiction. The problem though was that this was the story of two younger brothers and both actors were getting noticeably older which left any chance of them appearing as their younger selves in the film less and less plausible and then the idea came of the story about them as older brothers. In the end with Tarantino’s next film being the Elmore Leonard adaptation Jackie Brown before imposing on himself a ten movies only career of which he is about to start filming number nine it now seems highly unlikely that he’ll be revisiting Vic & Vincent. 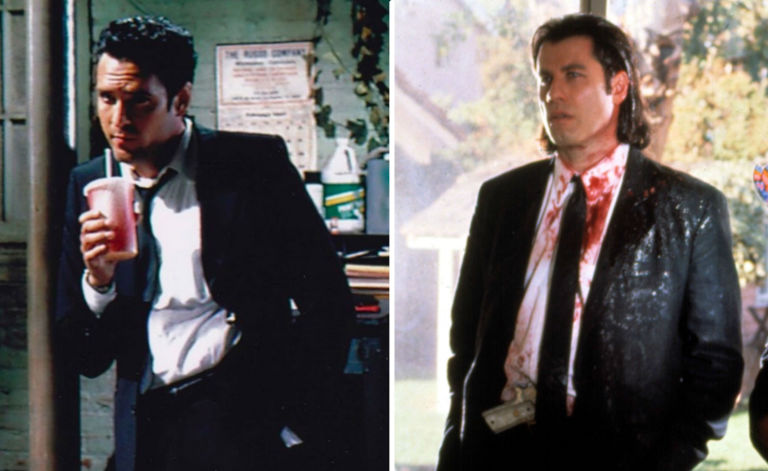 When Paul Verhoeven had moved from his native Holland to Hollywood he went ahead to make some of the greatest movies of his career that included Robocop, Total Recall & Basic Instinct. All were massive successes. The world was at his feet and having worked so well with Arnold Schwarzennegger on Recall (he was still the biggest star in the world at that point) it seemed that the directors eye for spectacular destruction paired with the box office draw of Arnie would be ideal for a big budget action fest called Crusade inspired by the Knights of the church on a mission to Muslim middle East. It was a big project…. a REALLY big project with an ever burgeoning  budget  to match that was rapidly heading North of its original $100m which was massive at the time for Carolco who the production company who would fund it. It became more and more stressful for Verhoeven and at a budget meeting with Carolco he allegedly had a breakdown. Verhoeven left the project and Carolco shelved the project. Unfortunately Verhoeven went on to direct Showgirls and Carolco put the money into making the pirate adventure Cutthroat Island which went onto become one of the costliest flops ever made.

It was an odd enough choice that director David Lynch made a film of the sprawling Frank Herbert sci-fi novel Dune in 1984 which in itself was an incomprehensible mess. But ten years earlier another single minded director almost made the film instead. Alejandro Jodorowsky already had a reputation for the extreme and bizarre and his western  El Topo in which he also starred fitted the bill nicely. It was an almost hallucinatory experience of a film and it was that impression that he intended to carry across to his version of Dune. He’d managed to secure a budget and had cast the noted Shakespearean thespian Mick Jagger in the lead role and had persuaded the surrealist artist Salvador Dali to design the production. Added to this was Pink Floyd to score the film and it seemed destined to be one of the most individual films ever to be made. Unfortunately Jodorowsky then spent a fifth of the budget on pre-production with no end in sight for the film to actually start shooting and then had every intention of turning the mammoth novel into a 14 hour film. Unsurprisingly the budget was quickly withdrawn and the project was immediately stopped.

Games to movies adaptations have rarely been a success and history is littered with unmitigated disasters like Super Mario Bros to financial flops like Alone in the Dark. But after the global box office and Oscar winning success of Lord of the Rings trilogy Peter Jackson had his eyes on Halo which already had a huge game following.  Alex Garland was commissioned by Microsoft whose property it was to write a script earning $1m in the process. A talent agency then suited up actors as the super soldiers to deliver the script then inviting studios to make their bids. Universal and Fox took the bait. They also accepted Microsoft’s incredible financial demands that included  $10 million against 15 percent of the box office gross, a $75 million “below-the-line” budget as well as wanting creative approval over cast, ownership of merchandising rights and while they were at it they wanted 60 first-class plane tickets for Microsoft personnel and their guests to attend the premiere. By anyone’s standards that was a hell of a deal they had secured for themselves. So pre production began and to no one’s surprise costs almost immediately began to rise with the studio realising very quickly that their profits were going to be ever more difficult to make so the producers went back to Microsoft in a bid to renegotiate the original deal. Microsoft point blank refused and that’s when Halo ground to a halt. It wasn’t until 2013 when Microsoft thought they’d have another go and approached Steven Spielberg about executive producing  a TV series but since then nothing seems to have developed any further. Halo was widely seen as having the potential of Avatar with its other worldly sci fi soldiers but it seems that Microsoft just won’t let relinquish control of the property. 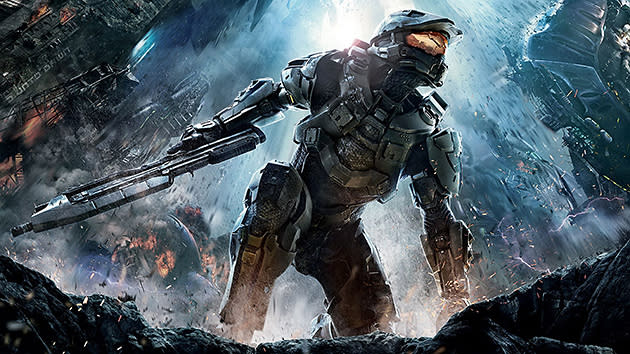