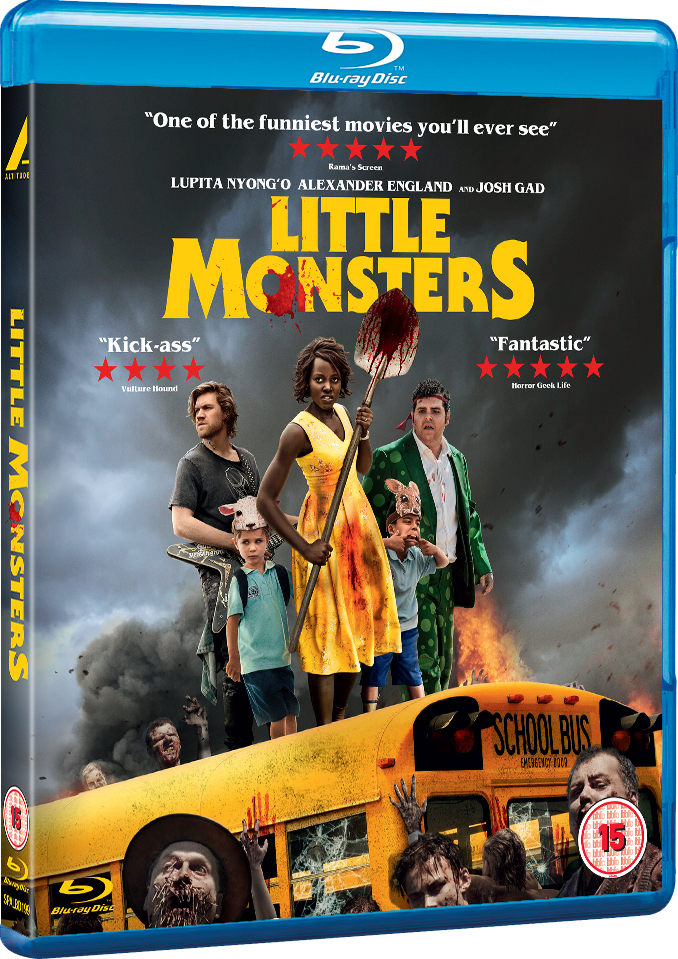 2004’s Shaun of the Dead set the template and set the bar high for zombie rom –coms  and since then we’ve had a load that include ‘Warm Bodies’, ‘Life after Beth’, ‘Shed of the Dead’  and added to those  is Little Monsters a punningly titled release starring Lupita Nyong’o (‘Us’) as a dedicated infant school teacher taking her class on a field trip to a petting zoo. In fact though that’s the mainstay of the film it starts with a montage of bitter arguments between Dave (Alexander England) with his girlfriend resulting in their break up. Kicked out of their shared flat he resorts to living with his sister and her son and as Dave is something of a foul mouthed man-child who shouldn’t be in any position of responsibilty for a child he finds himself as a chaperone for his allergy prone nephew on Nyang’o’s school trip where a kids show presenter is also visiting to make an episode of his ropey TV programme that features a sock puppet. Excited to see the presenter the kids unwittingly find themselves in the middle of a  zombie outbreak courtesy of the neighbouring military research base whose experiments have gone awry with zombies now running amok through the farm munching their way very quickly through visitors and animals.

So whilst it starts off with Dave as the potential hero he’s such an irritating liability that it soon becomes clear that Nyong’o’s Miss Caroline is the real hero here with Dave’s character arc being that at some point he’s going to have to man up. In fact the Little Monsters’ lead males, of which there are only two, are pitiful specimens with kids presenter Teddy McGiggle (Josh Gad – something of a Jack Black for a new generation) quickly revealed as an odious coward with a deep seated hatred of kids and only interested in sexual dalliances with the mothers. You’re soon begging for both of them to become a light snack for the zombies because Nyong’o effortlessly proves that she, like in so many films, is the one to watch here.

Writer – director Abe Forsythe has some decent moments here with the kids purportedly the Little Monsters but actually are endearingly likeable  and the suspense is generated as to whether they become a monster meal when the class lock themselves in what looks like the flimsiest of garden sheds that’s surrounded by zombies.

A limited release and now on DVD, Blu – ray and digital download the  Little Monsters disc is vanilla with no bonus features at all not even the trailer and a directors commentary would have been beneficial if only to give an insight into the pressure of working with children in a genre not known for its restraint when it comes to bloodletting 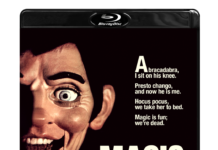