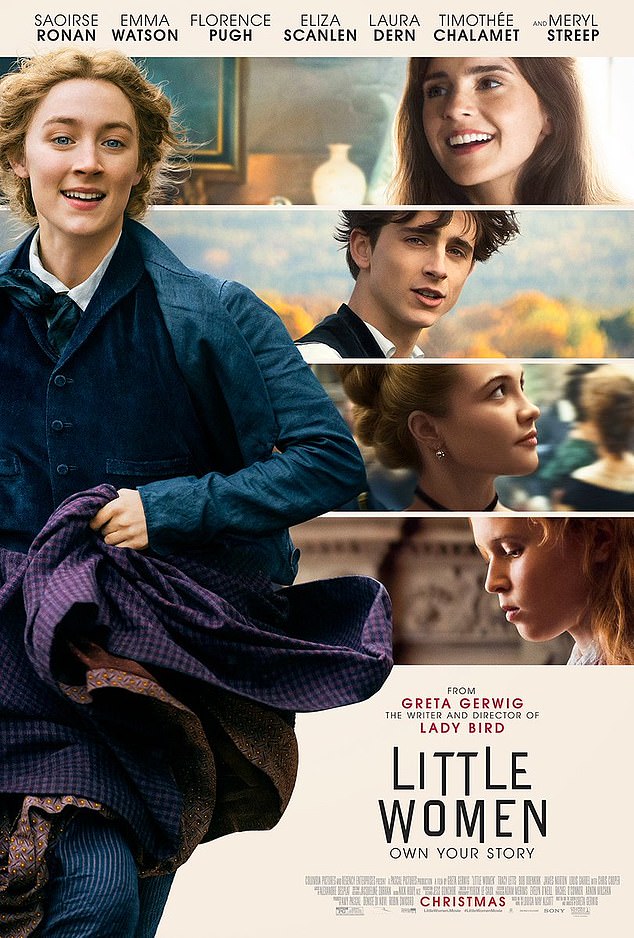 Rounding off the year which has had a huge number of overtly #TimesUp films (Colette, Destroyer, Gloria Bell, Hustlers, Judy and Punch and Late Night to name but a few), we now have a likely Oscar contender with Little Women a film that allegedly drew the interest of Prince Andrew and his paedo friends until he found it was a version of the classic Louisa May Alcott novel. It’s an apt time for such a film which is perhaps even more pertinent today. Set just after the American Civil war it has Saorise Ronan in a publishers office trying to sell her stories purportedly on behalf of a male friend but not fooling the Editor but who agrees to buy the story on the understanding that the heroine of the piece either dies or marries.  It’s a tongue in cheek prompt at the outcome of the story of the four March sisters Jo (Ronan), Meg ( Emma Watson), Amy (Florence Pugh), Beth (Eliza Scanlen). It’s also a cue that finance is a consideration for the four characters (as it was for Alcott who never married and needed to pay bills). It is Amy as the artist who wants to be great rather than merely good who puts it most succinctly seeing marriage is an economic proposition.

Writer / director Greta Gerwig has taken the Little Women novel and deconstructed and restructured it in part with scenes not in the book but included as a dig at modern America most notably about race when Laura Dern as the girls mother tells a black friend that she is ashamed of her country. It’s a scene not in the novel but Alcott’s journals included similar sentiments. 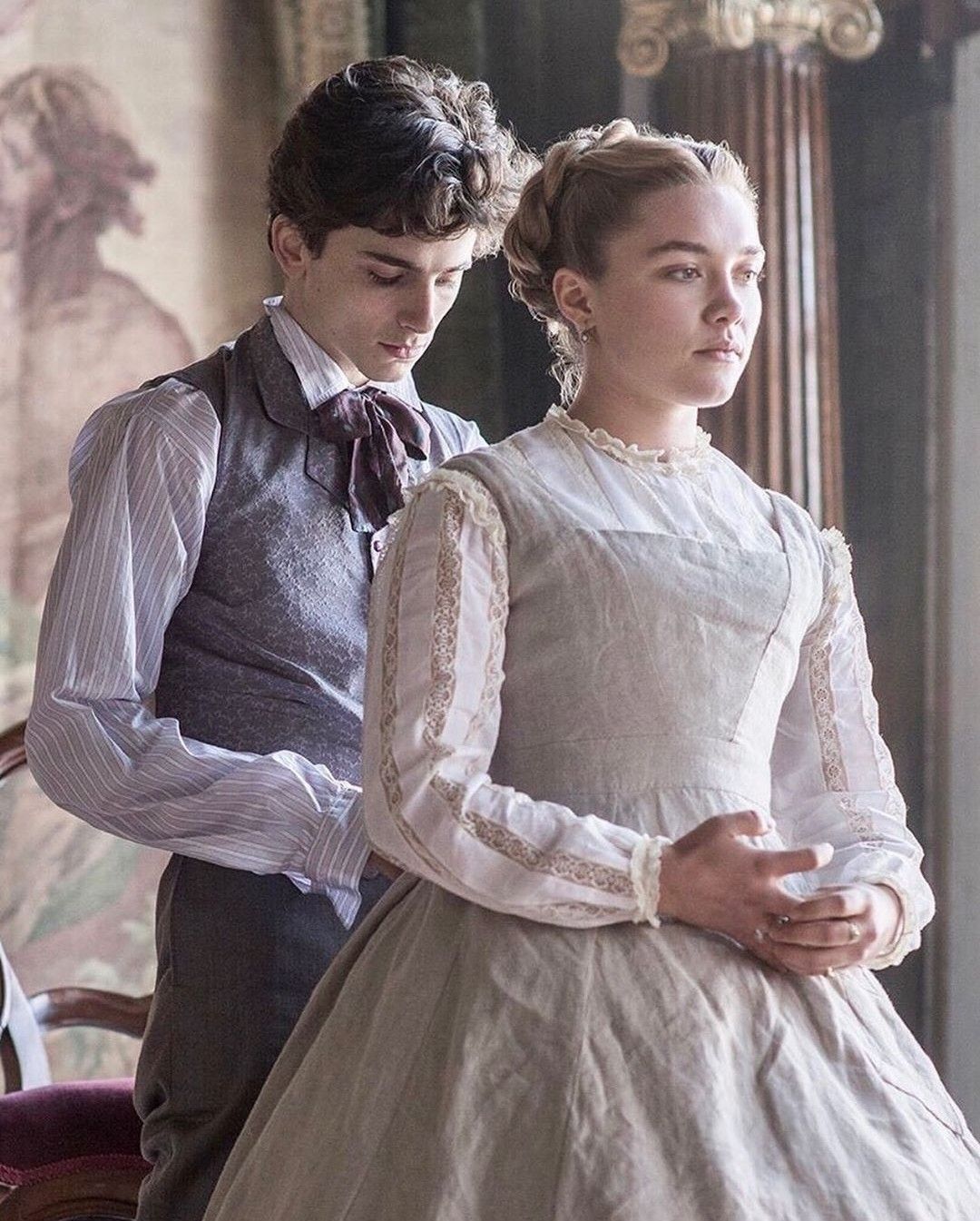 The four March girls all have their issues and it’s Ronan who stands out in the lead role with perhaps Watson having the least to get her teeth in to as each of the girls have their romantic issues with Timothee Chalamet rejected by Jo only for her to realise too late what she’s let go and what could have been. It’s an issue just about everyone must surely ponder at some point in their own personal romantic history (goodness only knows it must be on the mind of our Editor’s wife as he crashed home after the AFG Christmas party dressed as a drunken urine soaked Santa – ‘You’re fired!’ – Ed).

Gerwig has assembled a stunning cast with Ronan once again proving she’s seemingly incapable of delivering a bad performance, Meryl Streep in a wonderfully acerbic extended cameo and Florence Pugh rounding of a star making year after her appearance in ‘Fighting with my Family‘ and MidSommar and both should be in the running for award nominations as should Gerwig for directing a feminist drama that’s as relevant today as it’s ever been.