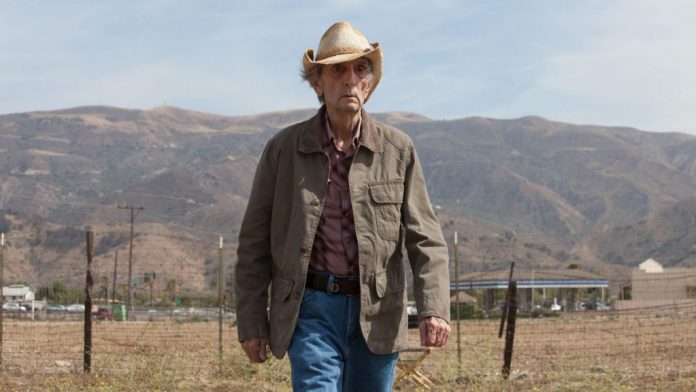 ‘Are you feeling lucky, punk?’ is the famous Clint Eastwood / Dirty Harry line and would have surely put a smile on Harry Dean Stanton’s face who plays the character Lucky in what was to the actor’s last film role.

At 91 years old Stanton is ideally cast as the wheezing, chain smoking, living skeleton Lucky. Living alone he wakes ach morning to do a handful of exercises before lighting up another cigarette and walking to is local diner before moving on to a bar for all day drinking and smoking . Little really happens in the film with Lucky raging against everything from the banality of Deal or No Deal to his own mortality and in that there’s a certain irony with Stanton looking so frail that you doubt if he’ll ever get to the end of the scene let alone the film. 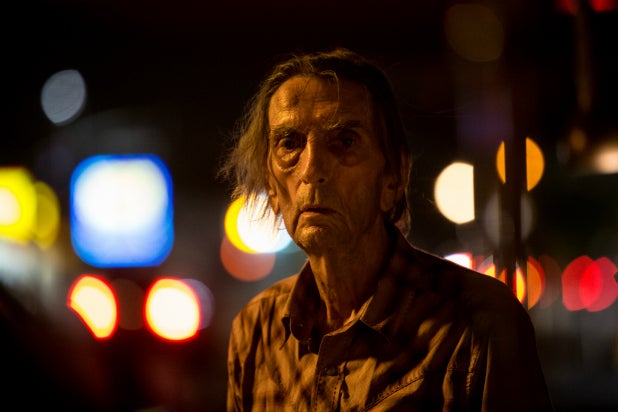 Throughout the film characters pop in and out of his day to day existence most notably David Lynch in one of his enjoyably off beat actor roles as a man obsessed with his decades old tortoise apparently having made a run for it when his garden was left open for a moment. It’s typically Lynchian and off beat. But its Stanton who’s at the core of the film rightly questioning the difference between being alone and lonely as he trudges through his small town,  a barren weather beaten landscape matched only by Stanton’s own drawn features.

Much like John Hurt’s last film ‘That Good Night‘ this is a fitting swansong for Stanton and is both moody and melancholy in an especially moving montage as his rake thin form climbs prepares for bed as Johnny Cash tune ‘Save me from the Darkness’ pointedly plays in the background. Stanton was always his own man and here at the very end there’s a brief moment when he looks directly at us almost knowing that this is his farewell. It’s an apt and poignant goodbye to a great actor.

Here’s the trailer for Lucky…….