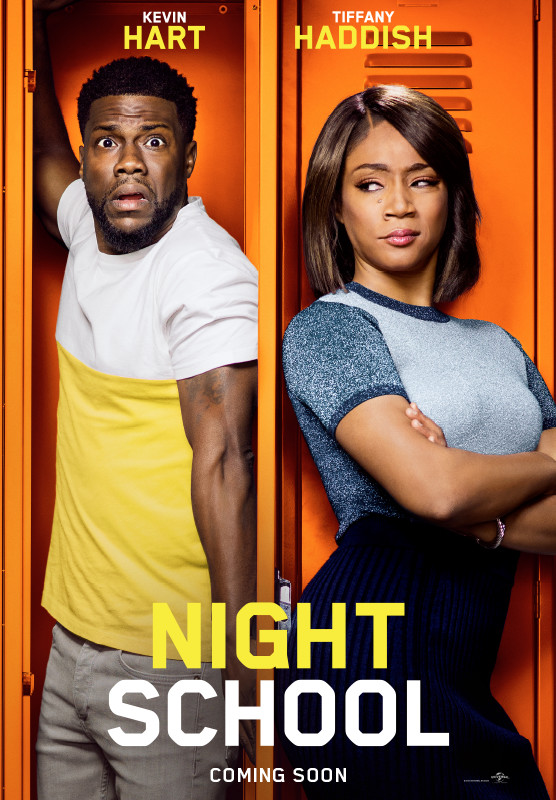 Having never been fans of Kevin Hart (Jumanji) we struggle to understand how he classes himself as a comedian especially when an arena show he played in London was filmed and the organizers got the crowd to stand up and applaud before the show had begun so as the cameras could record it for the dvd. It all suggests that the organizers didn’t have particular confidence in him either. So it’s with a certain sense of foreboding that we went to see his new film Night School.

Flunking crucial GED exams (whatever they are) Hart stomps out of the exam hall where all the students,  who seem to be played by actors ten years too old for the role, telling everyone that he’s going to make something of himself. What that turns out to be is an outdoor BBQ salesman. Yet he doesn’t seem to have done too badly for himself, driving a porsche and has a successful business woman for a girlfriend. It’s only when a marriage proposal to her goes disastrously wrong and he destroys the BBQ centre that he finds himself unemployed and unable to get a new job not having his GED exams (nope, still no idea what they are). 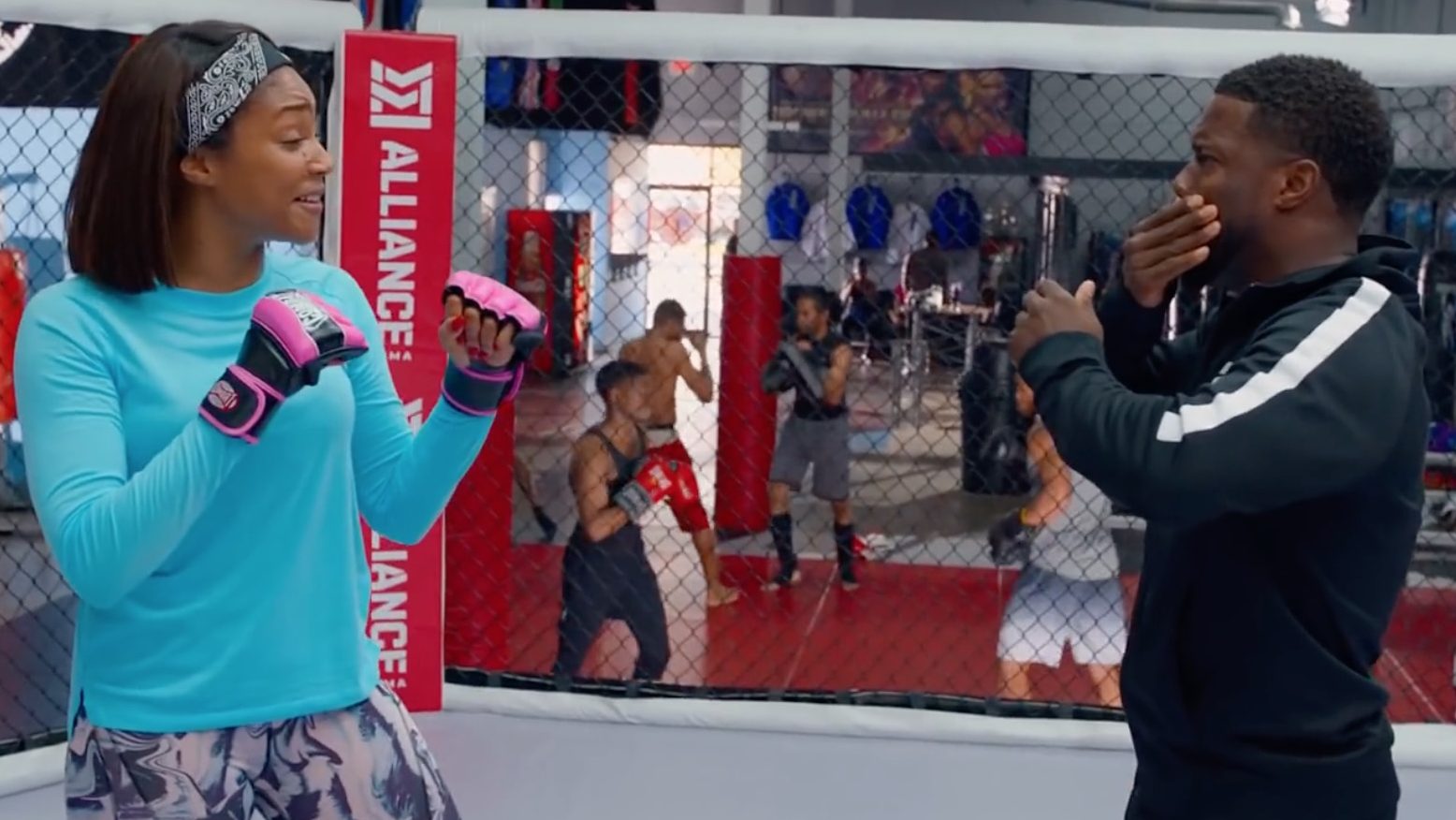 Night School has a series of predictable jokes which has taken an incredible six writers including Hart to come up with but it’s when Hart attends Night School to study for his GED exams (any clues anyone?) that things get better. It’s at the Night School where his fellow pupils have a great scene where each introduce themselves with a Spanish writer who Hart had unintentionally got sacked when trying to swerve the bill for a meal and a black male obsessed with technology being on the brink of taking over the world. Unfortunately as entertaining as each of the characters is, apart from Anne Winters who plays the token underwritten pretty girl, none of the characters are much developed with only one having anything near what might be called a character arc. Ultimately though these characters are stereotypes much like the one both Hart and the teacher Tiffany Haddish (Girls Night) playing African American as hysterical caterwauling sociopaths is hardly progressive stuff – you just can’t imagine someone like Denzel Washington allowing himself to play such a role. 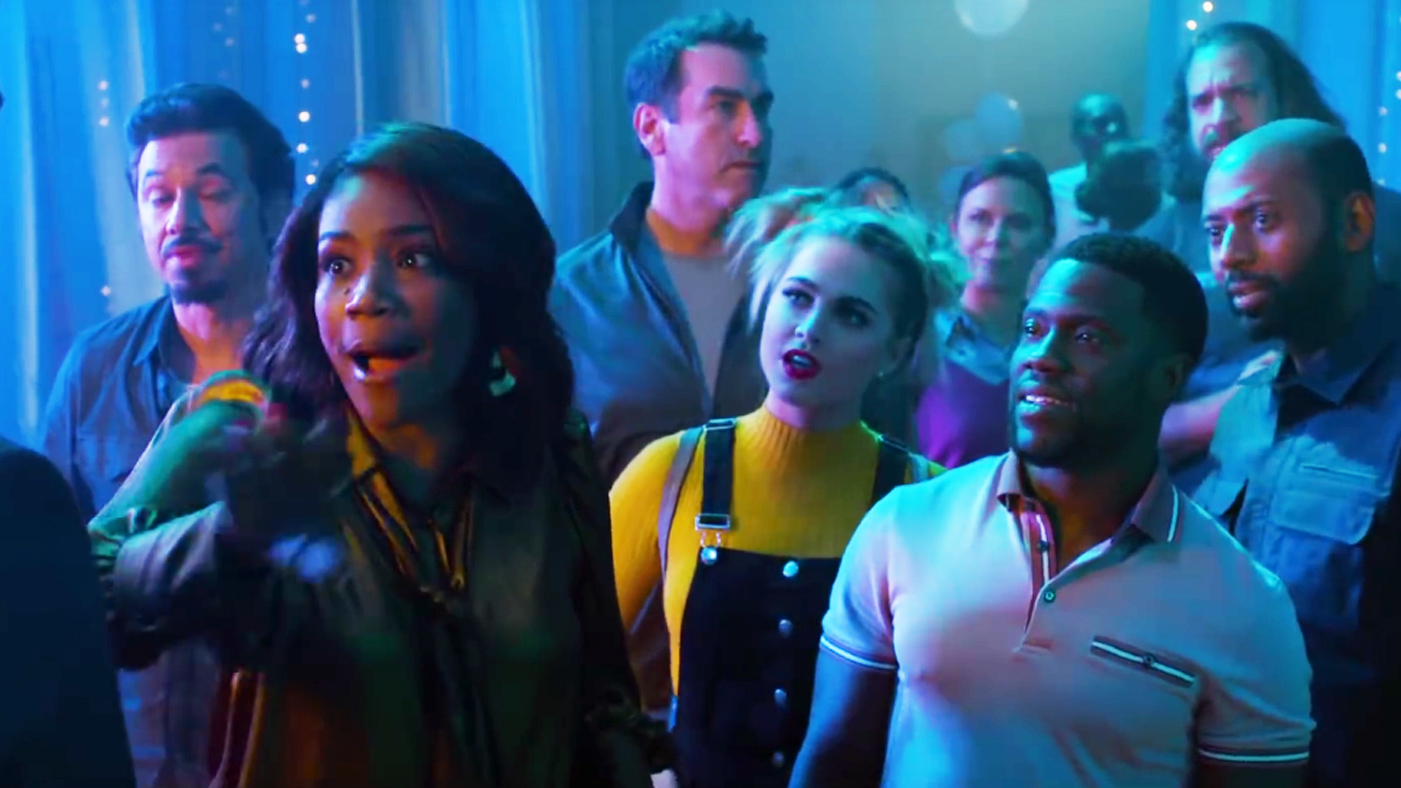 With all of them relying on getting through Night School to further themselves it comes as no surprise as to how it all ends. Unfortunately it takes a long time to get there and when it does it rushes it and this, being one of those films where, hey, if at first you don’t succeed try again, so as demanded by this type of film there’s the uplifting message set to a whooshing uplifting score tempered with sincere piano tinkling.

Fans of Hart will lap this all up and anyone who’s not a fan of the diminutive star will find this not as grating as he usually is but at almost two hours this is overlong.