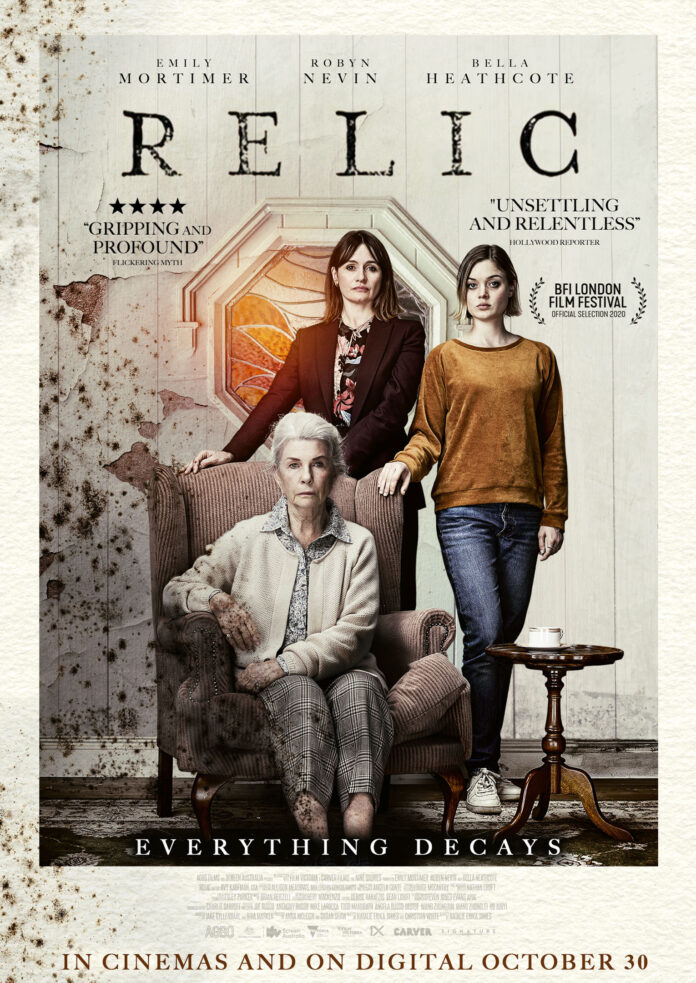 In a year that has seen Australia decimated by a bushfire, countries devastated by floods and earthquakes and of course the entire world laid waste by Kung Flu the release of a film with a central character rapidly deteriorating from dementia almost seems like a bit of light relief. Unfortunately you’re unlikely to get any comfort from Relic, a horror film with a hint of mystery. 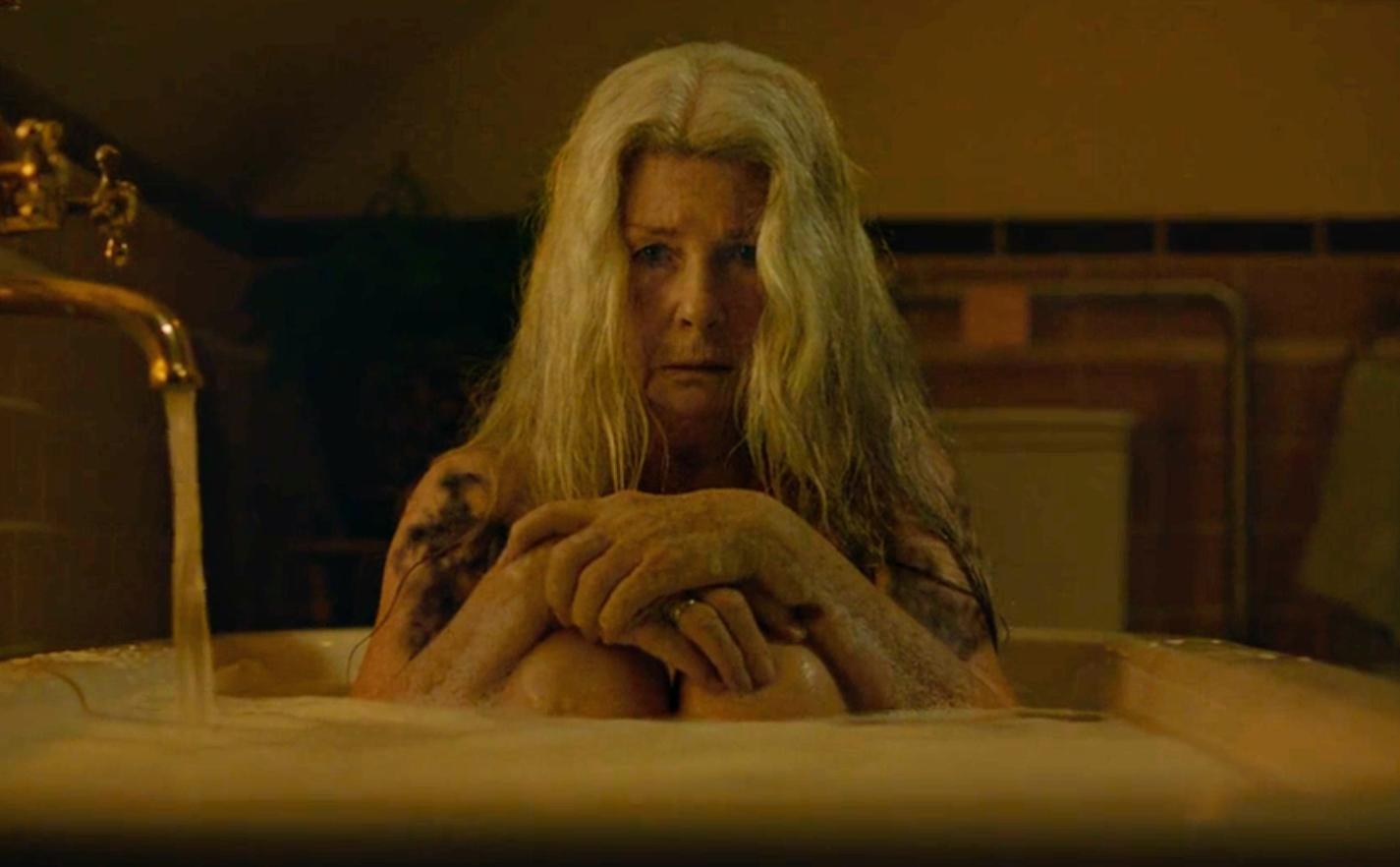 An opening scene sets the tone with an overflowing bath and the water running down the stairs to where an elderly and bewildered naked woman stands in her dilapidated hallway staring at the flickering Christmas tree lights like a past its sell by date Katie Price arriving too late at an obsolete sex doll Christmas party. The woman is Edna (Robyn Nevin)  mother to Kay (Emily Mortimer) and grandmother to Sam (Bella Heathcote) and both arrive at Edna’s house concerned about her welfare only to find that she’s gone missing. Grandma lives in a large house, too large for her to look after properly and her inability to do the housekeeping is everywhere. Having reported her missing to police they wait in the house for her return and a few days later she turns up in the kitchen with no explanation of where she has been or why she left. 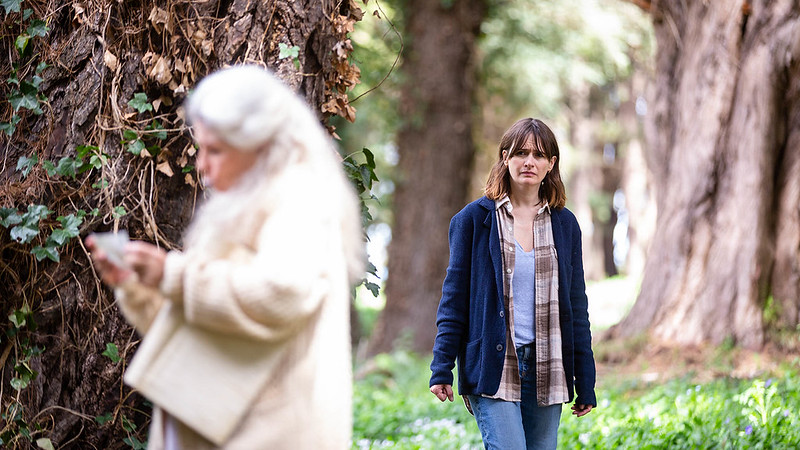 But it’s clear that Edna is no longer the mother and grandmother that Kay & Sam remember. Spiky, irascible and increasingly aggressive and violent towards them both, Sam, having dropped out of college, offers to move in and look after Grandma much to her mother’s annoyance. But all is not right as a neighbour explains why he keeps his son away from Edna and things go bump in the night in the house. Right from the start the film strikes an unnerving mood and the second act becomes a series of chilling episodic moments as Edna slides ever deeper into dementia whilst Kay & Sam try to piece together what has gone on in the house. It all builds to an especially unsettling extended scene with Sam trapped in rapidly shrinking corridors whilst something unseen pursues her. It’s both claustrophobia inducing and creepy and is cross cut with Kay searching for a now mentally collapsed mother as it builds to an unexpected climax. 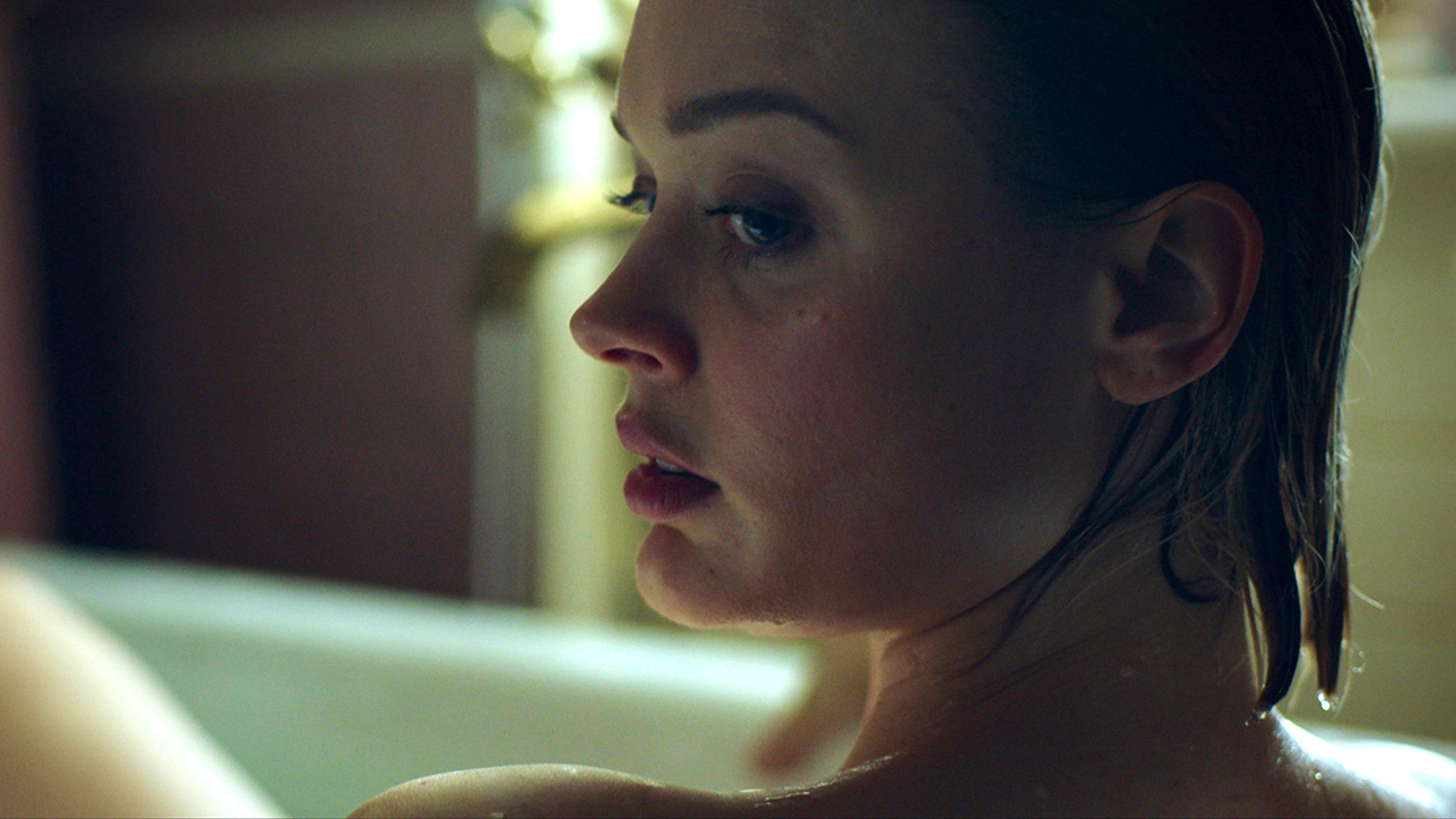 This is the feature film debut of Natalie Erika James who also co-scripted the film and is as effective in its creepiness as The Babadook, another Australian film with a mother and child in terror of the unseen. Relic is something of a slow burn akin to that of Hereditary and could have done with tightening up in middle act which is essentially a series of creepy moments as good as anything that James Wan or Ari Aster have given us and as a calling card for the horror genre James has a huge future ahead of her.