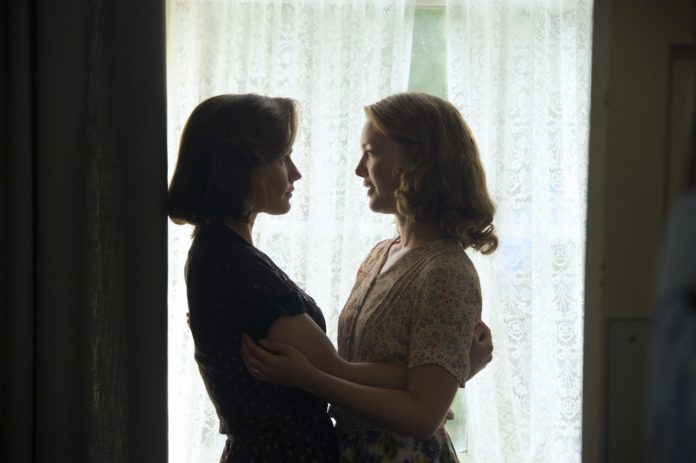 So when you’ve directed a summer blockbuster that bombed harder than Bomber Harris over Dresden then it’s hardly surprising you take a 25 year break before your next film and that’s what’s happened with Annabel Jankel with Tell it to the Bees after 1993’s Super Mario Bros , two films which couldn’t be more different. Based on the novel by Fiona Shaw Tell it to the Bees is set in the 1950’s and has single mother Lydia Weekes (Holliday Grainger) working in a mill trying to pay her rent and support herself and young son Charlie (Gregor Selkirk).

With bailiff’s knocking on her door her situation grows ever more desperate and when her son needs medical treatment she turns to the small towns GP, Dr Jean Markam  (Anna Paquin looking like Susanna Reid’s frumpy sister) who lives in a huge house she has inherited from her late father.  Lydia’s is as fearful of the cost of the Dr’s treatment as a pensioner is of a gas bill during a cold winter but right from the moment when the GP requests to see Lydia on the pretext of offering her a job as her housekeeper  there’s the spark of romance. But this is 1950’s Britain where sexuality, especially gay relationships, are repressed and when they do finally get it on, albeit not anywhere  near as graphically as seen in Disobedience, you know its doomed to end badly. 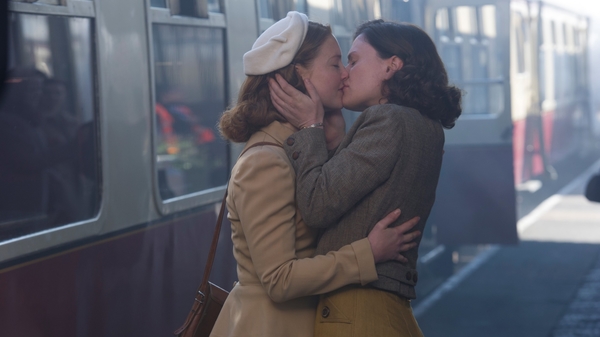 Having taken the house keeper job and moved in with her son the two women’s attempt to hide their love from Charlie is going to be found out and in fairness it’s difficult for the boy to come to terms with what in stumbles across in a small town 1950’s village. So with a volatile and largely absent father Charlie nurtures an interest in beekeeping and it is in them that he confides hence the film’s title. Almost to emphasize the pint there’s an enormous amount of close ups of bees which will have wannabe David Attenborough’s rapt but the film takes it further with a bit of a daft CGI which plays like an art house version of the Michael Caine stinker of a disaster movie, ‘The Swarm’.

The leads are decent but due to the period setting it’s inevitable that all will not end well and there’s a frankly meaningless voiceover and there’s and jarringly out of place abortion scene that just doesn’t sit right with the films bigger theme. Whilst its a competently made film Tell it to the Bees is unfortunately as good a word of mouth as the film will get.

Here’s the Tell it to the Bees trailer…….

Prince has a Queen for a day…….