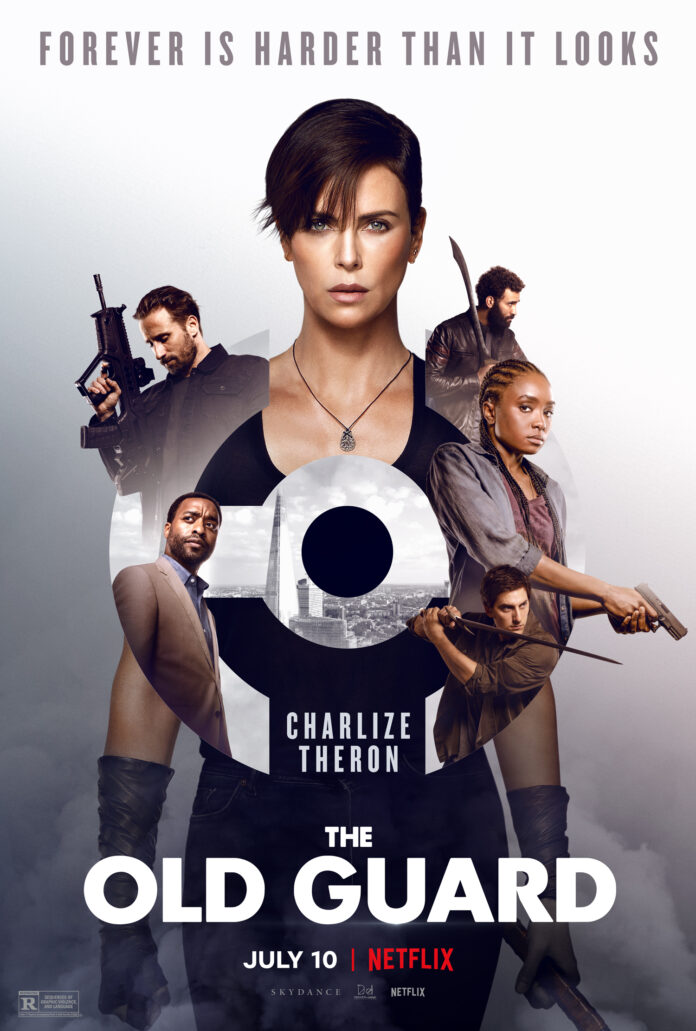 Starting with the whole cast dead is how we’d like to see a load of rotten movies start but here it’s The Old Guard led by Andy (Charlize Theron looking her usual drop dead gorgeous self) and the film quickly reveals that she’s has been around for centuries and yet still looks no older than 40 and in that respect this could be The Story of Cher. Andy, along with her three fellow warriors, one of which is a young Vladimir Putin until we realized it was actor Mattheus Schoenaerts, can self heal in a style not unlike the T-1000 for they are flesh and bone terminators – four warriors who have found each other over the centuries as they have the same superpower and have banded together to save those whose children will go on to do good stuff like find a cure for polio (though they regrettably fail to locate Donald Trump’s parents in time). It’s that type of Op that shadowy CIA man (Chiwetel Ejiofor) employs them for until a mission goes awry.

It’s into all this that the troop discover a fifth warrior Nile (Kiki Layne) a black female marine killed in action only to find herself resurrected and its Theron who takes Nile under her wing breaking the news that like them she is immortal. In the words of Freddie Mercury’s power pop ballad, ‘Who wants to live forever?’  – well it seems that given any Hollywood actress would if they can retain their looks as the 1000 year old Theron does rather than ending up like a Christmas balloon in a dead pensioners house. 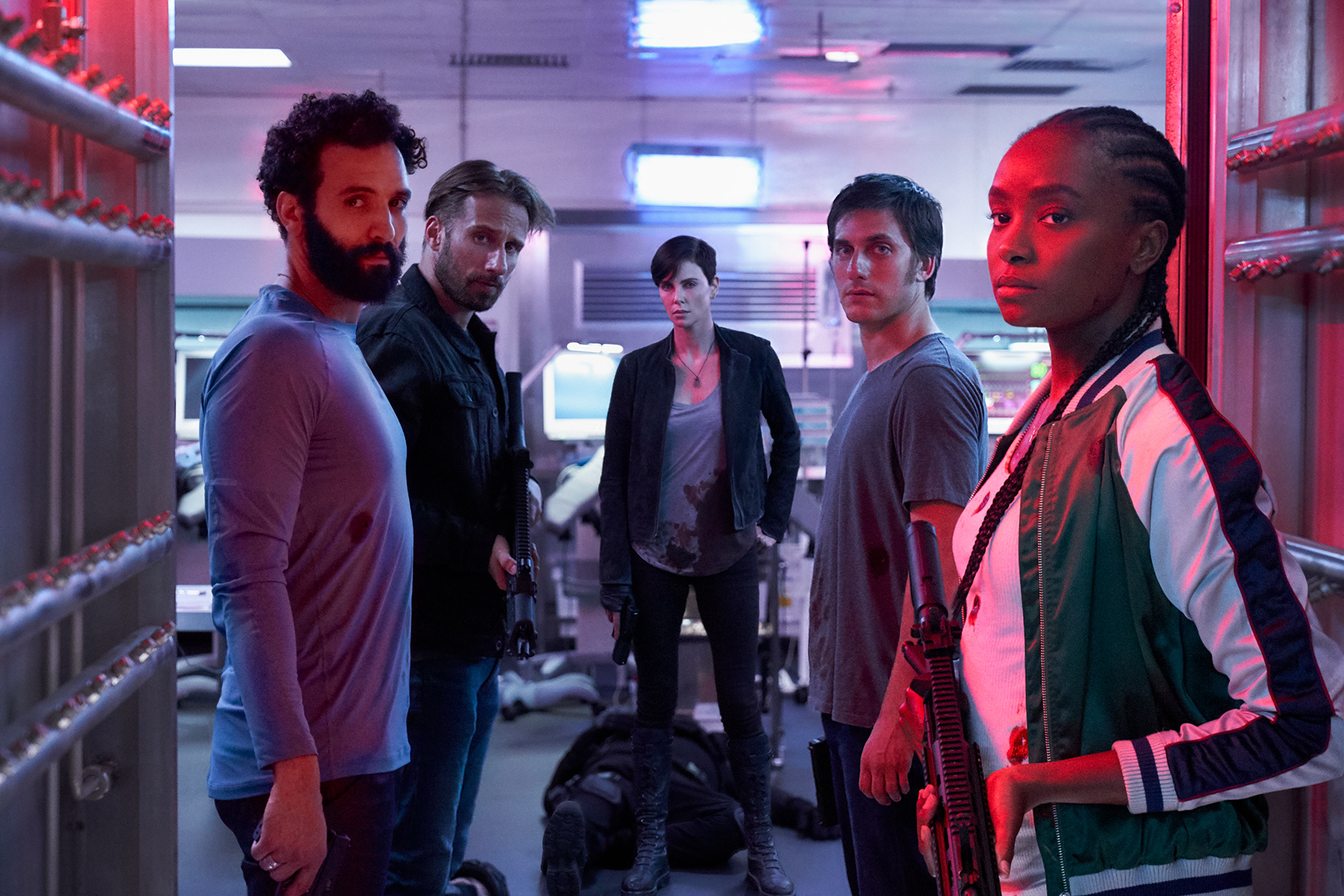 The Old Guard, now with a new member, find themselves hunted by mad scientist Merrick played with pop eyed fervour by Harry Melling looking like a pinch faced demonic gnome with haemorrhoids whose sat down too quickly. Its him that wants to harness the old guards secret of immortality presumably with every cosmetic  manufacturer as a potential client and it all builds to its inevitable smack down. The Old Guard is an adaptation of a graphic novel by Greg Rucka who also writes the films screenplay and it’s part origin movie (plenty of exposition flash backs) and part action franchise starter hopping around the world taking in Morocco, Sudan France and even Surrey. Theron has proved her action credentials with Atomic Blonde & Mad Max Fury Road and she is more than capable of fronting the genre and here she has a floppy fringe that gives her a Ruby Rose look but without the ankle to armpit tattoos making her look like the notepad at the side of my phone. Directed by Gina Prince-Bythewood  she unfortunately find her film in the shadow of Netflix’s Extraction with its exhilarating action packed set pieces, notably its 12 minute single shot of furious fist and fire fights, which has set the bar high and by comparison this looks saggy and at over two hours it is fatally overlong which makes The Old Guard look….well….old.