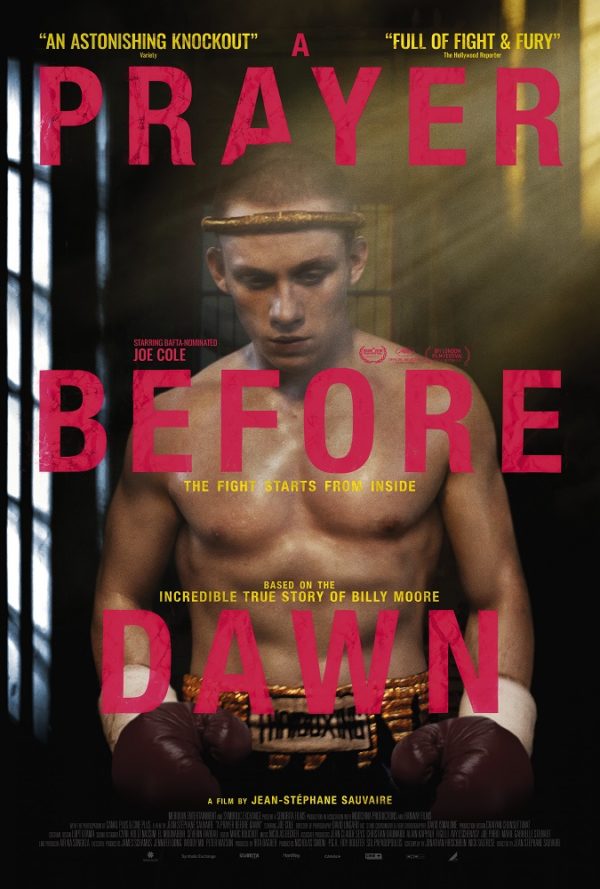 Trying to get that extra bottle of duty free on the plane is always been a challenge for the Editor despite his best efforts at loading premium bottles of scotch down his trousers and furtively skulking round the airport like Jimmy Saville at a children’s  ward. (‘You’re fired!’ – Ed).  A Prayer Before Dawn is somewhat more serious than trying to get cut price bottles of plonk through customs as here it’s  Billy Cole (Joe Cole) getting caught in a Thai drugs bust and ending up in one of the worst prisons in Thailand.

Alone, surrounded by the worst of the worst prisoners and unable to understand the lingo  Billy is completely isolated. He’s soon singled out as an outsider by the gangs and undergoes the ultimate prison humiliation, male rape. Repeatedly suffering the indignity and humiliation and isolated by the overcrowded cells he soon realises he has to take charge of his own destiny getting to know that cigarettes are prison currency but better still is learning to fight and take part in the prison run Muay Thai fighting tournaments which will curry favour with the prison governor and ultimately could get him his freedom.  To balance the brutality is an emerging romance with one of the prison volunteers who turns out to be not all she might be. 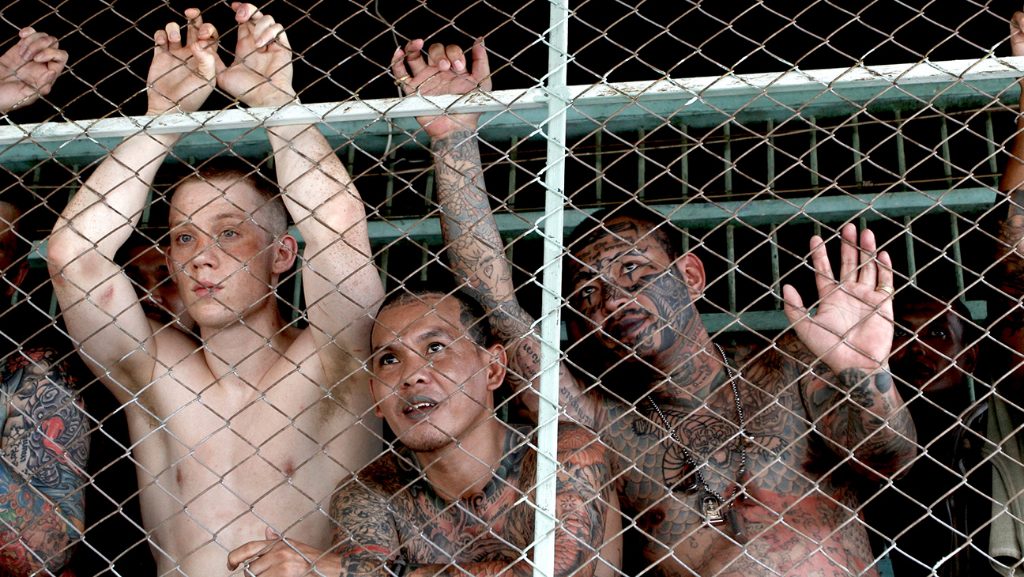 Joe Cole is convincing  in the lead role and director Jean-Stephane Sauvaire has captured authentic looking boxing bouts where once again Billy takes a right battering in the ring (stop it! – Ed). That air of realism is hugely helped by the casting of real life ex-inmates , all covered in gang tattoos and grouped together talking to him in language he doesn’t really understand and the air of imminent violence hanging in the air. Sauvaire uses a lot of handheld cameras which lends itself an immediacy and intimacy to the brutality but this is how all the boxing bouts are shot and ultimately it all gets a bit relentless and wearing with the only drama being that when he suffers serious internal organ trauma but has the dilemma of whether to fight on for his freedom despite the fight having potentially fatal consequences for him.

Based on a true story it’s initially difficult to sympathise with a person banged up for drug dealing and in many respects this is much like Alan Parker’s 1978 equally brutal ‘Midnight Express’. A Prayer Before Dawn is an apt title though because at just at under two hours this is far too long.

You can read a little about the making of the film here.

How Nicolas Cage was persuaded to play Nick Cage in The...