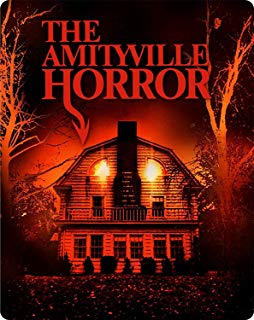 The 70’s was a truly great era of horror films. Starting with the late Tobe Hooper’s The Texas Chainsaw Massacre it was followed by The Exorcist, The Omen, Halloween, Dawn of the Dead, Carrie and Alien.  One of the last of that decade was 1979’s The Amityville Horror based on an allegedly true story of the Lutz family and their three children who buy, what they believe, will be their dream house. They were soon to find it was to be a house of nightmares. In fairness their estate agent had made them fully aware of what turned out to be extremely macabre history. 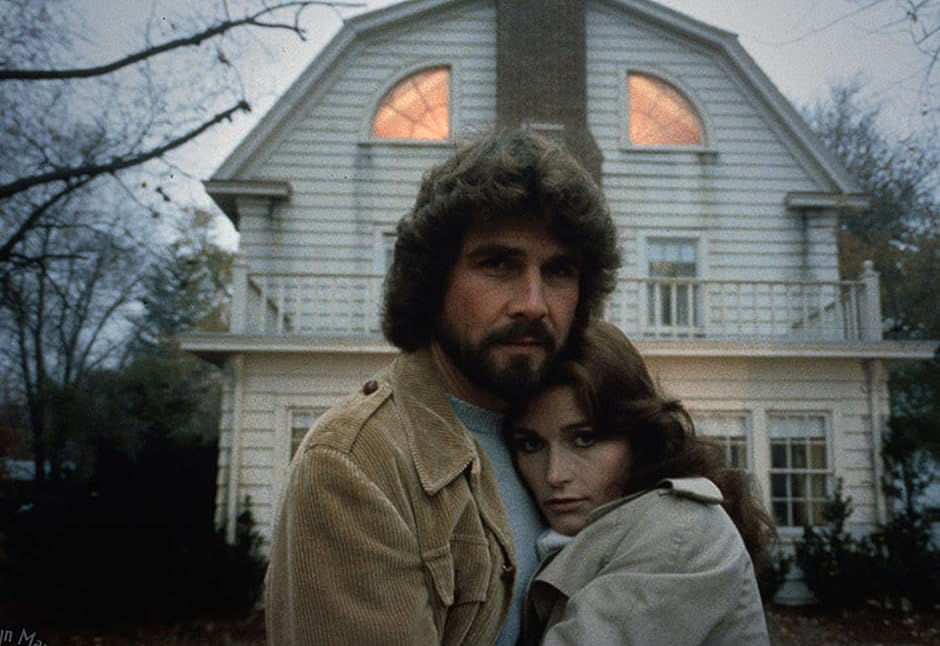 The address of the house 112 Ocean Avenue had been the scene of a murderous atrocity.  Ronald DeFeo Jr who lived at the address with his younger siblings went to a nearby bar and told some of the people there that he thought his parents had been shot. Some of them went along to the house to find that the 23 year old Ronald DeFeo Jr had used a rifle to shoot dead in their beds all six members of his family. Unsurprisingly DeFeo is serving six concurrent prison sentences of 25 years each effectively meaning that he will die in prison. Despite the house’s horrific history the Lutz family bought it anyway and moved in.

The film was based on a 1977 best selling book by Jay Anson who passed away the year after the film was released. It was Sandor Stern a respected TV writer who adapted the film after the studio were disappointed with a version another writer had turned in. The project was then turned over to the late director Stuart Rosenberg  a safe pair of hands who had started off in TV before making his feature film debut with the great Paul Newman film ‘Cool Hand Luke’.

With James Brolin and the late Margot Kidder cast in the lead roles filming began without any glitches despite the studio doing their best to find spooky occurrences on set to help market the film. Effectively a real life haunted house story the Lutz family were so terrified by the goings on that included swarms of flies invading the house, in their fire place one night the  parents saw an image of a demon with half his head blown off which was then burned into the soot on the fireplace’s back wall, a rocking chair in one of the children’s bedroom started rocking back and fore on its own, a pair of glowing red eyes was seen outside the children’s bedroom window, green slime oozing from the walls,  a crucifix on the living room wall inverting itself and the father tripping over a lion ornament only to find a bite mark on his leg. These and many other things occurred and finally it all became all too much and the family fled the house in the middle of the night in absolute terror.  Many of these things have been used in horror films since but The Amityville Horror was the original film to feature them.

The film was a huge success making over $86m in the US alone and earning an Oscar nomination for Lalo Schifren’s score. The film’s box office bonanza inevitably launched an extremely patchy franchise with the second film in 1982 featuring the DeFeo family massacre which is an uneasy watch. From thereon the franchise spiraled dramatically downwards in quality with a third film in 3D as was the fad at time but the most recent in the franchise, ‘Amityville : The Awakening’ made in 2017 still sits on the shelf awaiting a release date in the UK which isn’t likely to happen anytime soon.

The Amityville Horror is re-released on blu ray with a whole bunch of extras with the most interesting being a commentary by Dr Hans Holzer, a parapsychologist whose book ‘Murder In Amityville’ looks into what went on. Here he discusses the validity of many of the experiences in the film that the Lutz family allege happened. It’s a really great extra far different from the usual director’s commentary albeit not possible here when Stuart Rosenberg tragically passed away in 2007 from a heart attack.

Also featured is a new interview with James Brolin called ‘Brolin Thunder’ for some inexplicable reason with a few interesting anecdotes mainly that of his brother also working as a double for him in the film. ‘Childs Play’ is an interview with Meena Peluce who played one of the Lutz’s children who recounts how he did his own stunts namely falling down the stairs which the featurette amusingly shows as him stumbling down a few steps with judicious editing making it look a little better. Although worryingly he retells a story in a somewhat salacious manner of barging into Margot Kidder’s dressing room when she was naked and uses words such as, ‘her bush’ and ‘snatch’. The fact that he also goes on to claim not to remember much about the director might explain why he’s not appeared in anything since 2001.

Better is the featurette with writer Sandor Stern who returned to writing for TV where he also began directing including the lamentable ‘Amityville:The Evil Escapes’ in 1989 and perhaps even more worryingly is how he took his 8 year old son to see the original film on its release traumatizing him for the rest of his life. Most disappointing is the Lalo Schifrin featurette because it goes on for too long mainly because he speaks so slowly but also you can barely understand what he is saying which is a shame as he’s provided the score for so many films including the iconic Mission Impossible theme.

‘For God’s Sake Get Out’ which was the film’s tag line, here is a longer feature from an older disc but much of what Brolin recounts is in ‘Brolin Thunder’. Longer still is the full length documentary ‘My Amityville Horror’ which came out as a standalone disc a few years ago which discusses what went on in the house with the real life son, Daniel Lutz, and it’s a difficult one to judge as he’s clearly been through some sort of ordeal but for cynics its unlikely to persuade or convince.

Like many of the retro films which are getting re-releases there’s a lot of love been put into the bonus features and is well worth investing in if the film is a favourite despite it being slightly dated by today’s horror standards although as writer Stern says he regards The Amityville Horror more as a suspense film.

The Shape of Water – FINAL TRAILER