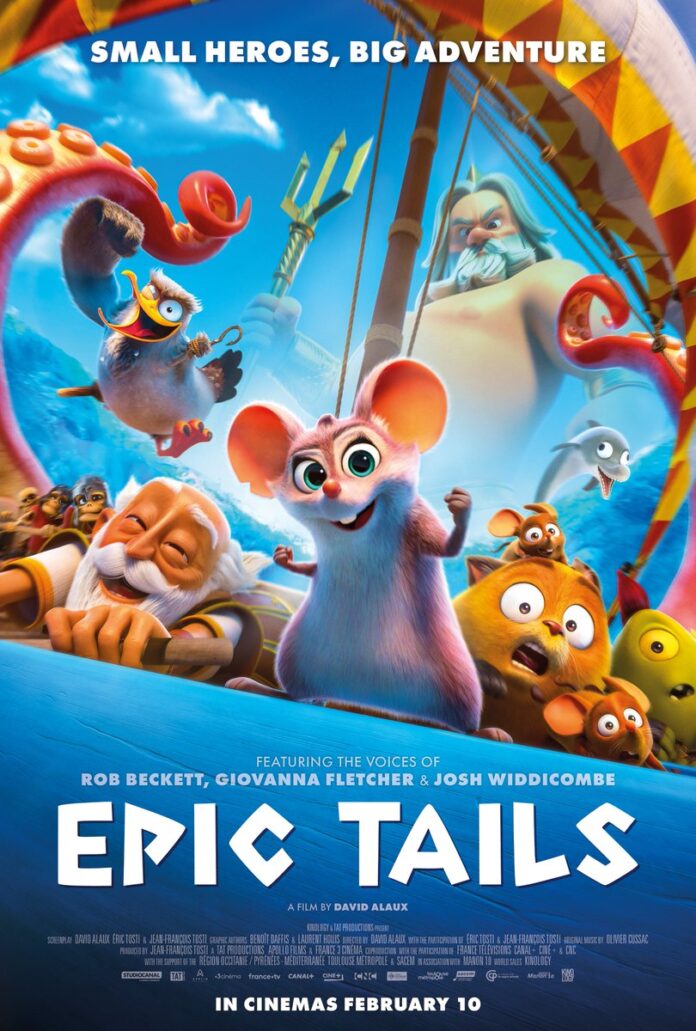 So with Christmas upon we’re getting all the Spring release film updates and especially the films aimed at the kids and here we have the Epic Tails trailer. Described as an hilarious and inventive comedy adventure for the whole family, EPIC TAILS features the special guest voices of Rob Beckett, Giovanna Fletcher and Josh Widdicombe as the many Gods of Mount Olympus, including Zeus, Poseidon and Aphrodite.

Andrea Riseborough talks about her role in Matilda the Musical

EPIC TAILS tells the story of super smart mouse Pattie and her feline friend Sam, as they embark upon an exciting adventure of paw-some proportions through Ancient Greece. With a little help from ageing hero Jason, the animals’ quest brings them face to face with some the most bizarre and dangerous creatures from Greek mythology, as they race to halt the threat posed to their city by Poseidon himself.

Here’s our list of the worst killer animal movies ever!

EPIC TAILS was created by French animation house TAT Productions and directed by David Alaux, whose previous collaboration The Jungle Bunch was one of the highest-grossing French productions worldwide in 2017.