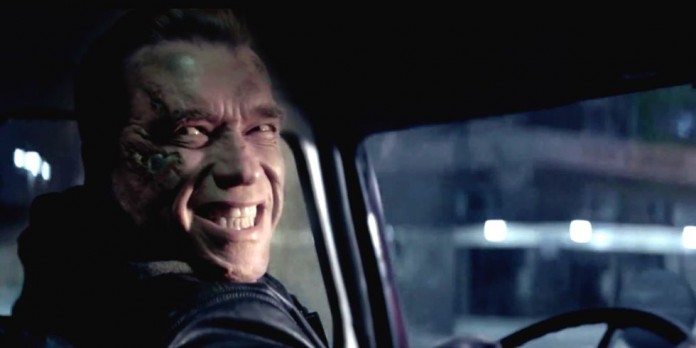 Last Summer saw the fifth Terminator film which was meant to be the launch of a new trilogy before the rights reverted back to James Cameron in 2019.

Unfortunately the film was somewhat stomped on by marauding dinosaurs from Jurassic World in terms of box office success taking a paltry $440m to the dinosaurs $1.6 billion.

However in a recent interview Arnie did in Australia when asked about a new Terminator he said, ‘I am looking forward to it, absolutely’.

Originally it was proposed that the release date for the new film would be May 19th 2017 but with no script, director or anything else in place we think Arnie’s reply should have been, ‘I won’t be back!’