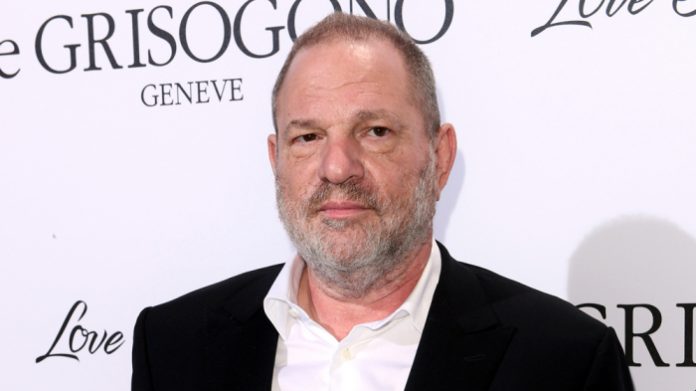 Harvey Weinstein along with his brother Bob built the film production company The Weinstein Company and became one of the most powerful and influential players in Hollywood with hits like Pulp Fiction, Shakespeare in Love and The Artist. However the future for the company now looks very shaky due to explosive revelations made in the press about Harvey Weinstein’s behaviour regarding sexual harassment to both employees and stars over decades. Those actresses include Ashley Judd who it is alleged was invited to a Beverley Hills hotel for a breakfast meeting only to be sent to his room where he was waiting and on her arrival he asked if he could give her a massage or she could watch him shower.

In 2014, Mr. Weinstein invited Emily Nestor, who had worked for only a single day as a temporary employee, was in the same hotel and made her the offer that if she accepted his sexual advances he would boost her career. This came from accounts she had told colleagues who then forwarded them to Weinstein Company executives. In 2015, again at the same hotel, a female assistant said Weinstein badgered her into giving him a massage while he was naked, leaving her “crying and very distraught,” wrote a colleague, Lauren O’Connor, in a searing memo asserting sexual harassment and other misconduct by their boss.

English actor Jessica Hynes claimed on Friday that Weinstein once asked her to audition wearing nothing but a bathing suit. “I was offered a film role at 19, Harvey Weinstein came on board and wanted me to screen test in a bikini,” the Spaced star wrote on Twitter. “I refused and lost the job.”

It gets worse as ex-newsreader Lauren Sivan claims Weinstein trapped her in the hallway of a restaurant and masturbated in front of her until he ejaculated into a potted plant in the hall.

Actress Rose McGowan is also alleged to have been the victim of his behaviour too and according to the Times she reached a $100,000 settlement with Weinstein after an undisclosed incident in 1997.

An investigation by The New York Times found previously undisclosed allegations against Mr. Weinstein stretching over nearly three decades, documented through interviews with current and former employees and film industry workers, as well as legal records, emails and internal documents from the businesses he has run, Miramax and the Weinstein Company but it is known that Harvey Weinstein has reached at least eight settlements with women, according to two company officials speaking on the condition of anonymity.

Weinstein is a master of marketing strategy having steered many of his films to Oscar glory so was only too aware that he had to do some damage limitation very quickly and issued a statement and took gardening leave from the company. He also has refuted some of the allegations and has hired the same lawyer who represented Hulk Hogan who sued the video hosting company that put his sex tape on line and won.

The allegations about his behaviour towards women is long and the toxicity of the claims reflect badly on the company in so far as some sponsors are likely to sever their connection with him.  Finance for the company to make films has started to become an issue because , like all the studios, the box office for films has been on the decline as seen in the returns for several summer blockbusters. The company have not had a Best Film Oscar win for six years. It seems that many in the industry have been aware of the rumours for many years but has not stopped them from dealing with the company but this may put an end to it. Weinstein was apparently in advanced talks with a major investor before the story broke so who knows what will happen with that potential deal going ahead.

The industry has been hit by a raft of allegations over the past couple of years with Bill Cosby being the highest profile case followed by the talk show host Bill O Reilly and this latest may open the floodgates for others.

Weinstein though is a marketing genius so it’s likely that he will  remove himself from the company completely for a year or two and keep a very low profile and to rehabilitate himself he may come back with an Oscar winning quality film. It could happen as we’ve seen with Mel Gibson and Hacksaw Ridge.

One thing that’s for sure is further revelations are bound to follow.