So the usual jamboree that is the film premiere red carpet event is always a bit of a battle to grab a 10 second interview with a star and usually the star has to answer the same banal questions with a rictus grin.

British audiences may remember interviews in the 90’s carried out by fake journo Dennis Pennis asking Hollywood stars the most outrageous questions and not so long ago so cable TV presenter hld a fake mic which squirtrd water in Tom Cruise face much to his annoyance and almost launched criminal proceedings against the journo.

So the latest in the long line of japery is this interview with Kristen Bell at the US premiere of ‘The Boss’……all clearly set up but its something a bit different for these red carpet occasions. 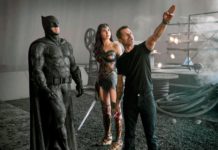 Judi Dench’s next film will be…….