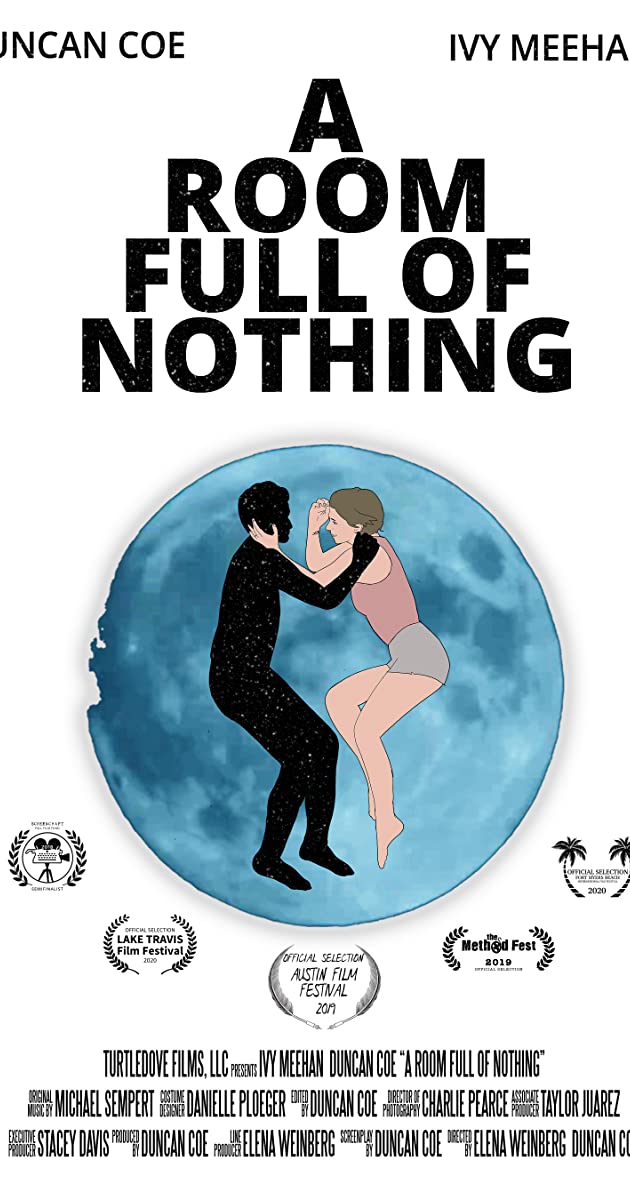 So whilst we’re all on lockdown doing our best to get to get through the self isolation it hardly helps when our Editor calls us gleefully asking if we’re all getting ready to be bull dozed into a mass grave like unwanted Christmas pets. Adding to this air of dystopia is the release of  A Room Full of Nothing which, though it was made well before the situation we now find ourselves, follows a couple who  find themselves the only two people left in the world. 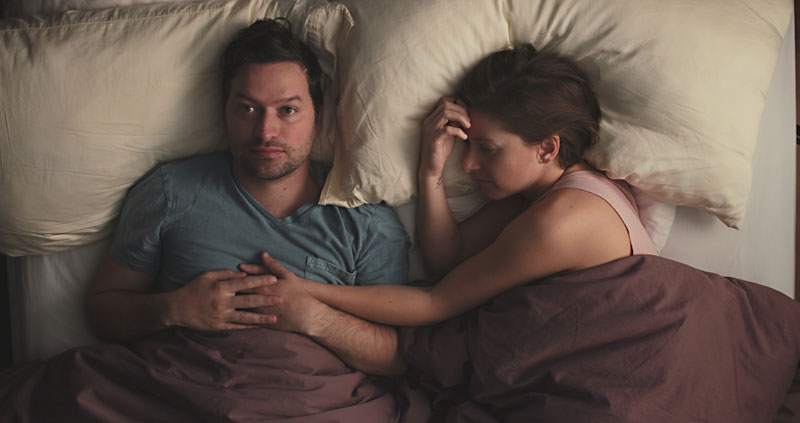 Written starring and co-directed by Duncan Coe he plays Barry, a jobbing actor getting bad reviews in a local theatre play. At the same time his artist girlfriend Phyllis (Ivy Meehan) is displaying her work at a local gallery run by a less than supportive owner. Writer’s are always told to write about what they know and Coe casts an enjoyably bemused look at the flaky wasters around him which includes an actress telling him about ‘manifesting’  – the premise being that if you put a wish out to the universe it becomes a reality which would suggest that the universe has a peculiarly warped sense of ironic humour by allowing Amanda Holden to be a judge of talent on BGT.  ‘F**king Califonians!’ says his girlfriend who has also had enough of uninformed critiques of her collages which in fairness does look like it been put together by the inmates of a high security  mental institution.

From the light fingered elderly neighbour who takes their morning paper to auditioning for a hipster producer with a man bun its hardly surprising that Barry looks on them with restrained exasperation and barely contained bemusement. It’s these periphery characters which seem to be drawn from real life experiences and what makes the first act of the film so enjoyable. Having told Phyllis about ‘manifesting’  the pair laugh as they put it out there that these types they deal with no longer existed…..and like a warped genie their wish is granted as the pair wake up the following morning to a world without people. Streets are empty, shops are closed and perhaps best of all there’s no social media with celebrities desperate for approval and relevance inflicting renditions of Imagine presumably in an attempt to finish off any hope for the world’s population.

Be careful what you wish for runs through the film and initially the couple struggle to come to terms with what’s happened with Barry’s initial bemusement returning to frustration and despair as eventually they both leave the house trekking through woods in a Blair Witch like moment to the open beaches. It’s the latter half of A Room Full of Nothing starts to falter as the lightness of touch early on perhaps understandably becomes ever more bleak and even existential but doesn’t quite manage to sustain interest for its entire though brief 85 minute running time.

Here’s the trailer for A Room Full of Nothing…….